swiss-born, san francisco-based designer yves behar of fuseproject has designed an android-based game console for startup ouya, a new company backed by former microsoft VP of game publishing ed fries and other technology professionals. connectable to a TV for playing, the device is intended to be opensource, packaging a development kit with every unit; and uniquely, games can be developed and published by anyone, all free to play.

the price point for the console is 99 USD. update (7/11/12): ouya has just started a kickstarter campaign to fund the opensource project, which in under 24 hours became the most rapidly funded kickstarter project ever with over 2 million dollars pledged (the current kickstarter record for total pledge money stands at 10,266,845 USD, for the ‘pebble’ e-paper smartwatch). users can preorder the 99-USD device through the kickstarter campaign for special early shipment in march 2013. specifications about the android-based ouya console:  – tegra3 quad-core processor  – 1 GB RAM and 8GB of internal flash storage  – HDMI TV connection, with support of up to 1080p HD devices  – wifi and bluetooth LE -enabled

the console connects wirelessly to controllers, each of which features a D-pad, two analog sticks, eight action buttons, a system button, and a touchpad. 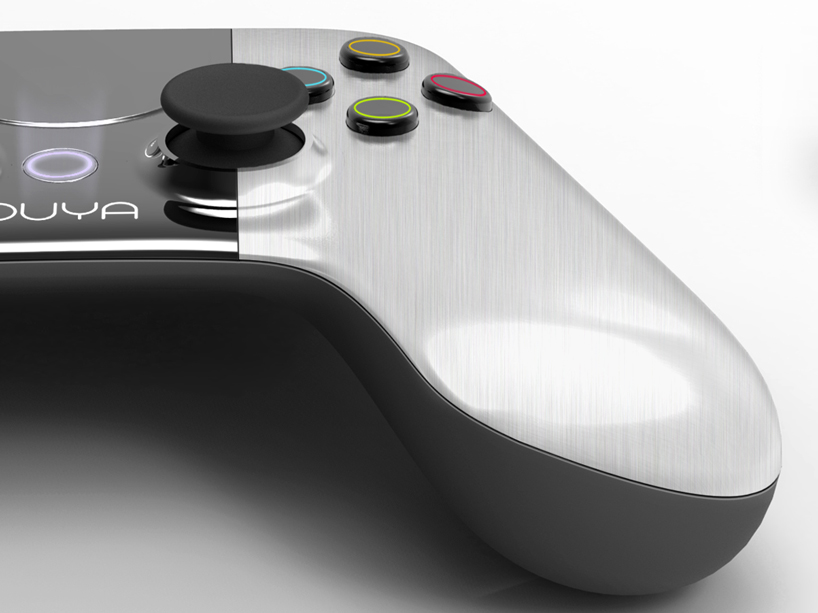 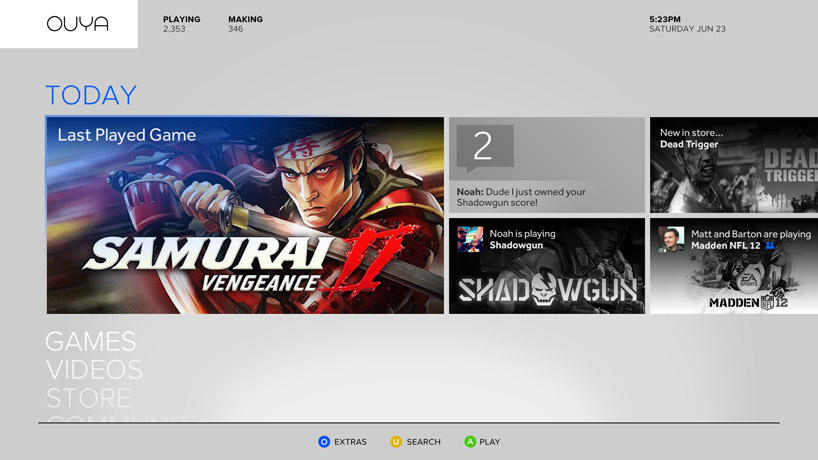