palo alto-based startup cobalt robotics is aiming to distance the robot from it’s ‘nightmare-inducing’ metal stereotype with their latest creation. designed by yves béhar and his company fuseproject, these fabric-covered security robots put design firmly at the centre of normalizing human-robot interaction. each security guard bot is a conical sculpture with the intellegence of an autonomous car, and is designed to work alongside humans to keep offices safe by patolling the premisis without intimidating employees. 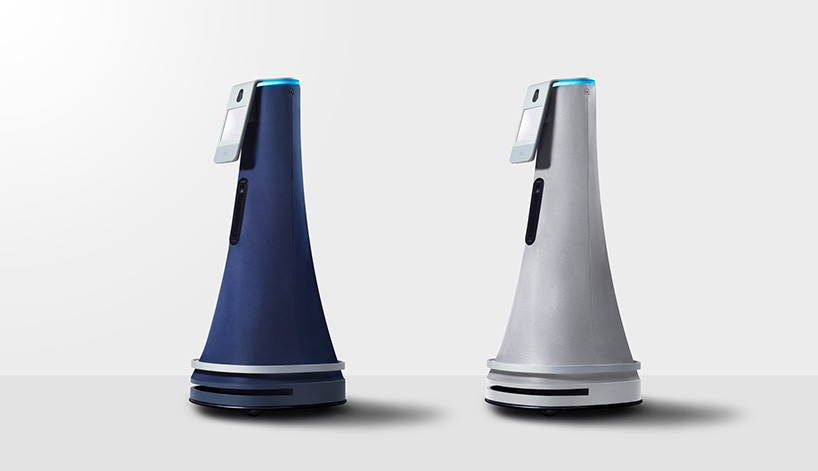 far from being a new player in the world of robotics, cobalt comprises a highly qualified team. the startup has been cofounded by travis deyle, member of MIT technology review’s 2015 list of young innovators, along with spaceX safety engineer erik schluntz, who worked with deyle at google X to develop smart contact lenses. human-robot interaction expert dr. leila takayama also aided the cobalt team to ensure the optimum safety and intelligence of the robots. the finalized creation uses redundant sensors, state of the art algorithms, and powerful perception to work alongside humans in the safest way possible. 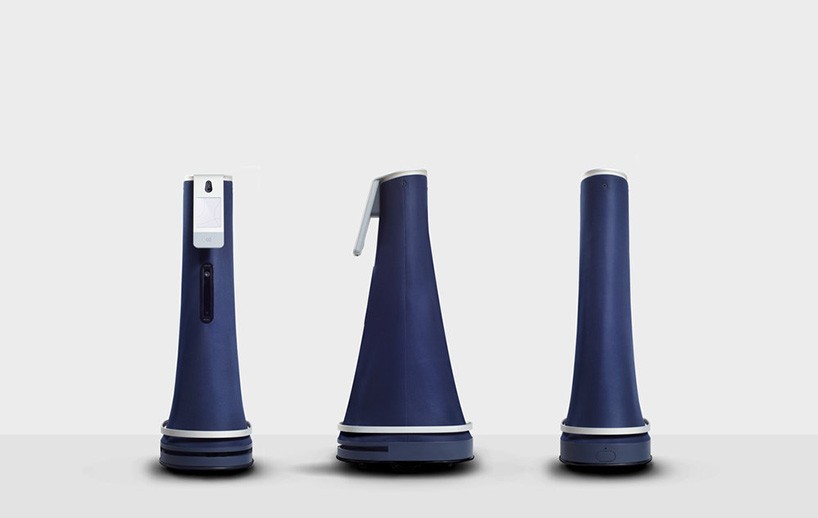 each uber-intelligent bot uses powerful sensors including 360º day-night cameras, thermal cameras, laser scanners, and environmental sensors including carbon monoxide and smoke detectors. the bots even have a badge reader so that employees can identify themselves to the machine. in fact, their artificial intelligence is equal to that of a self-driving car, meaning the robot security guard has a perfect recall and an auditable history of where it was, and what it saw. the bots can detect and flag security-relevent conditions or anomalies, such as unusual people, open doors and windows, or suspicous items. when alerted to a problem, the robot will either autonomously respond to the situation, or initiate a video call with its remote ‘human pilot’ who can take control. 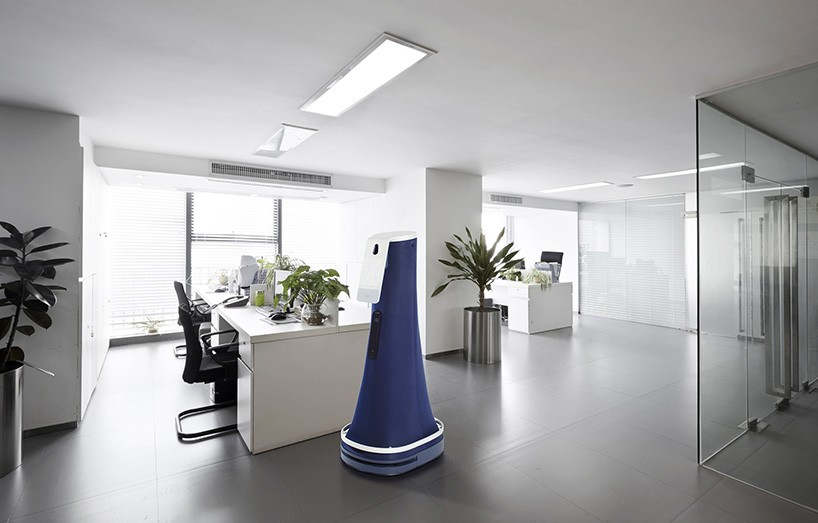 of course, user interface is the key to any computer-human interaction, and the bot is controlled by a simple touch screen on one side of the structure. the device has a direct microphone for clear communication, and an LED ring which signals when the robot is in action. the bots can navigate around your building autonomously and learn the normal state of the premises, mapping their own paths of where to go. cobalt’s robots can also generate 3D maps of sensor data such as wifi signal strength and temperature. 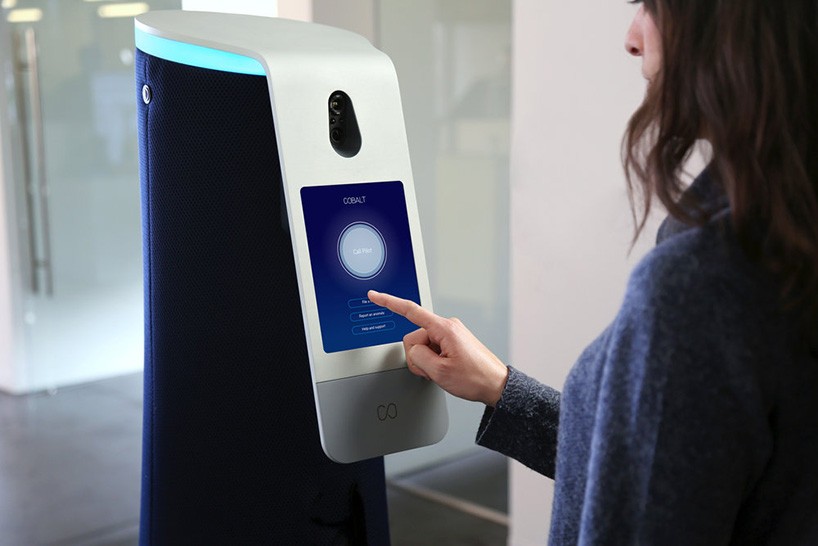 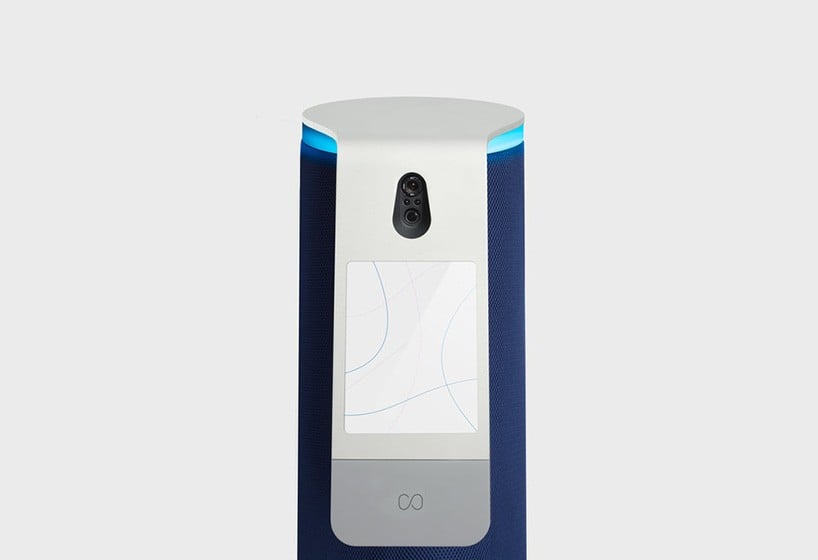 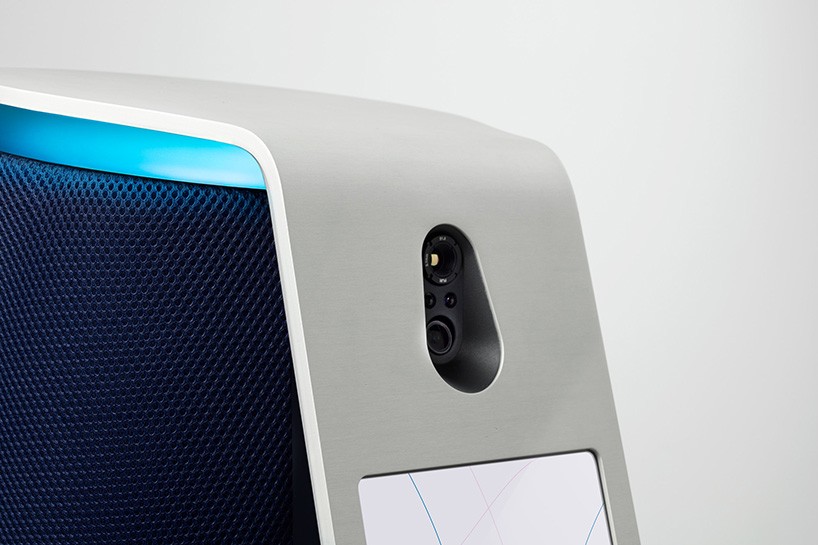 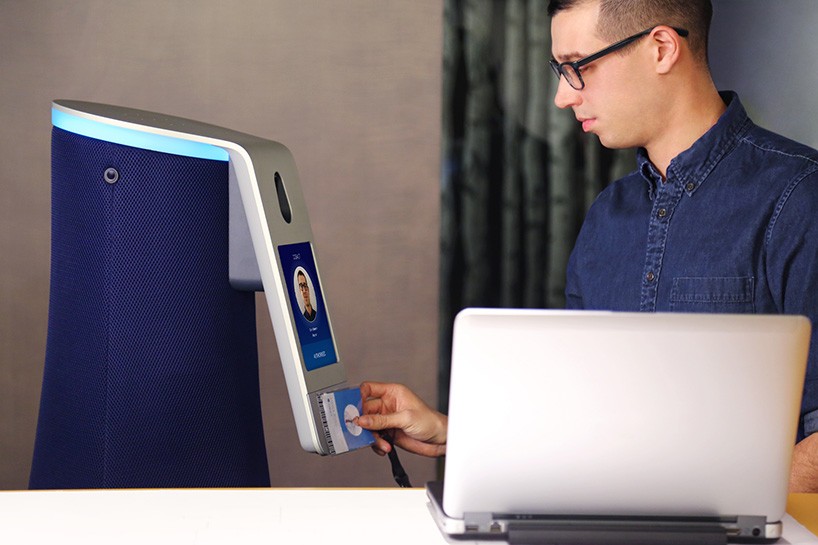 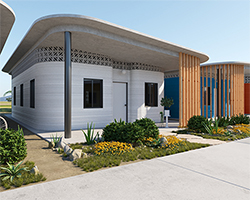