when it was unveiled back in 2016 many hailed yves béhar‘s robotic snoo as the world’s first smart crib – an AI-powered robot that takes care of a baby so no-one else has to. a welcomed remedy to the cries of tired parents everywhere, it has since earned celebrity endorsements from, among others, justin timberlake, scarlett johansson, ashton kutcher, and serena williams. after all, whose life is more stressful than this pool of wealthy people? 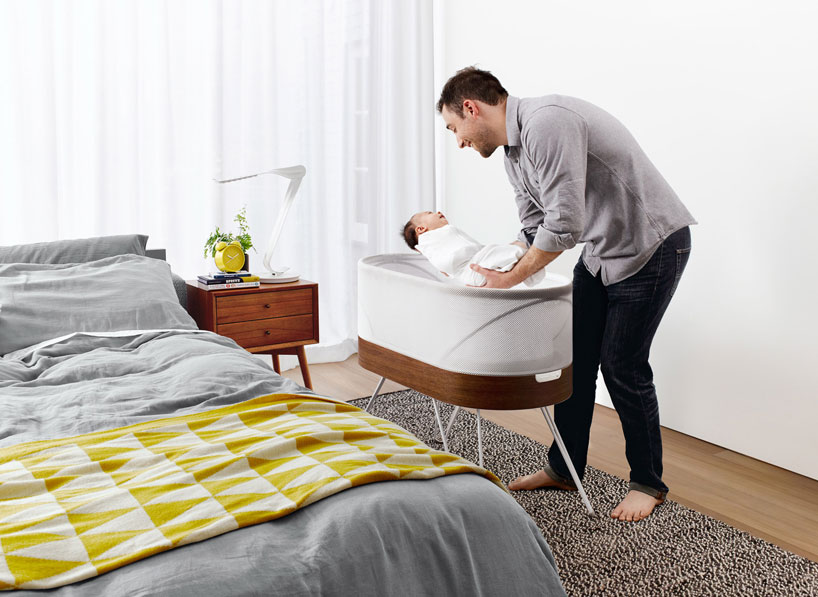 the crib comes from béhar’s fuseproject design studio who worked with dr harvey karp, an LA paediatrician and the author of the happiest baby on the block. for five years they researched and developed the snoo, which according to the béhar, is the ‘world’s safest bed’. what it basically does is rock a baby out of its woes so parents can get a good nights sleep too. the question is: is it the best way to calm a crying baby? 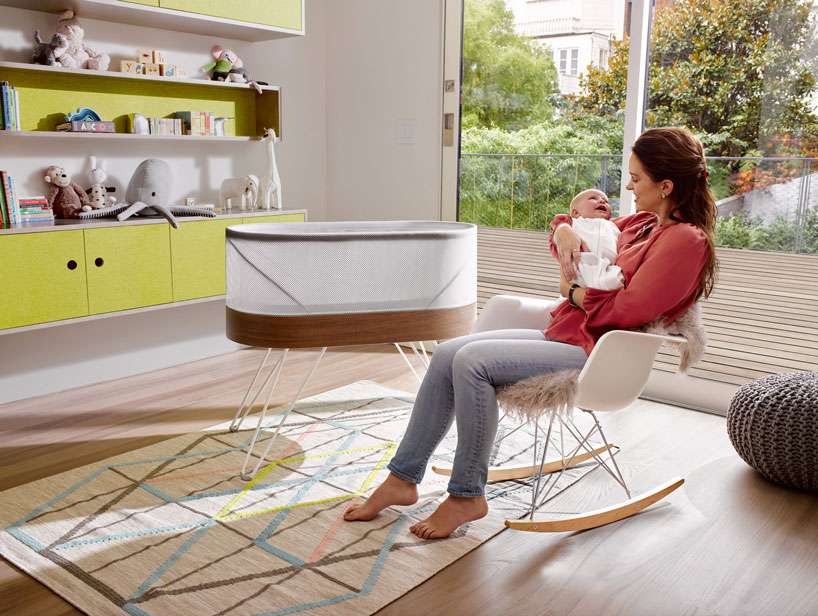 béhar’s collaborator karp argues that human babies are born less developed than other mammals and the first three months of life are, in effect, a ‘fourth trimester’. his methods promote recreating a womblike experience, recommending that parents of newborns employ ‘the five Ss’: swaddling, side/stomach positioning, shushing, swinging and sucking. however, critics have claimed there is no evidence for his concept of a ‘calming reflex’.

the $1,300 USD crib works in a similar way: inside there is the snoo sack, a cotton swaddle designed to mimic the ‘snug embrace’ of a womb. devoid of the cute patterns usually found on baby clothing, the swaddle is characteristic of béhar’s modern aesthetic. it holds the baby in a sleeping position whilst a trio of built-in sensors, microphones and speakers detect if the baby is in distress before triggering white noise and/or a gentle rocking movement until the baby drifts back to sleep. the parent is not needed and theories on the importance of human contact are rebuffed. 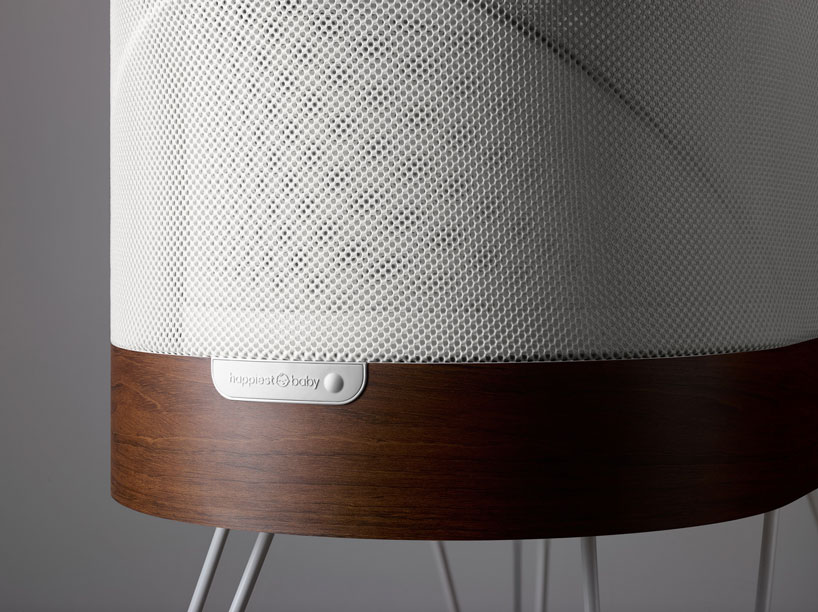 finally, there is an accompanying app giving parents the chance to track signs of progression or irregularities of their babies sleep patterns over time. as the technology dismantles the need for parental intervention, it also feeds them with data-driven concerns over their babies nighttime behaviour. whether the product achieves its overall aim of improving the parents chance of a good nights sleep is therefore debatable. even if ashton kutcher thinks its the best thing since sliced bread. 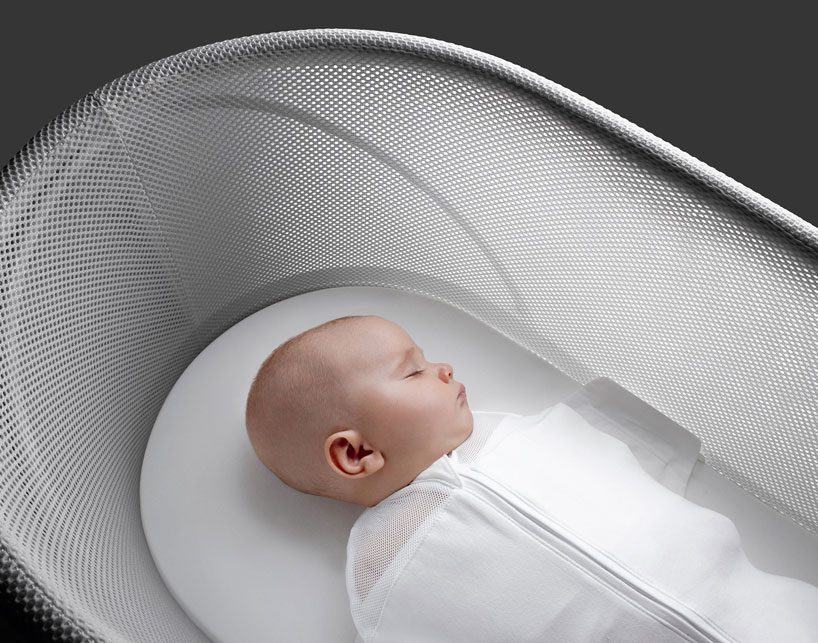