following on from our studio visit and interview with zai skis’ chief creative officer simon jacomet, designboom ventured to disentis, switzerland, to test four models of their hand-crafted ski range. fabricated from an unusual variety of fine materials including walnut, granite and felt, their products focus on offering an uncompromising performance and a unique character. it is these exquisite elements that makes each one an individual, but they have only been used because they add a new aspect in terms of potential. so, alongside simon, we hit the slopes to find out what makes each ski special.

starting with the most visually striking one, the ‘nezza’, a zaiira construction of lightweight carbon, has a radical look that is matched by its performance. with a floating split-tail and a cut-away body design, the ski has an ultra-low moment of inertia, making turns easily, yet providing smoothness, stability and speed. its surprising stiffness, when considering its from, is provided by its build and hardly vibrates when carving a curve. instead, the split dampens the force and enables quick, sharp and effortless turning. 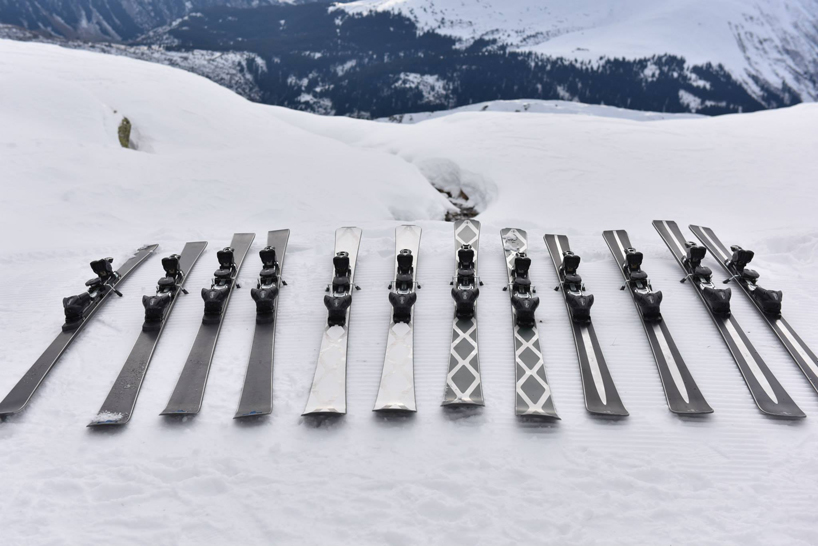 (from left to right) the scadin, the bentley skis and the zai for franco model
image courtesy of zai 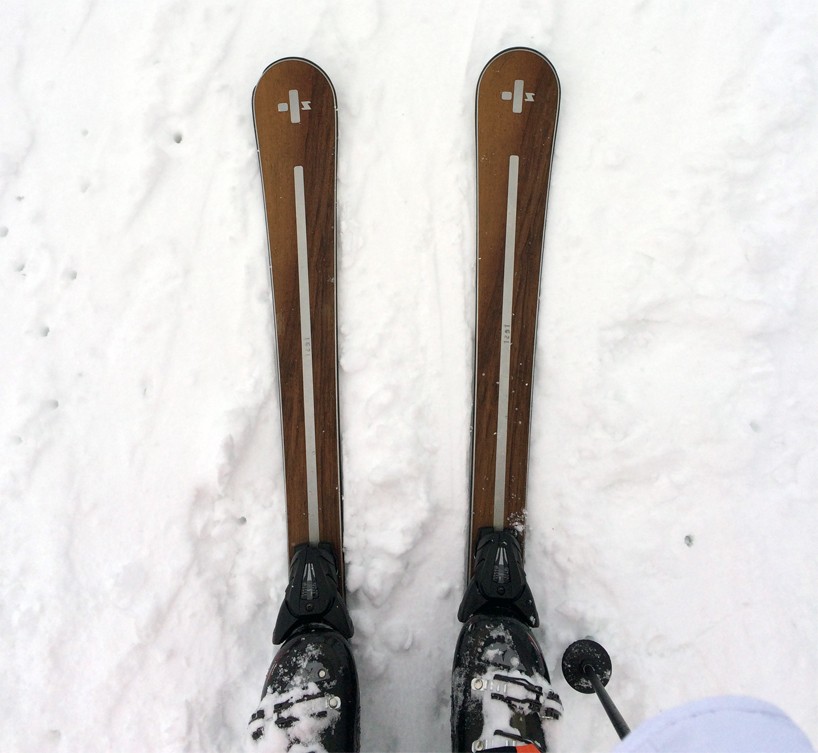 switching from their most extreme model to their most traditional, the ‘testa’ has an ultra-lightweight cedarwood core sitting between a nano high speed race base and a polished walnut veneer top surface. visualizing a classical appearance, its timber materials naturally absorb shock, allowing smooth handling for short turns. with a highest weight of 1,600g for the 174 cm long product, the good control of the ‘testa’ makes it easy and comfortable to reach high speeds and still make cutting curves. 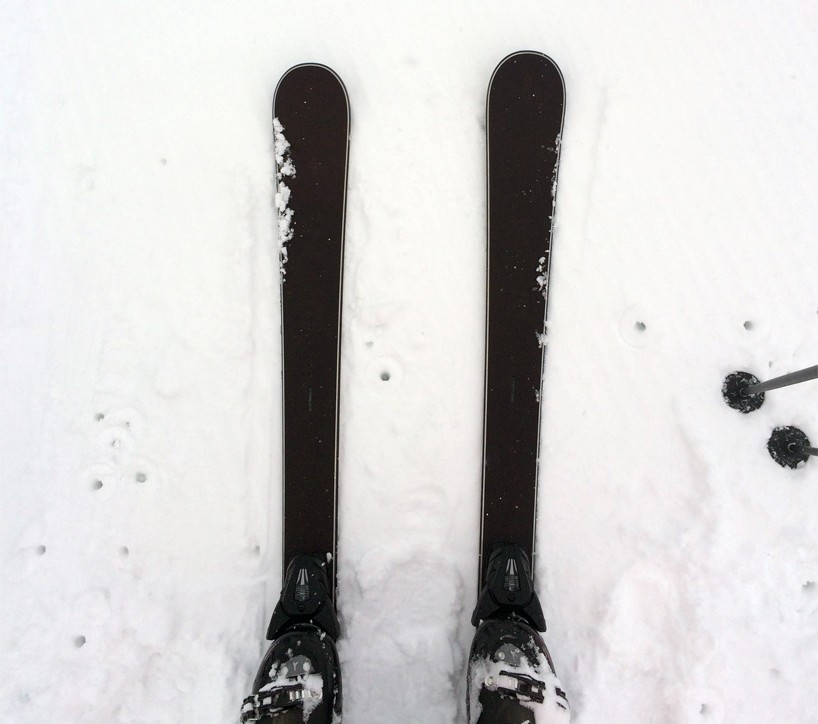 next, the ‘spada’, which is the world’s first ski with a core made from swiss alpine granite, features small cut-outs from its top rubber surface, which showcases the stone inside.  providing a solid and supportive feel, the skis seem lighter than the ‘testa’ pair, even though the 174 cm version weighs 40g more. the CFS stone technology enables fast responses and nimble ability thanks to its secure architecture. these features make it possible and effortless for the rider to push their capability further. 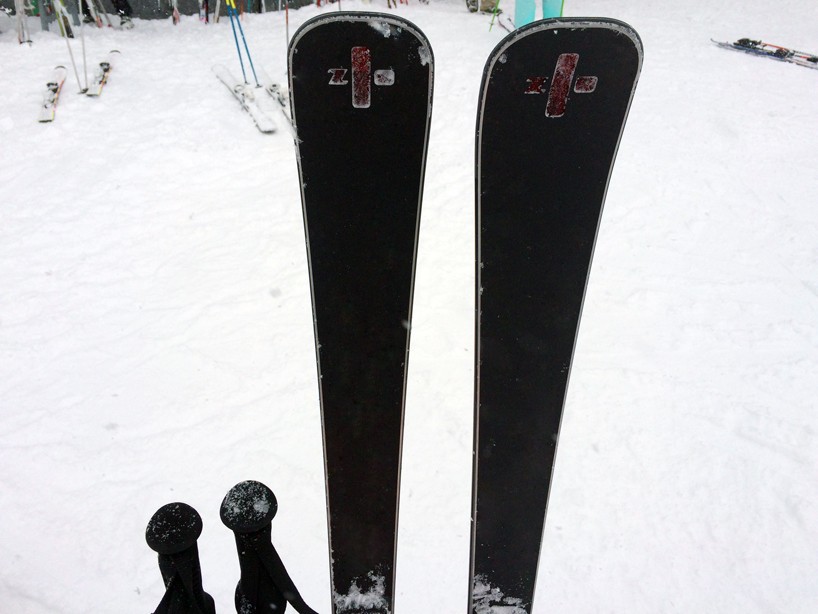 next up are the ‘scadin’ skis, which have already won the approval of many professionals. the product’s width is highlighted by its broad tip, which allows for easy slaloming at high speeds. this span, ranging from 123 mm to 109 mm, provides strong and comfortable control when making turns – even in heavy snow. it combines the zaiira carbon construction with a lightweight ash wood core, and provides further natural damping through its felt top surface. a nice addition to the product, is its unique zai logo which is hand-crafted out of the unusual but highly flexible, shock-absorbing and weather-resistant material. 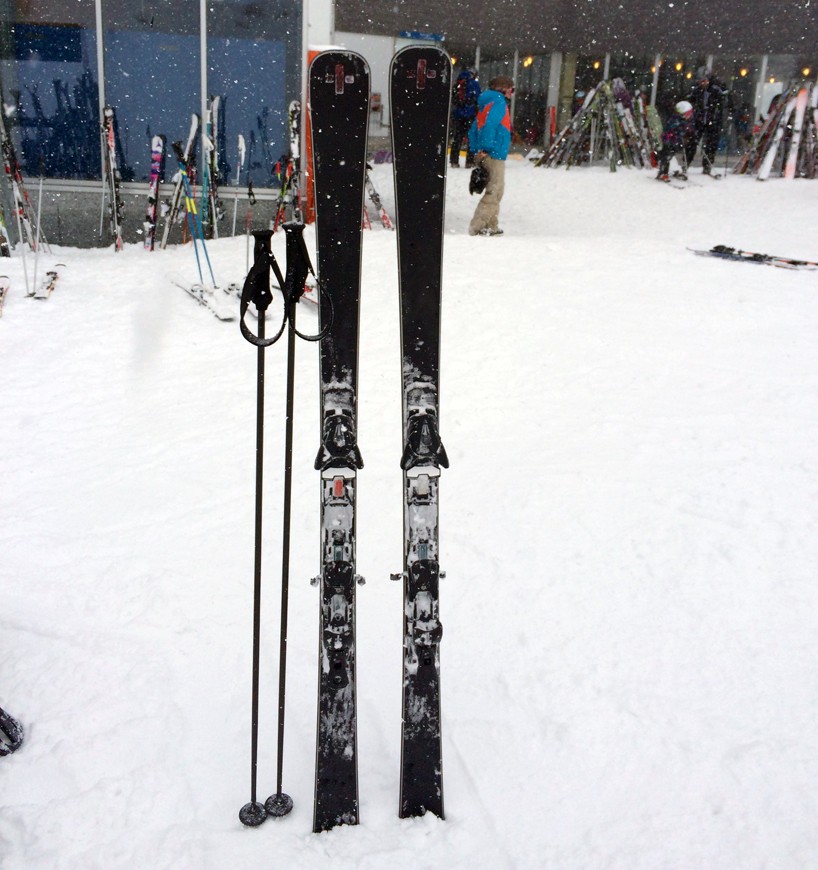 after following the same runs on each different ski, in order to analyze exactly how each one seemed in the equal conditions, we trailed down from the above 2000 m slopes to the 1150 m elevated town. using the ‘scadin’ still, the route’s variety of sharp corners and long, winding paths were easy to switch between thanks to the product’s smooth and stable capabilities. however, when given the chance to have one more run, the stone-core ‘spada’ were too empowering to resist. they provided a solid and supportive feel that truly enables users to push their performance further. that is what each product is about, how they make the you feel. their materials all add a special quality but choosing which model, depends on the type of skier and how the conditions are. the ideal situation would be to have the whole range, ready for every winter’s day. 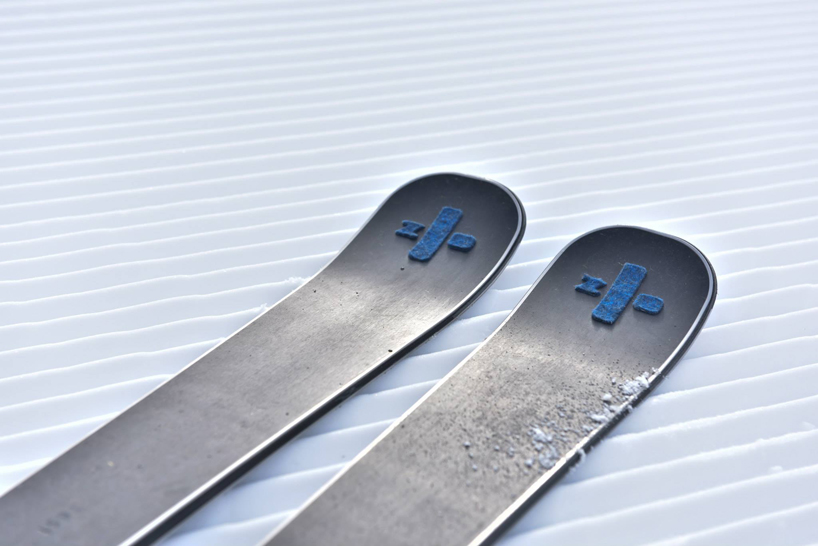 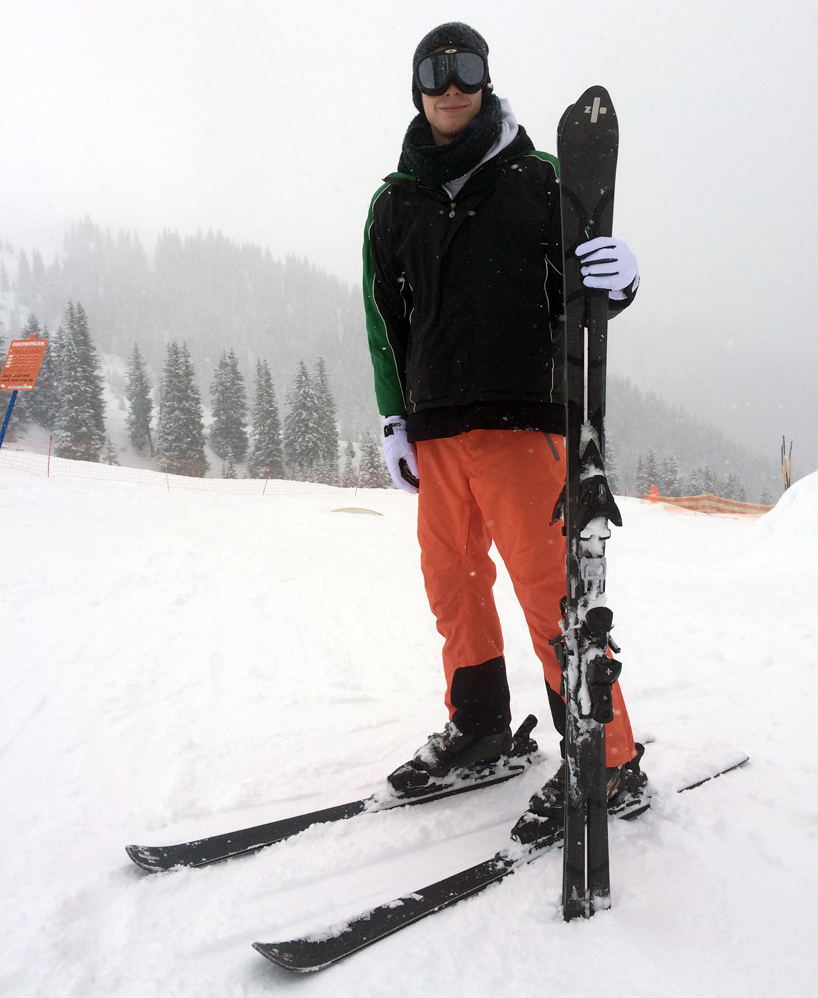 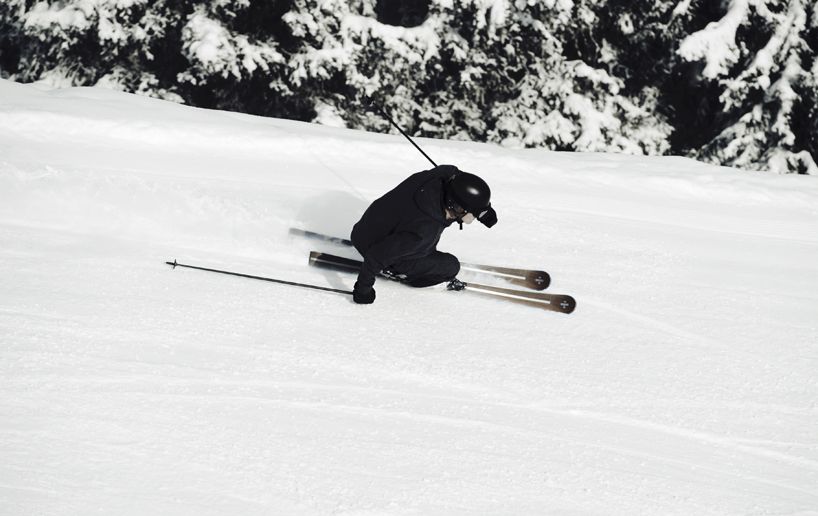 the ‘testa’ has a more traditional appearance
image courtesy of zai 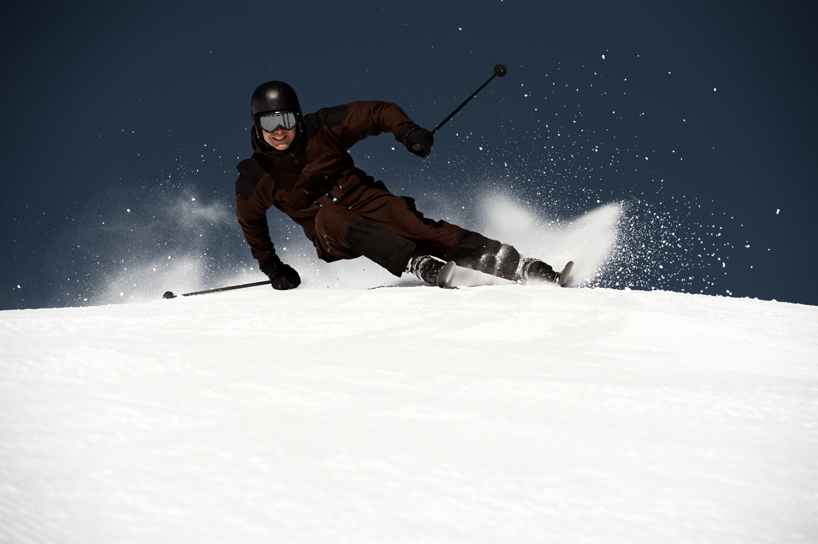 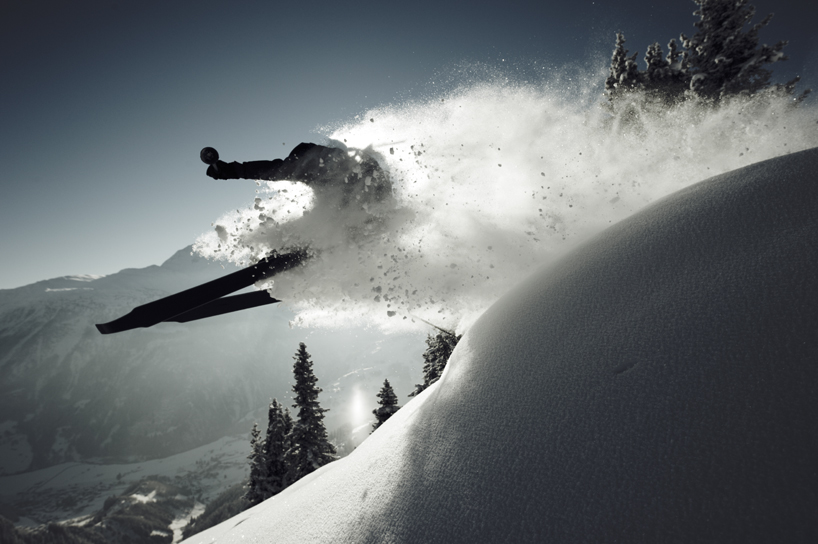 the ‘laisa’, suited for both on and off piste, features a double tip design
image courtesy of zai

carving on the bentley skis

vertical view of the testa and the spada skis

a close-up of the testa tip

a close-up of the nezza tips

the laisa (left) next to the scadin (right)

the top section of the bentley collaboration

the bottom of the bentley product 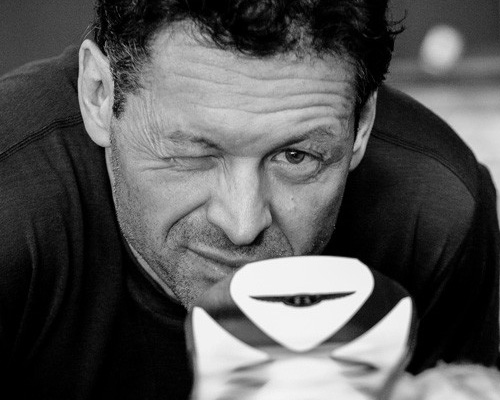 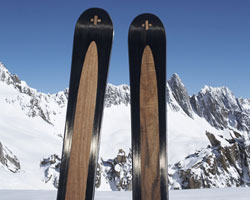