‘zerotouch’ implements 256 IR sensors, so that user input is visualizable as points on a matrix of lines. while the novelty of the device is the ability to move one’s hands ‘through’ the screen and interact freely in the air, ‘zerotouch’ can also be mounted over a traditional computer screen, effectively turning it into a multitouch surface. 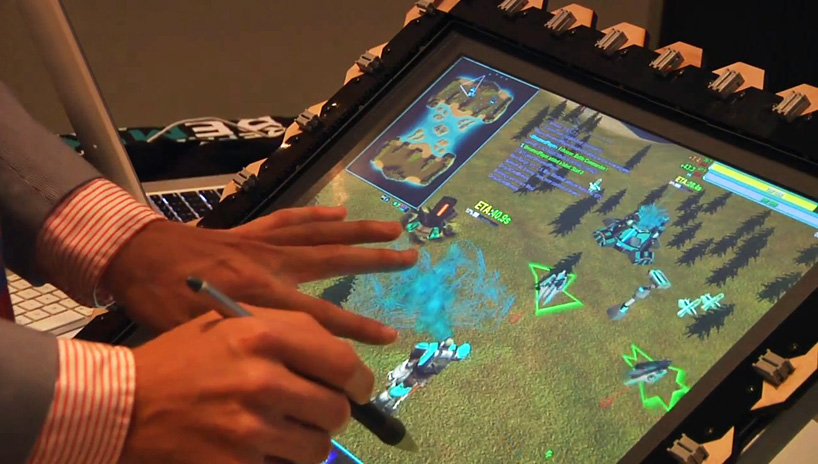 in a drawing application demo called ‘intangible canvas’, colour selection is controlled via an iPhone or iPad program while the diameter of the ‘paintbrush’ is based on the width of the object being used to activate the touch sensor, whether a finger, arm, or head. while usable on tabletop, ‘intangible canvas’ also permits users to paint directly onto the hanging screen as though it were a picture frame, and visualize their results on a projection screen ahead.

‘hand + pen in hand command’ is a game that involves the switching between using one-s hand and a stylus to interact with the device, while ‘artpiles’ likewise incorporates both pen and multi-touch interaction to create a simpler way for museums and galleries to browse through their collections.

the team’s next steps will involve stacking sensing layers to incorporate depth coordinates and hover detection. 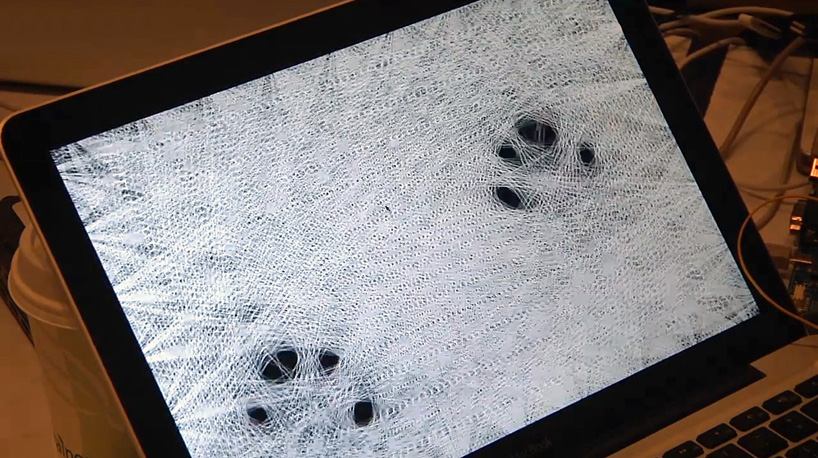 view of the sensor’s vision of human finger input

the matrix configuration of the ‘zerotouch’ sensors (in red), with sample input shown in blue

video demonstration and discussion of ‘zerotouch’