washington-based aerospace company ZEVA is bringing personal air transportation to everyone — with a low-cost, electric vertical take-off and landing (eVTOL) aircraft called the ZERO. this zero-emissions disc-shaped vehicle can fly you at 160 mph through the air, and then fit into a conventional car parking space without any problem. ZEVA is currently flight-testing a full-scale prototype and is planning on prioritizing the emergency first responder markets, where getting a medic on scene faster can mean the difference between life and death.

all images courtesy of ZEVA

as the world population increases, surface transportation and infrastructure become more and more challenging.  to address this issue, ZEVA opens up the third dimension for short-range travel, providing air vehicles that can take off and land anywhere, while cruising at high speed.

specifically, the aerospace company’s solution takes shape as a personal flying disc designed to move humans at high speed from point A to point B. the newly unveiled ZERO eVTOL sits almost vertically on its tail, and the pilot enters in such a way that their chest rests against the floor. a glass section in the nose allows them to see both ahead and below. at takeoff, the aircraft shoots up to the sky vertically, as if blown out of a cannon. once it transitions to forward flight,  it’s winging horizontally. 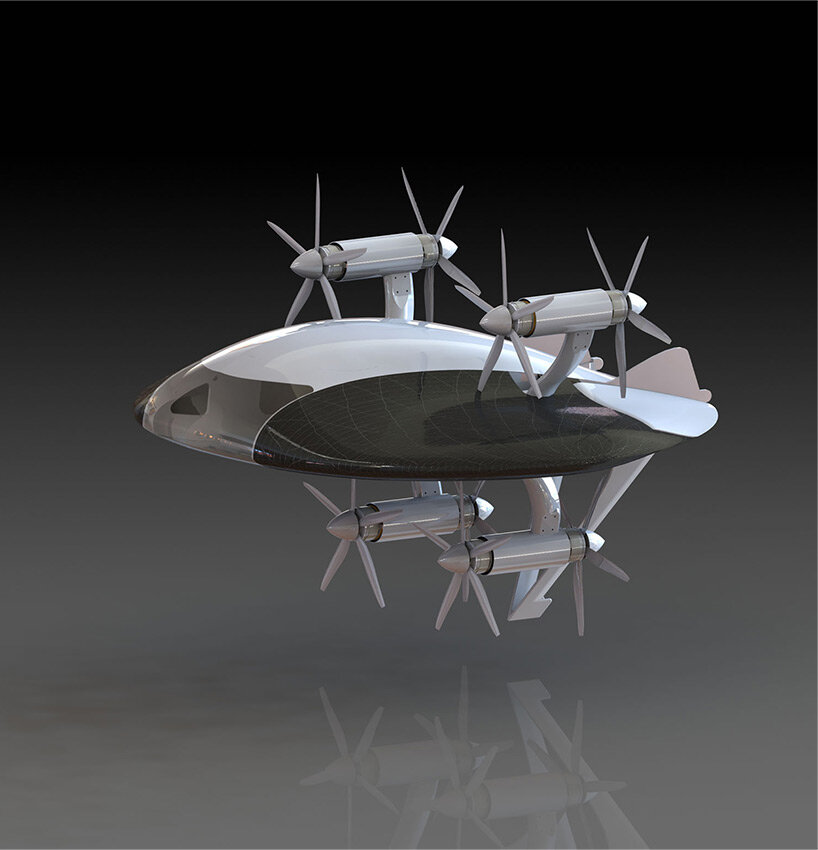 according to ZEVA, the ZERO will be the fastest way to get anywhere within a 50-mile radius, by traveling over 160 miles per hour. meanwhile, the aircraft will be able to soar to several hundred feet, so flying in it should provide a quite intense physical experience. at the moment, the team at ZEVA is working towards making the eVTOL fully autonomous so anyone can safely fly, even without a pilot’s license.

the vehicle’s impressive performance derives from its blended wing-body design and octocopter layout. this patent-pending configuration provides a wing-borne lift during cruise, and yet is compact enough to fit into a standard car parking space. what’s more, the vehicle incorporates dual propellers attached to four nacelles that are driven by a 25-kW battery pack. once the ZERO transitions to horizontal flight, four of the propellers retract and the 8-foot diameter, carbon-fiber body acts as a lift-generating wing. 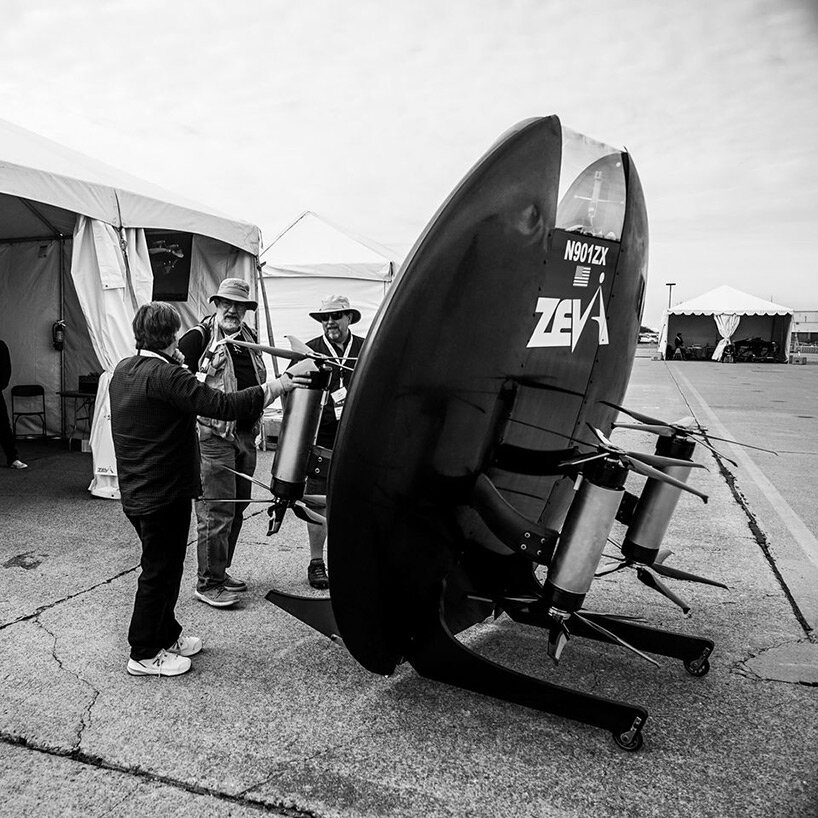