hong kong-based time piece company ziiiro has produced both ‘ion’ and ‘proton’ watches. the time display of the ‘ion’ is that of a classic two-handed analog watch, though devoid of hour markings. the ‘proton’ face has small, circular holes denoting the twelve hour marks while one must observe the movement of two transparent gradient disks– blue representing the hour and yellow indicating the minutes passing– to tell the time. the minimalistic models were both created in both milky white, transparent, and transparent smoke wrist-band color options. the ‘proton’ and ‘ion’ watches are outfitted with a bracelet strap formed from plastic. the bands of both ‘ion’ and ‘proton’ may hold watch faces from any of the models from the interchangeable series. 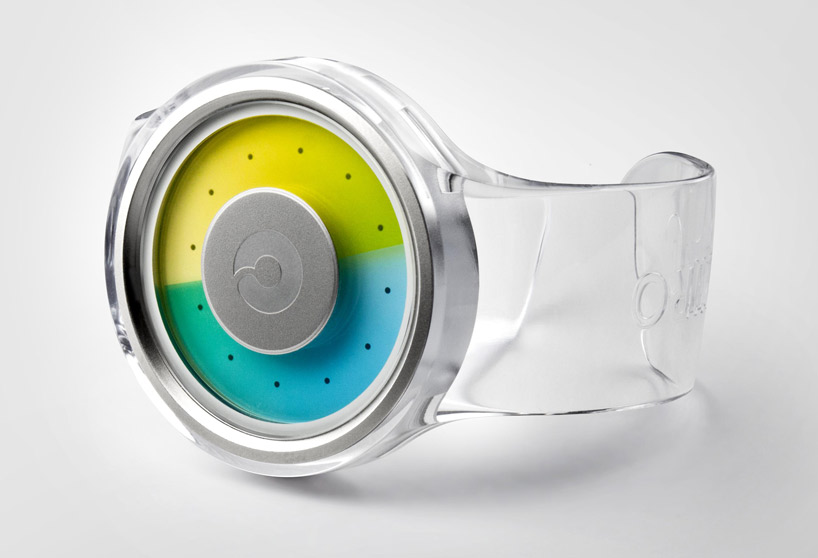 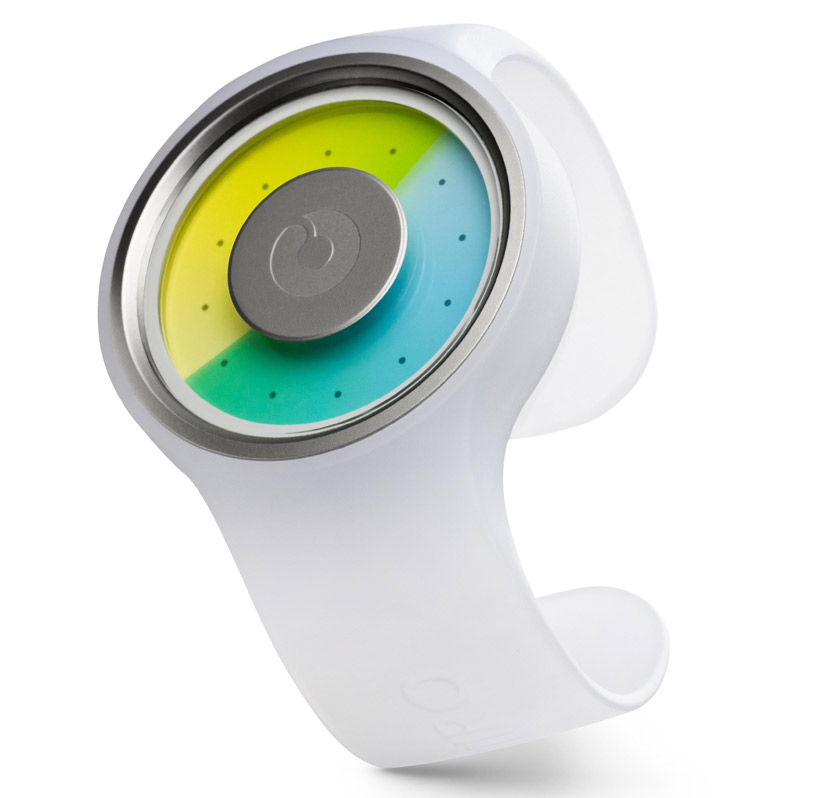 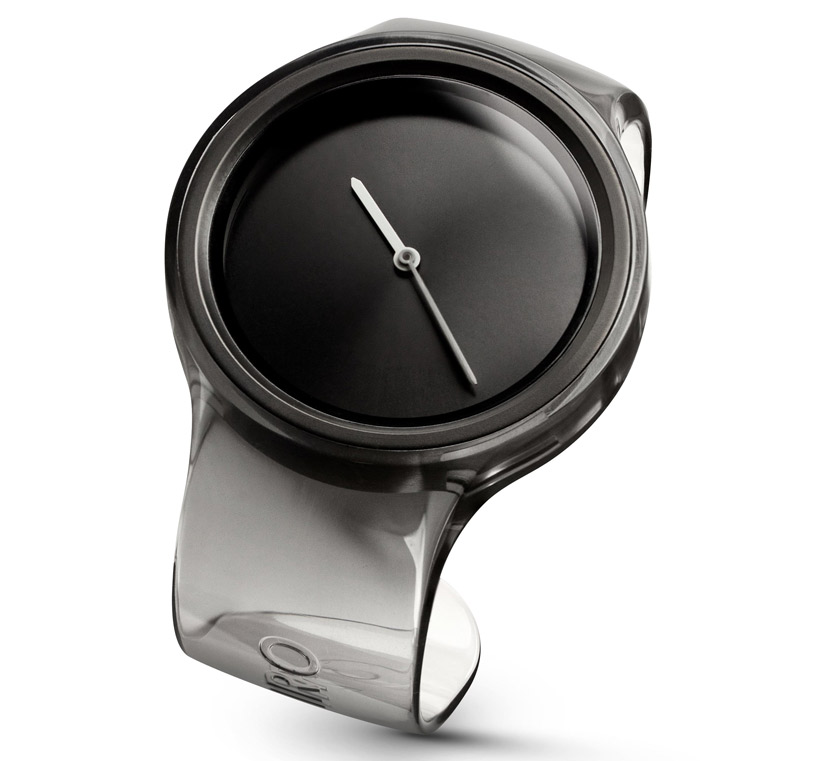 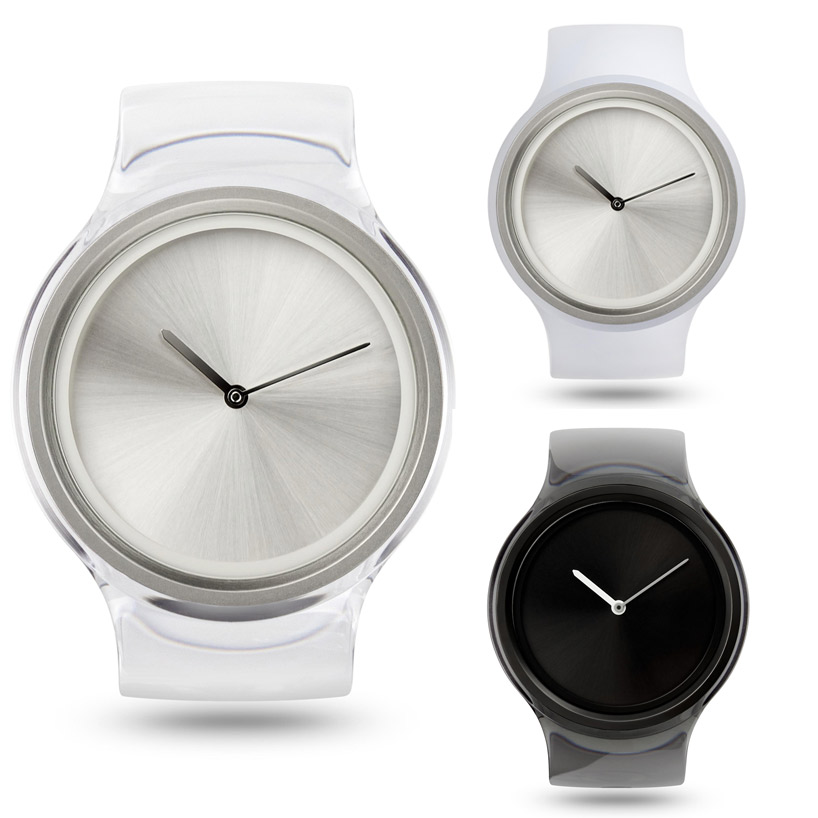 the three color editions of the ‘ion’ 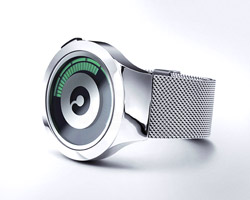 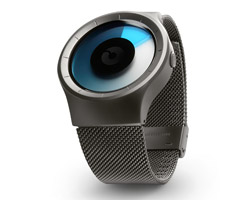 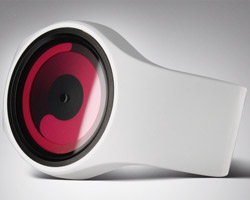