american photographer gregg segal has collaborated with publicis colombia and the united nations refugee agency in the un-daily bread series portraying the stories of four venezuelan refugee families. as a consequence of the crisis venezuela is currently facing, these families left everything behind to be able to cross the border on foot, looking for a better future in the neighboring country of colombia. the series follows the photographer’s daily bread project which focused on the impact of globalization on diets around the world showing what kids around the world eat on their daily diet. 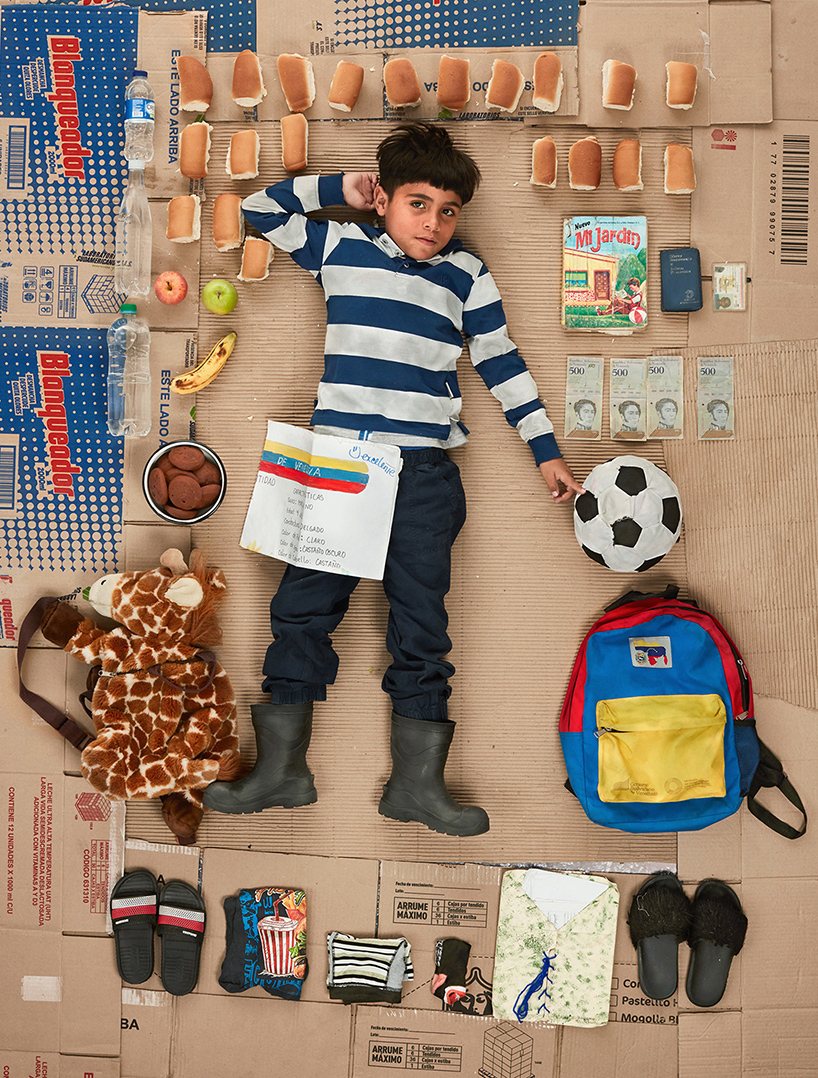 with un-daily bread, gregg segal aims to bring awareness to the crisis these families have faced when they decided to leave everything behind to be able to cross the colombian territory, starting at the border until they reached bogotá, the capital. each picture not only shows the food they ate, which is not a lot, but also the things the families thought they might need along the way. with un-daily bread, ACNUR raised funds to provide essential medical care and check-ups for these refugees. 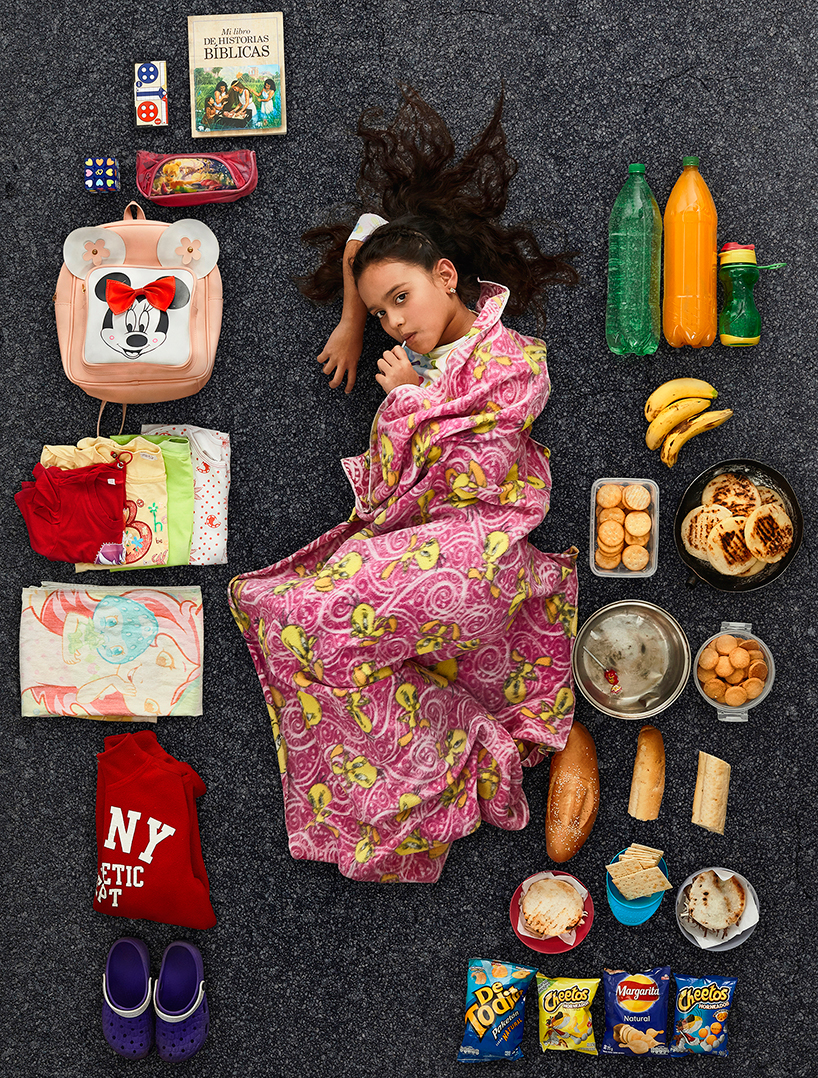 ‘we chose to look not only at what kids and mothers ate during their journeys, but also at what they carried from home, underscoring how little refugees are able to keep from the lives they fled in venezuela,’ comments gregg segal. ‘it’s as if your house were on fire and you only had time to grab a few cherished keepsakes and the barest of necessities.’ 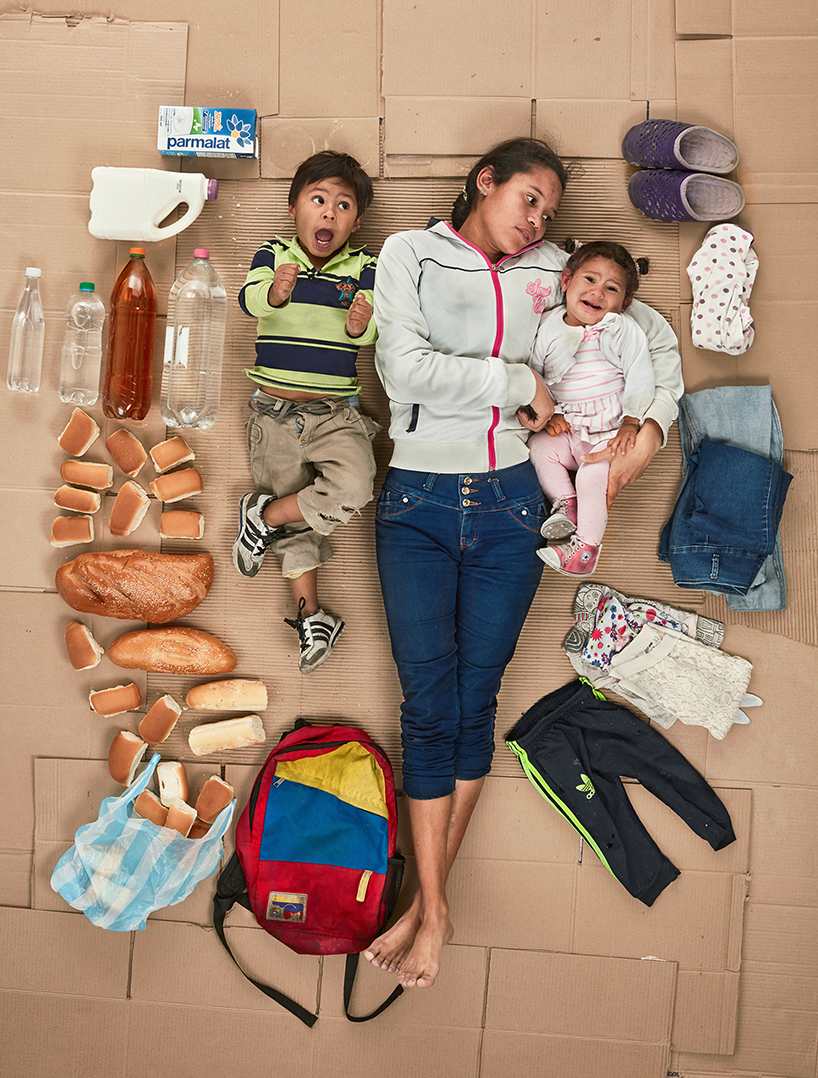 ‘one mother carried her son’s last homework assignment from school, a simple but meaningful detail of a childhood that would otherwise have been lost,’ segal continues. ‘personal details like these stuck with me. the girl who hadn’t eaten an apple in more than three years because a single apple cost 5,000 bolivares (about $500 US!). the boy who carried around a loaf of bread tucked under his arm after the shoot because he didn’t want to feel hunger again. the mother who fled alone with her youngest child, leaving behind her adult sons because she knew it was the only way. the journey had taken its toll and she was spent.’ 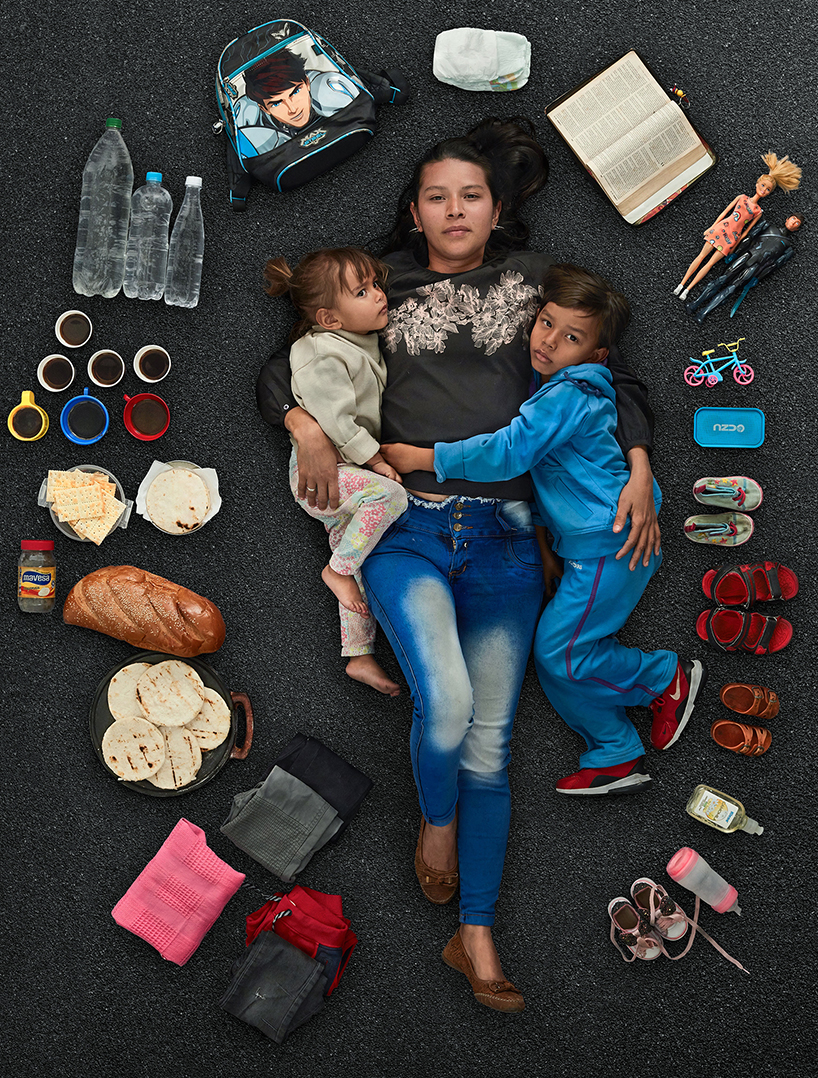 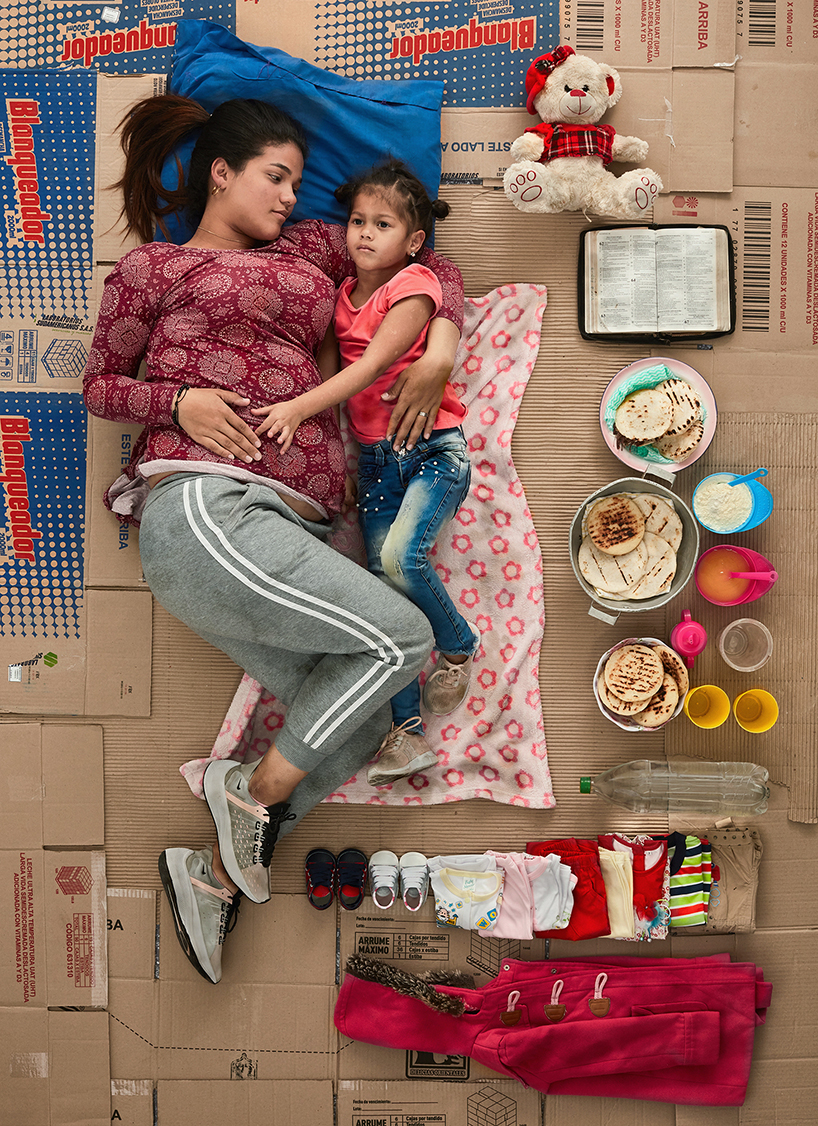 in collaboration with: publicis colombia and united nations refugee agency

LATEST NEWS
TOP 10 videos of 2022
spotlighting the top 10 videos of 2022: from a time-lapse video taking us on a doodleland in kent to a stop-motion animation with a cowboy skeleton traveling around california.
art
124 shares
connections: 4