‘swale’ is a mobile, floating food forest founded by artist mary mattingly. conceived as an experiential artwork, the initiative seeks to promote public access to fresh and organic food within the urban context of new york city. the project has been constructed on a 40×130-foot (12×40-meter) flat deck barge that features a main and a second emergency gangway entrance, railings, walkways, and an edible forest garden that uses rainwater and purified, desalinated river water. 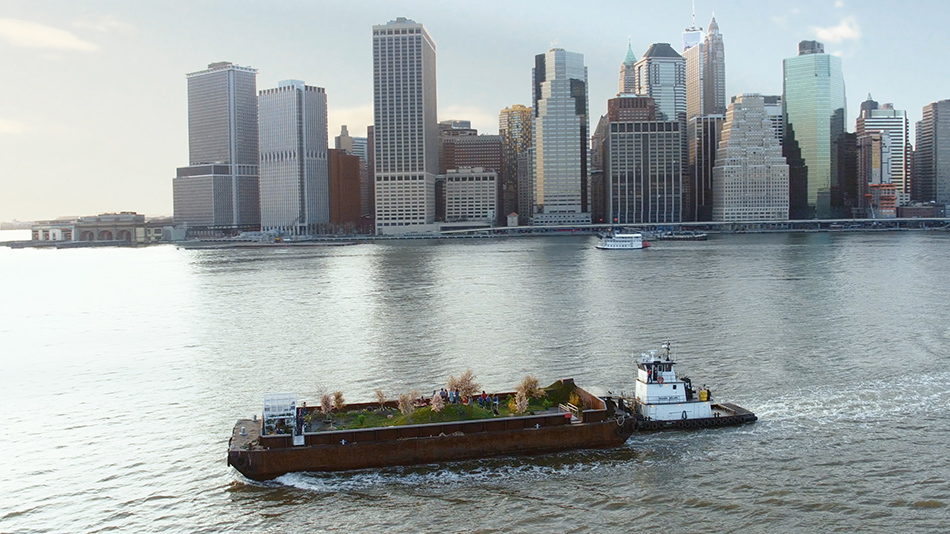 the food barge — which first stopped at concrete plant park in the bronx, before making its way to several piers throughout NYC’s harbor — is supported by a blade of grass, an organization that promotes socially engaged art. mary mattingly’s design is structured as a floating island for community activities and artistic events, as well as a wide range of eco-initiatives. the project has also been documented in a new video by FIELDWORKS, a short documentary series from a blade of grass. 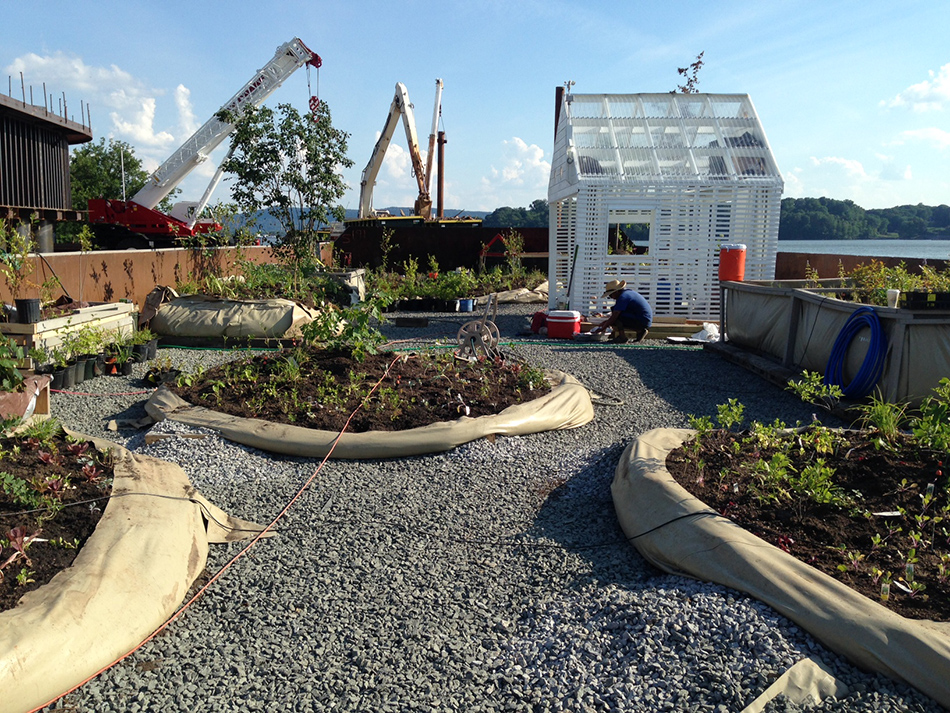 during public hours, when ‘swale’ is open free of charge, visitors are encouraged to pick fresh produce including raspberries, artichokes, and other perennially grown food sources. the floating farm cleans and utilizes 55 gallons of river water each day in order to augment a rainwater collection system and aid plant growth. ‘swale’ seeks to reinforce the idea that water is a basic human right, and intends to initiate debate about whether fresh food can be granted the same distinction. 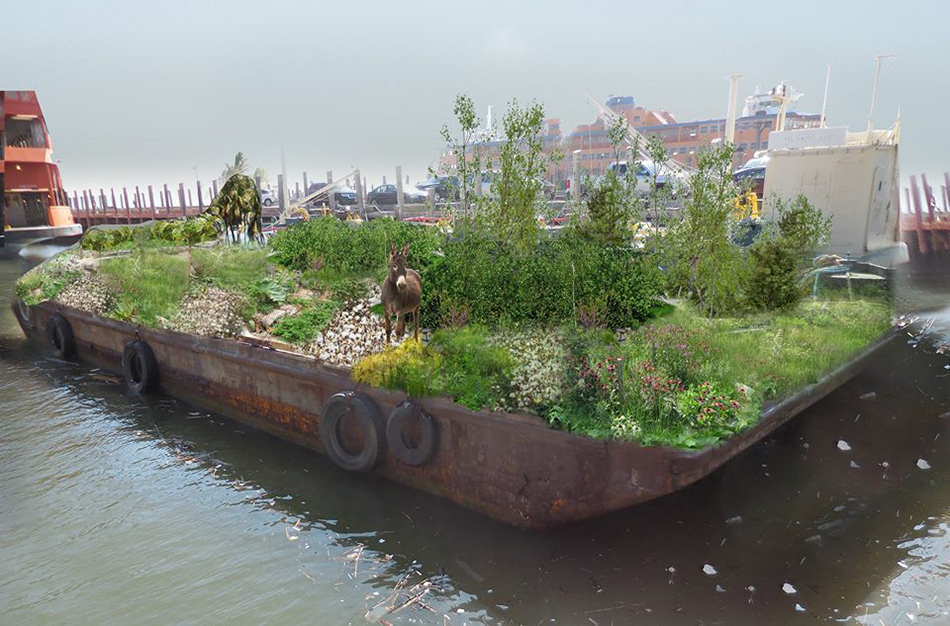 ‘we’re proud to support mary mattingly’s swale project,’ says deborah fisher, founding executive director of a blade of grass. ‘she is an artist who is changing what art is, who it’s for, and what it does. a blade of grass nurtures artists like mary in a way that is specifically geared toward increasing the effectiveness and visibility of their work, and understanding its value within a larger culture.’ 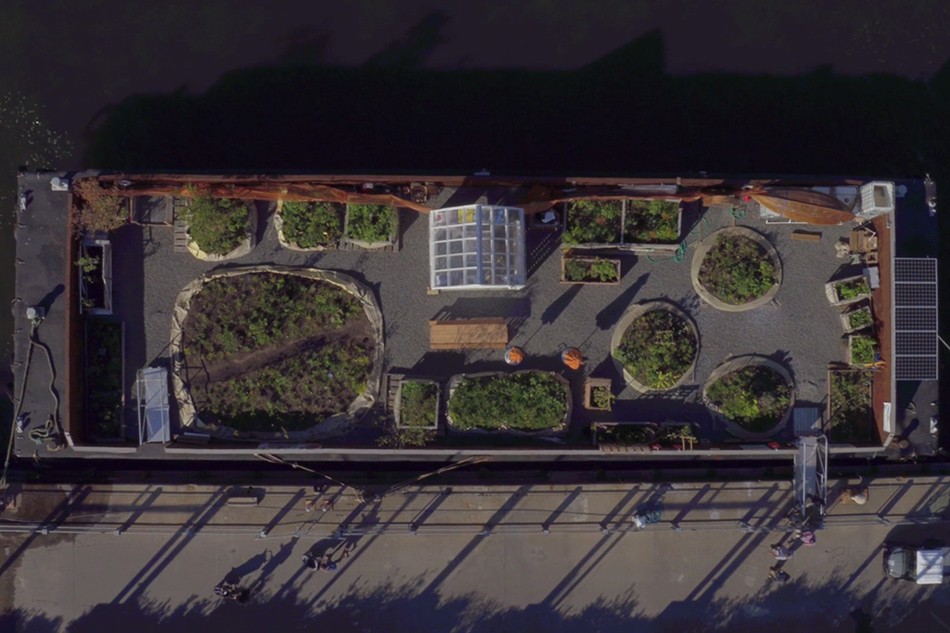 this summer ‘swale’ is partnering with strongbow to transform the barge into a floating apple orchard. as part of the cider company’s ‘nature remix’ campaign, ‘swale’ opened at pier 6 in brooklyn bridge park on may 3, 2017. 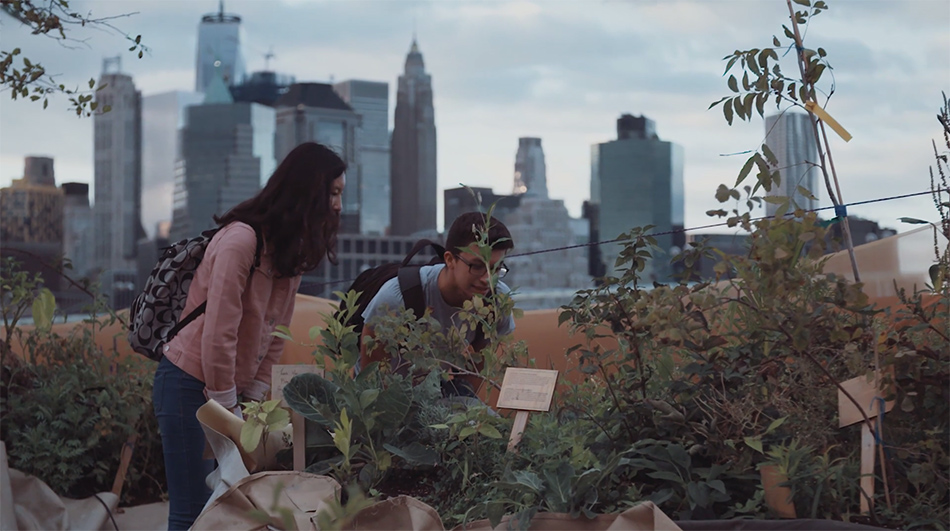 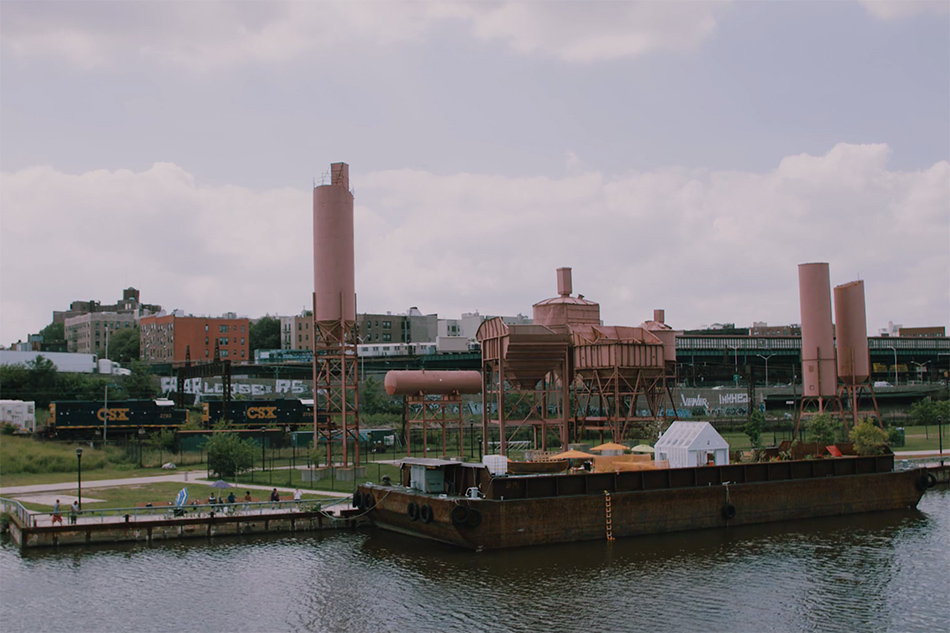