japanese researchers from the robot development engineering laboratory at tohoku gakuin university have developed a robot that balances on a ball while carrying heavy loads.  its base mechanism is composed of three independent rotors which spin to maintain its balance in spite of being pushed. it can also travel in any direction using an ‘omniwheel’ similar to the one employed by honda’s U3-X. due its great balancing ability, the robot could be applied to settings such as concert with other bots to move large or smaller objects such as glasses. 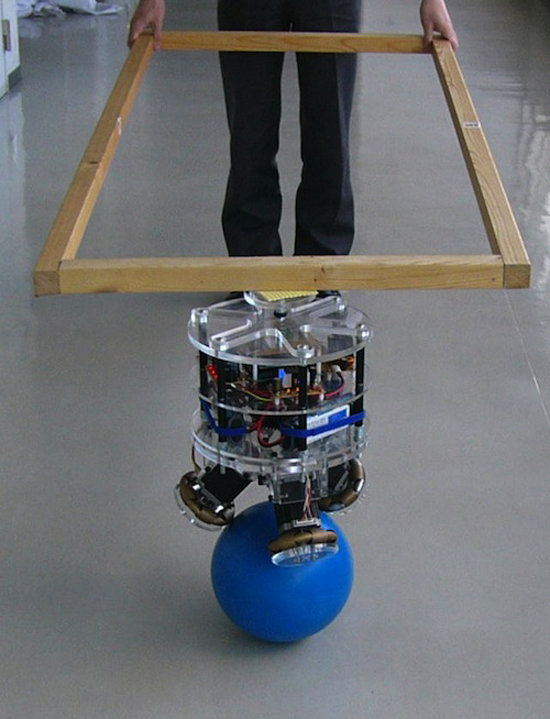 ‘dynamically stable robots like this one are better than static bots, which use three or more wheels. they can have smaller bases, allowing them to navigate tight corners and their omnidirectional abilities allow them to quickly go in any direction without having to turn around.‘ – masaaki kumagai and takaya ochiai, researchers at tohoku gakuin university

via popular science via neatorama Jun 17, 2020
RoboCut, a robot that can sculpt styrofoam like an artist