in an electronic media class taught by german artist niklas roy at the school of art and design offenbach, a series of programmed cardboard computers were constructed – working on the fundamental question of how to build communication networks from scratch – with rubber bands, rope and cardboard. the workshop resulted in a series of different interactive devices, including a masterclock, speedway pro 1000 racing game, crank operated punch card reader, fully operating NAND gate and a plotter – designed by niklas himself.

made out of durable finnish cardboard, the plotter is conceived with axles and slide rails made out of welding rod. the entire system is connected with super glue, adhesive tape and tie wraps. the interface is built two rotary dials and a switch, which move in an x and y position – lifting the pen as it renders low resolution vector graphics. for more information about the student’s final results see here. 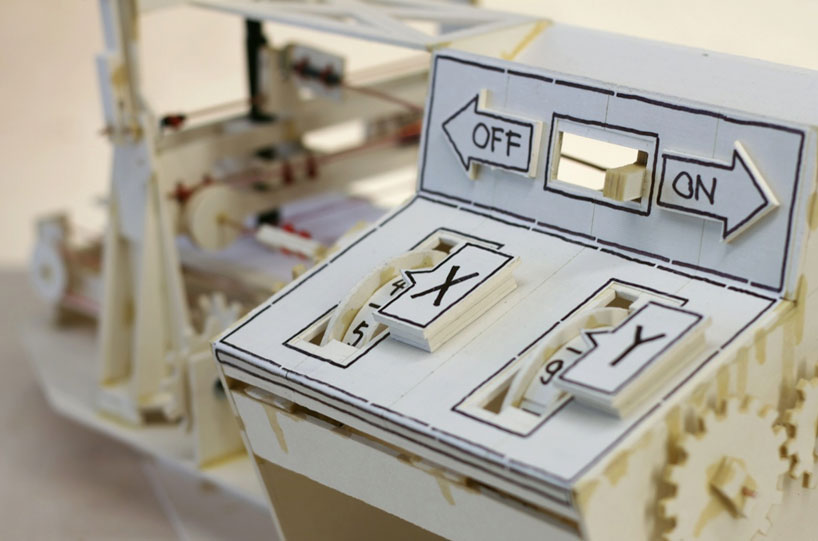 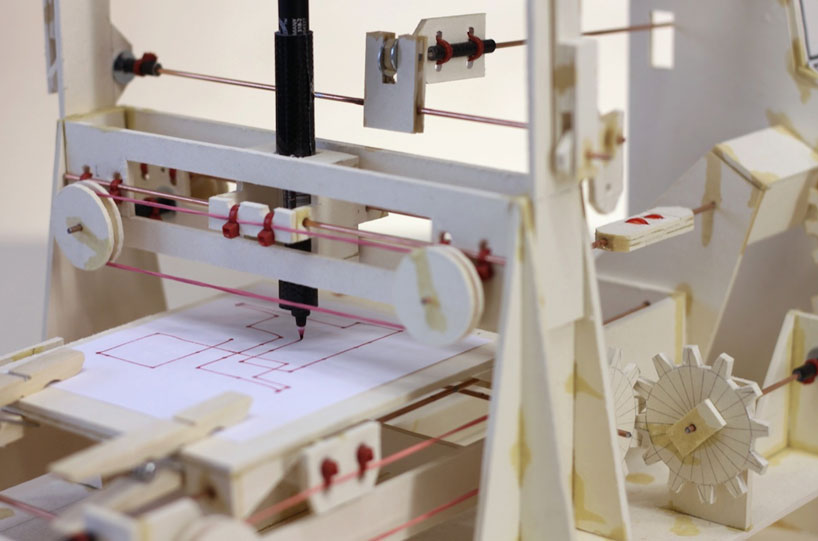 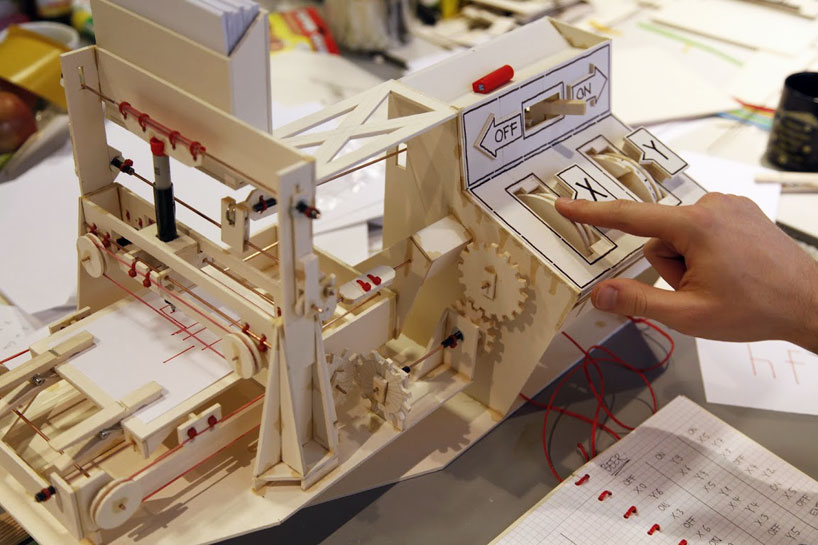 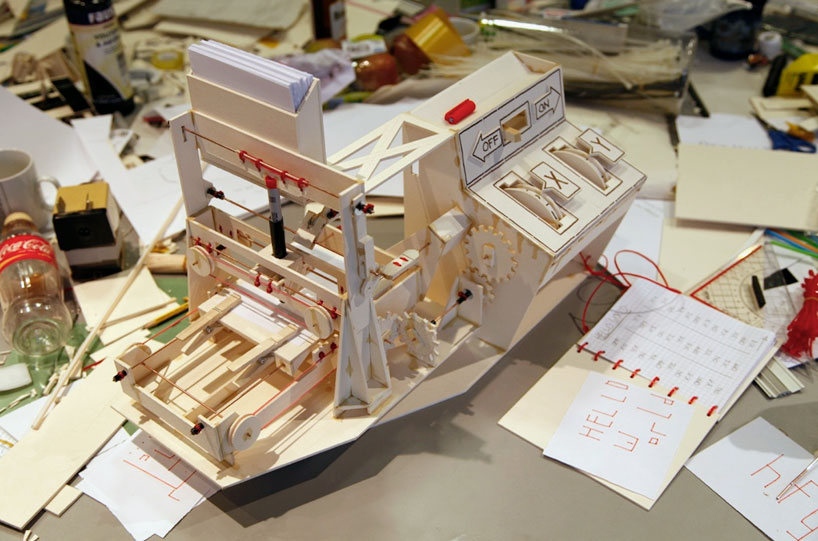 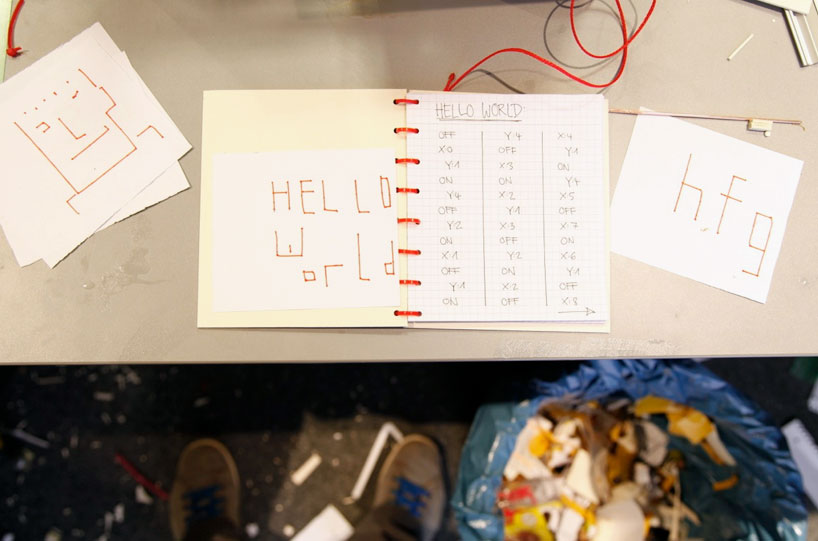 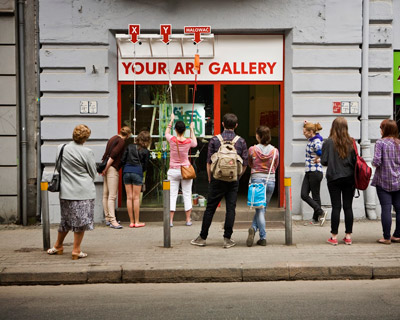