chevy cars transformed the exterior of the roosevelt hotel in hollywood into a supersize, 3D version of the ‘claw’ arcade game

for one night, american car company chevrolet transformed the exterior of the roosevelt hotel in hollywood into a supersized, 3D version of the ‘claw’ arcade game, where passersby played to win vacations, snowboards, cameras, and other prizes… including, for one person, a 2012 chevy sonic.

activity in the game is controlled via a giant joystick, shaped like a gear shift paddle, and a mock gas pedal, both situated on the ground outside of the building.

the installation is the work of california-based creative agency goodby, silverstein, & partners, with the 3D mapping done by pearl media.

video footage of the installation, and documentation of its design and construction 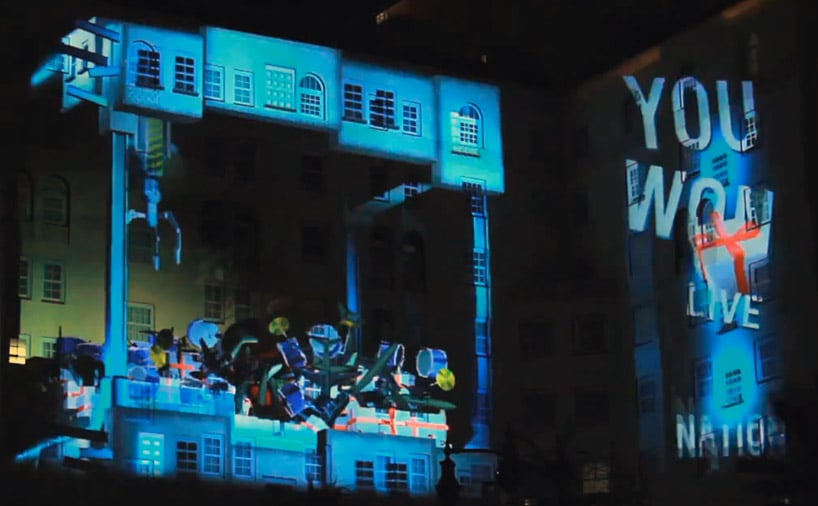 view of the projection-mapped ‘claw’ game and winning screen 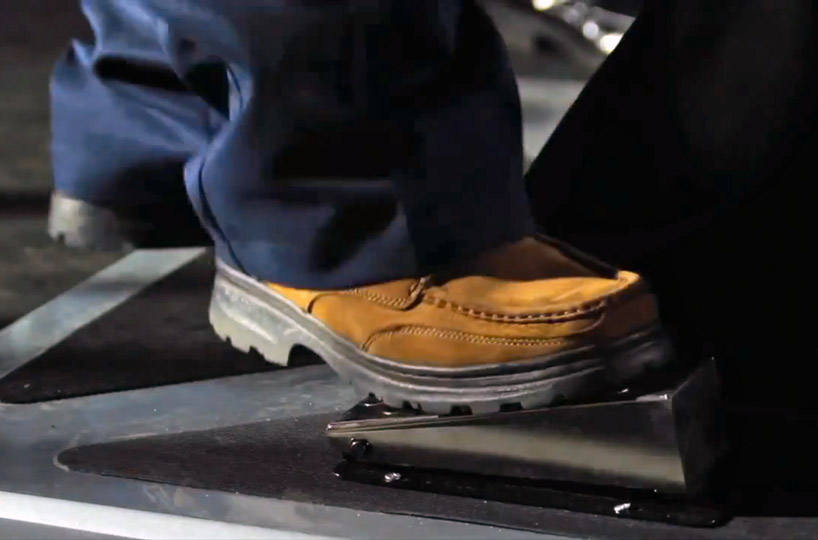