Northwestern University engineers, led by John A. Rogers and Yonggang Huang, created the world’s smallest remote-controlled walking crab robots. The tiny crabs, which are only a half-millimeter wide, can bend, twist, crawl, walk, turn, and even jump, and can be used as a potential design for 3D printing. Although the research is still in its early stages, the researchers hope their technique will move the field closer to developing micro-sized robots capable of performing practical tasks inside small, narrow spaces.

‘Robotics is an exciting field of research, and the development of microscale robots is a fun topic for academic exploration,’ says John A. Rogers, who led the experimental work. ‘You might imagine micro-robots as agents to repair or assemble small structures or machines in industry or as surgical assistants to clear clogged arteries, to stop internal bleeding or to eliminate cancerous tumors — all in minimally invasive procedures.’

‘Our technology enables a variety of controlled motion modalities and can walk with an average speed of half its body length per second,’ adds Yonggang Huang, who led the theoretical work. ‘This is very challenging to achieve at such small scales for terrestrial robots.’ 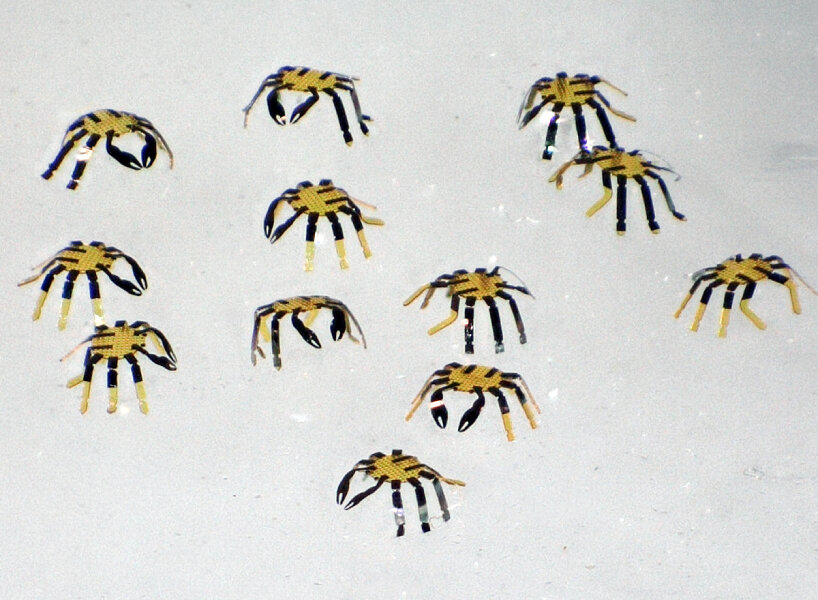 all images from Northwestern University

The crab, which is smaller than a flea, is not driven by intricate hardware, hydraulics, or electricity. Instead, it mainly stems from the elastic resilience of its body. The researchers employed a shape-memory alloy material to build the robot, which converts to its “remembered” shape when heated. The researchers utilized a scanning laser beam to rapidly heat the robot at various specific spots across its body in this case. When cooled, a thin layer of glass returns that bent section of the structure to its original shape.

Locomotion is created as the robot transitions from one phase to another – from distorted to remembered shape and back again. The laser not only remotely controls the robot to activate it, but also sets the robot’s walking orientation. For example, scanning from left to right leads the robot to move from right to left. Rogers and Huang used a pop-up assembly process inspired by a child’s pop-up book to create such a tiny animal. First, the team created flat, planar prototypes for the walking crab designs. They then glued these precursors to a somewhat stretched rubber substrate. When the stretched substrate is relaxed, a controlled buckling process occurs, causing the crab to “pop up” into precisely specified three-dimensional structures. 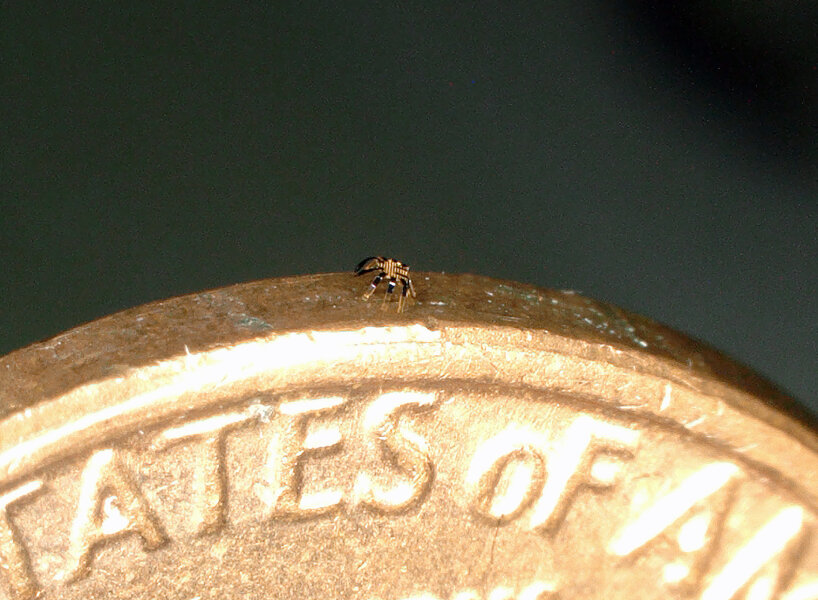 ‘Because these structures are so tiny, the rate of cooling is very fast,’ explains Rogers. ‘In fact, reducing the sizes of these robots allows them to run faster. With these assembly techniques and materials concepts, we can build walking robots with almost any sizes or 3D shapes.’ The researchers also developed millimeter-sized robots resembling inchworms, crickets, and beetles, and also introduced a winged microchip that was the smallest-ever human-made flying structure. 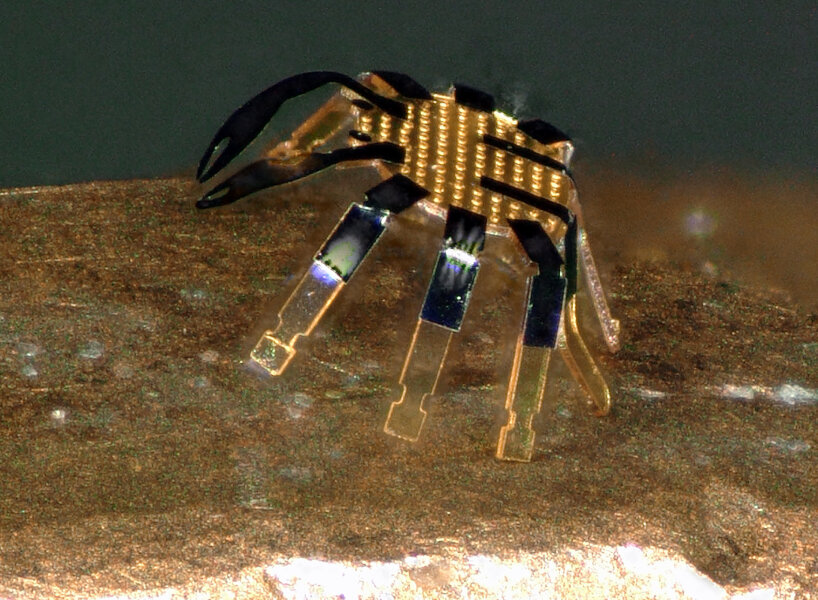 the robot crabs are imagined as agents to repair or assemble small structures or machines, or as surgical assistants in the medical field. 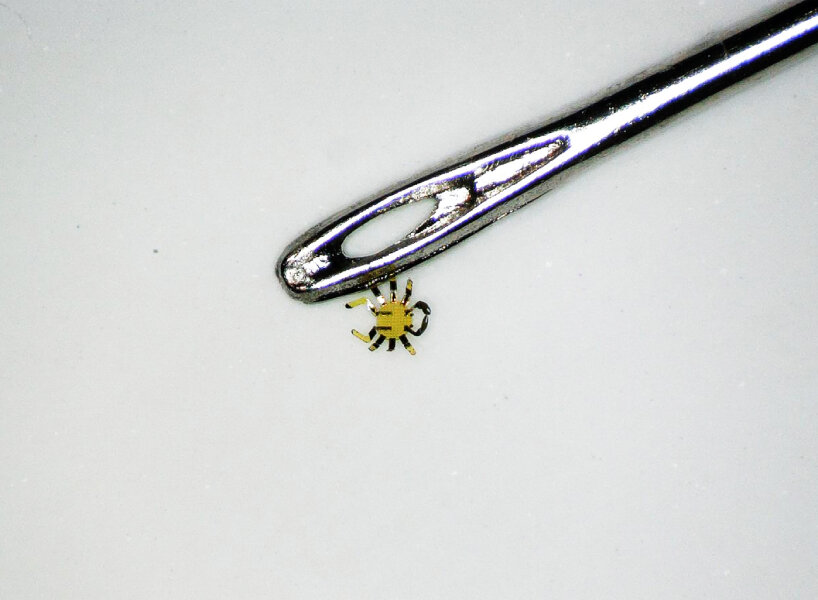 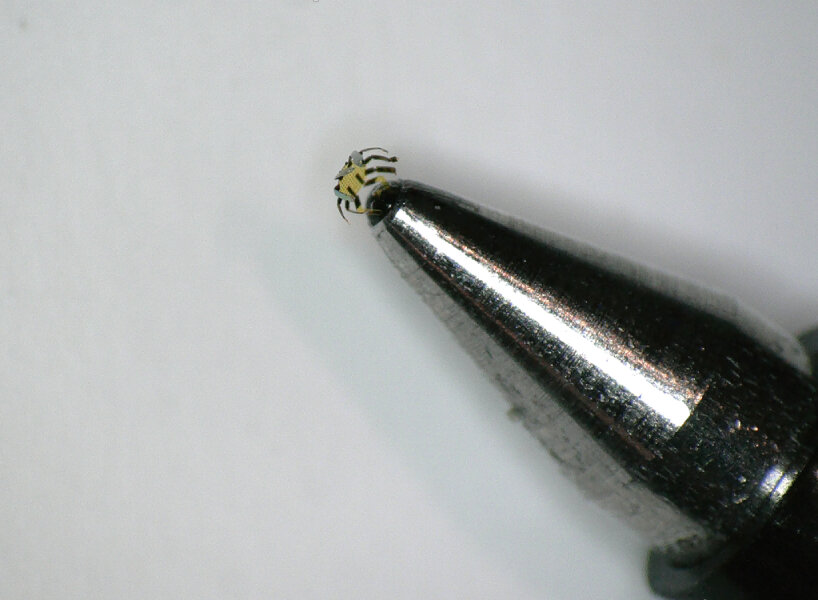 a robot crab on the pen’s tip 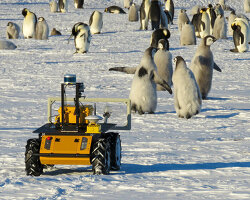 Jun 10, 2022
lightyear 0 can drive for months without charging using solar-panel roof
‘lightyear’ shares that ‘lightyear 0’ can drive for up to two months in cloudy climates while up to seven months in sunnier countries.
technology
+5.8K shares
connections: +1490