‘display blocks’ are six-screen OLED visualization cubes being developed by spanish-born masters candidate pol pla i conesa of the MIT media lab’s fluid interfaces group. editors from engadget have just visited the media lab with a report on the prototype system. each board is powered by an individual microcontroller unit, capable of showcasingvideo, images, or other data.

pol pla i conesa imagines the device used in settings where different sets of information about a large number of people or objects need to be rapidly accessed, such as in job applicant or product reviews. ‘the cube is a nice metaphor for different perspectives on the same data,’ he explains.

on a larger scale, the cubes could be used to construct deconstructable walls and large objects, with all the ‘pixels’ working together to feature a single image or video, or each showcasing independent information.

concept idea about use of ‘display block’ for experimental narrative cinema, such as an interactive visualization of the film ‘crash’ (2004)

the device could also be used artistically towards experimental narrative form films and digital literature: ‘imagine– if you can have a recent movie like ‘crash’, where you have a lot of rich plots that intertwine and happen at the same time– that you can explore the different narratives on different faces of the cube, so as we’re watching the movie, we can decide to follow one character or another. at the end of the movie we’d have completely different experiences than other people who’ve watched the same movie.’ 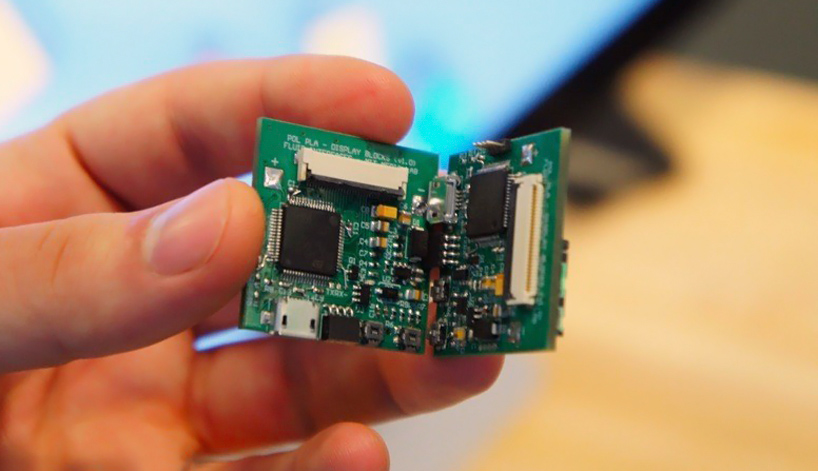