‘LG Only i’ robot for gen z content creators

A team of South Korean design students recently unveiled LG Only i, a minimalist robot that can facilitate independent content creation. The device includes a high-resolution camera, a lighting module, a circular built-in touchscreen, and many other accessories and customizable features. With it, users can take photos for Instagram, record TikToks, or even go live on the streaming platform of their choice. Aimed specifically at Generation Z, the design offers a clean aesthetic with simple, straight lines, making it an ultra-compact device that fits seamlessly into any modern interior setting. 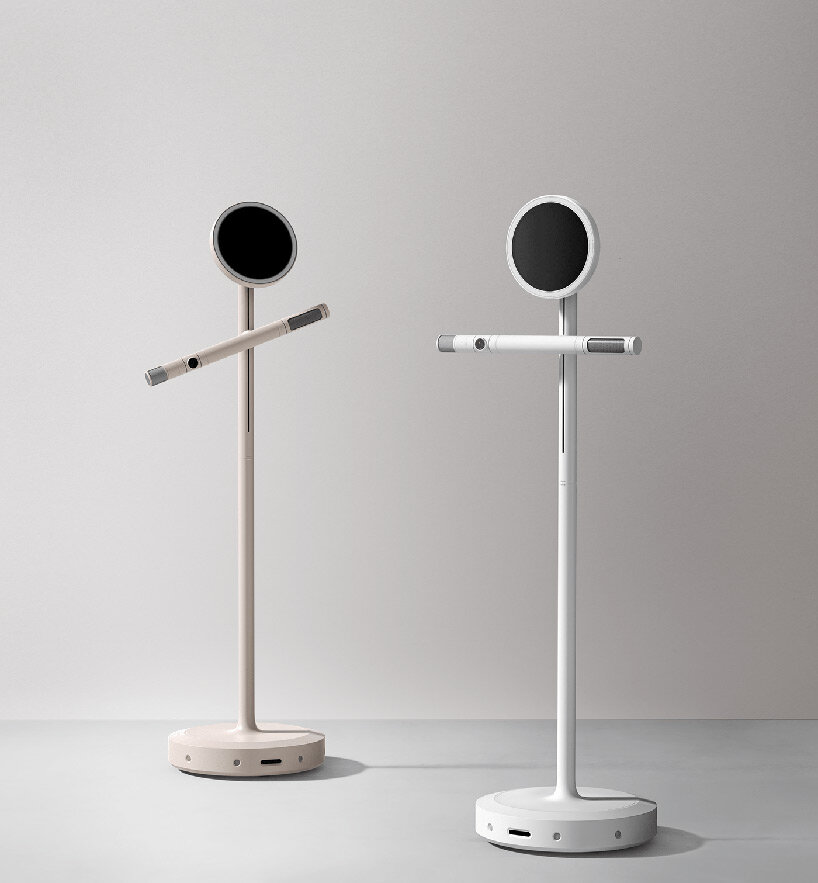 Since the product is aimed at young users who often live in small apartments and travel a lot, the design team decided to create a simple, practical, and versatile design. The ideas of ‘cleanliness’, ‘simplicity’, and ‘minimalism’ were incorporated into the concept, resulting in a robotic device with a monochrome, linear design that takes up as little space as possible. Although it is a robot with a complex technical configuration, the internal parts have been designed to be unobtrusive, and the overall design eliminates unnecessary elements to reduce visual fatigue.

LG Only i features a linear module with a light, microphone, and camera that can be moved up and down and also rotated to fit the needs of the content creator. Above this is a circular touchscreen that allows the user to review their videos as they’re being recorded. The circular display was used to maximize the user experience by allowing convenient communication, feedback and operation between users and devices. The constant continuity of the circular display forms a natural flow and serves to bring the static interface to life through a regular rhythm. The robotic device also features an adjustable smartphone holder, fabric speakers, and two types of USB and C terminals on its back. 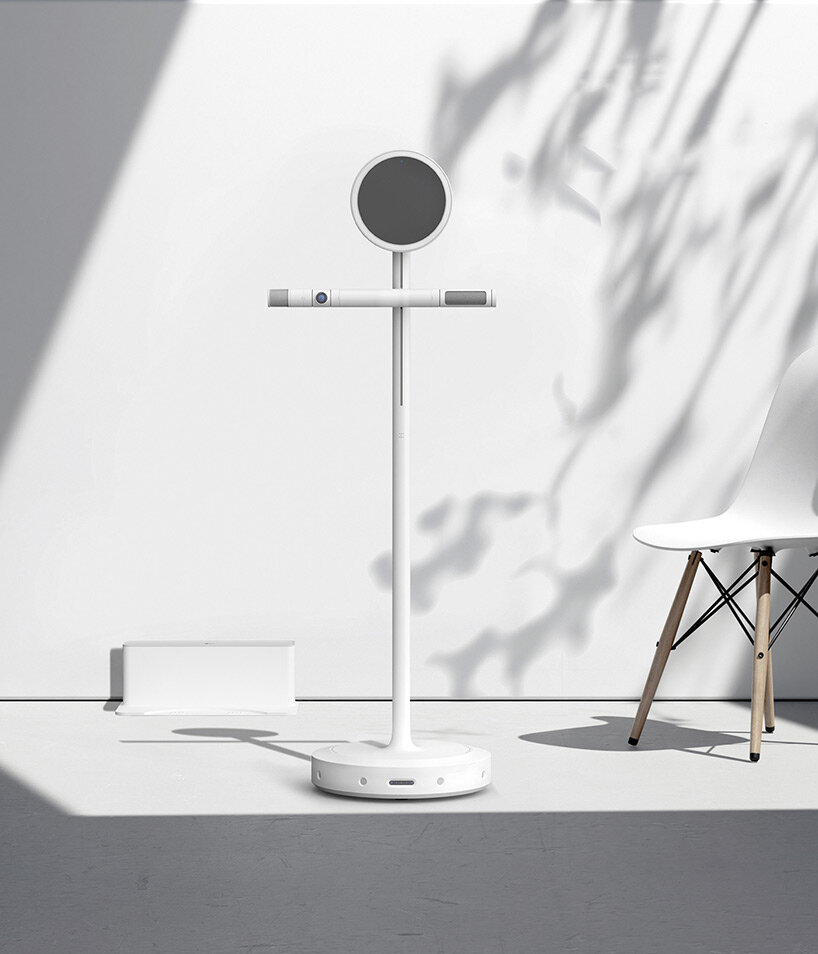 the device presents a clean aesthetic with simple, straight lines

a content-creating robot that moves on its own

LG Only i is designed as a modular product that can be reconfigured according to use. A variety of modules and accessories can be connected to the device using rotatable magnetic pogo pins, minimizing unnecessary connection procedures. This allows content creators to easily swap out their camera and lighting modules depending on the environment, mood, and type of image or video they want to capture.

The robot can be mounted on a desk and used statically. At the same time, it can also stand and even move on its own, while its eight built-in sensors ensure accurate positioning. On its base, the robot incorporates four wheels and distributes its weight equally. It can also easily handle violent movements such as cornering and braking. A controller is intended for situations where it is difficult to operate the camera individually. The buttons and joysticks of the controller are placed so that they can be easily operated with one hand.

the linear module with the light, microphone, and camera can be moved up and down, and rotated 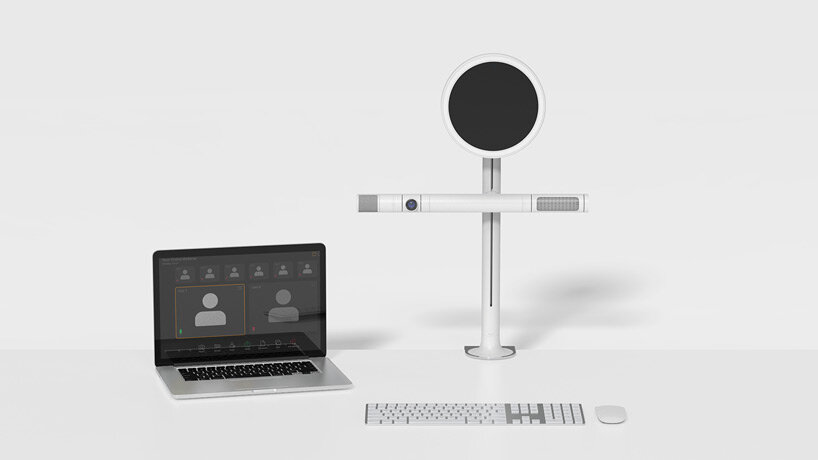 the device features an HR camera, a lighting module, a circular built-in touchscreen, and many other accessories 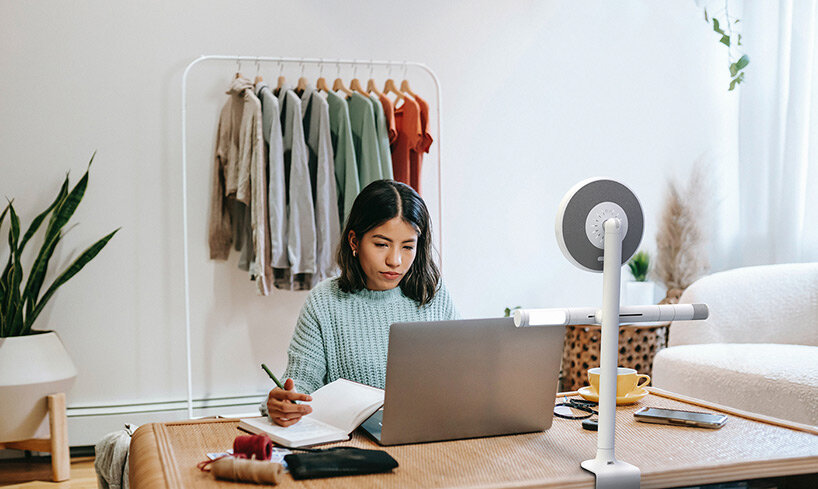 the robot can be mounted on a desk and used statically 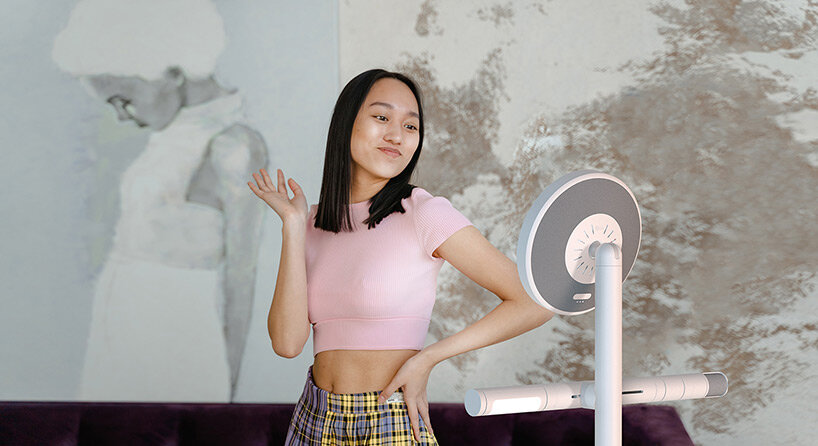 the product is specifically aimed at gen Z 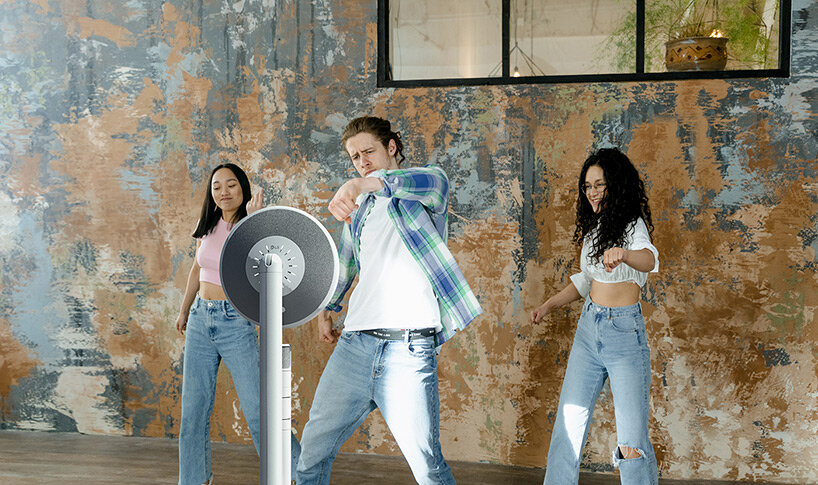 users can take photos for Instagram, record TikToks, or even go live on the streaming platform of their choice 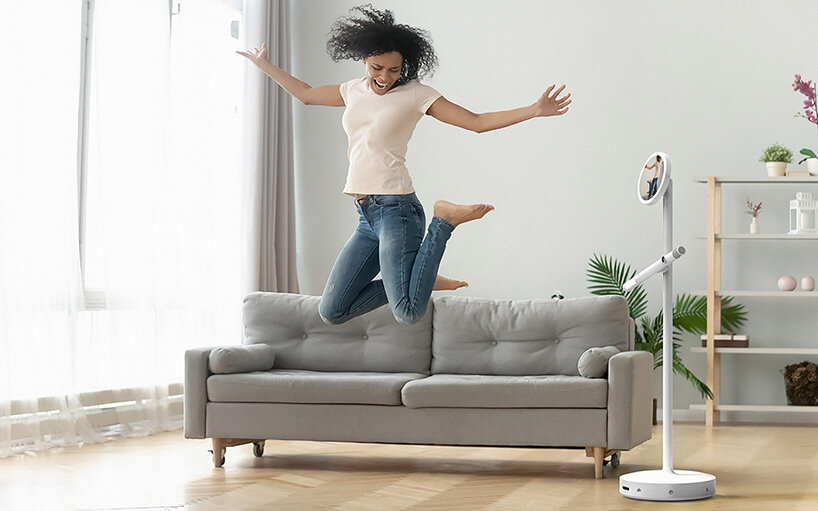