intrepid first flashed their 4X5 collapsable large-format camera back in 2014, and now, the team have set their sights on something a little bigger. the crew at the intrepid camera co. have launched a new 8×10 camera, which sets out to be the most affordable and lightest production large format camera in the world. the intrepid cameras aim to bring back the art of large-format film photography by making it accessible to everyone. thanks to the long exposure and large range of focus and perspective, the long range intrepid cameras allow you to capture every single tone and detail. 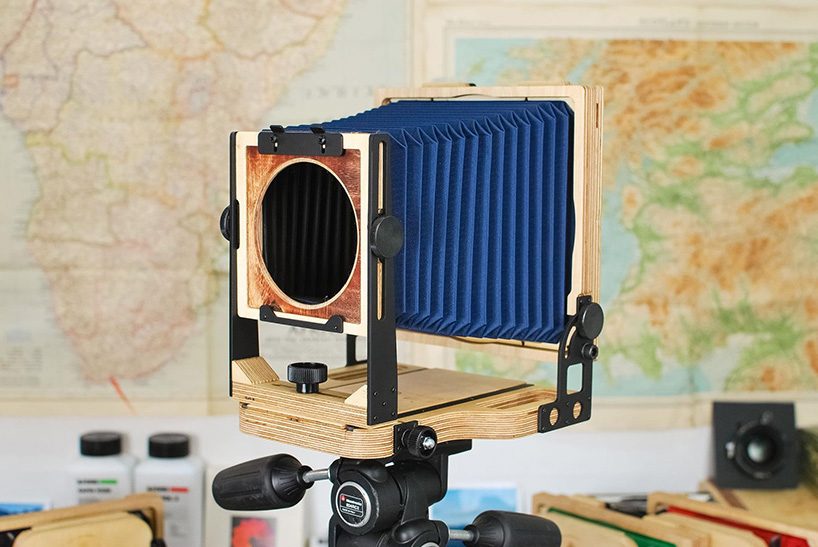 the original 4×5 camera
all images courtesy of the intrepid camera co.

designed as a ‘rethink’ of the classic field camera, as it’s name might suggest, the intrepid camera is made for those with a spirit of adventure. compact and easily portable, the device can be taken anywhere with you to capture precise images on a whole variety of films. by combining modern manufacturing with traditional carpentry, the team at the intrepid camera co. have produced a beautiful, handmade machine without breaking the bank. all build in brighton, UK, the camera’s facade is made from hand-picked birch plywood weather sealed with a plant based wax oil mix, with anodised aluminium for the structural components to prevent any rusting. in keeping with their penchant for high-quality materials, the intrepid camera co. have crafted the highly flexible bellows from a waterproof ripstop nylon, with a light and infared proof internal layer. 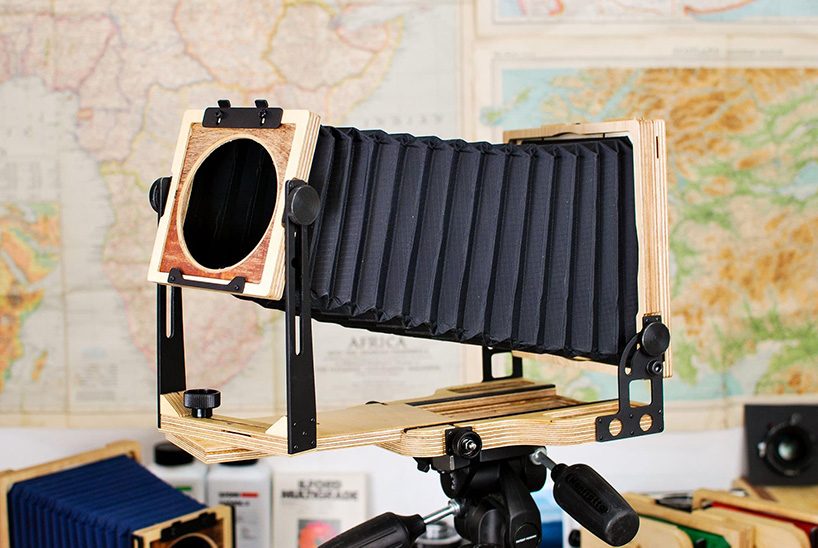 the intrepid camera’s bellows are many of nylon

super lightweight, the smaller 4×5 machine weighs only 900 grams, whilst it’s larger 8X10 sibling still weighs just 220 grams. lenses can be mounted on a linhof/technika style board or one of the boards supplied by intrepid themselves for optimal results. the cameraa will be happy with around 75-320mm focal lengths, varying slightly between both models. with rotating backs to allow both landscape and portrait photography, the cameras also include a bright and sharp hand ground glass focussing screen with 1/2 inch grid. the flexi-camera also has a max tilt of 45º, allowing lots of room to correct perspective or to get really creative with it. 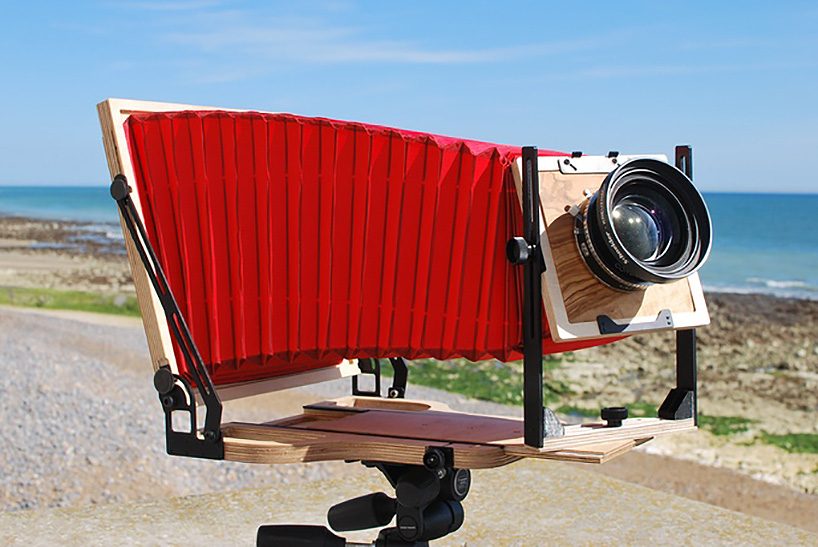 the demand for an 8×10 camera was so high that the intrepid camera co. decided to build it the 8×10 camera allows for photography on large scale film 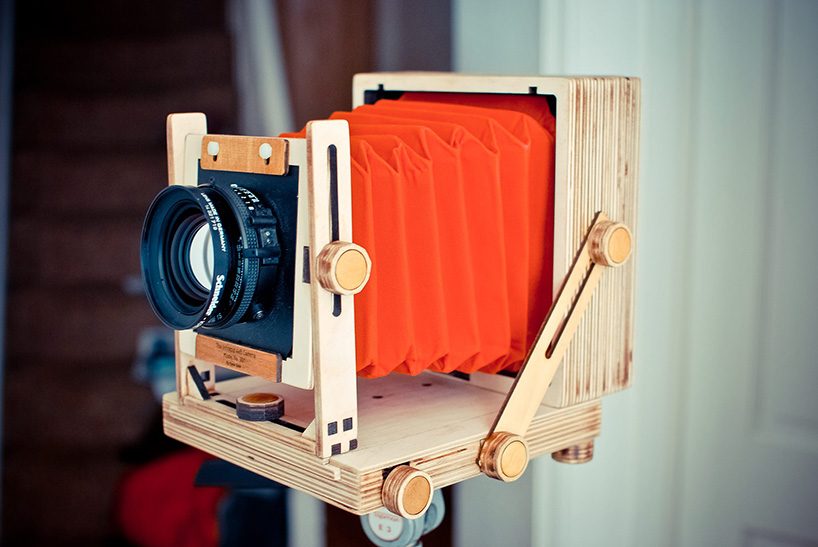 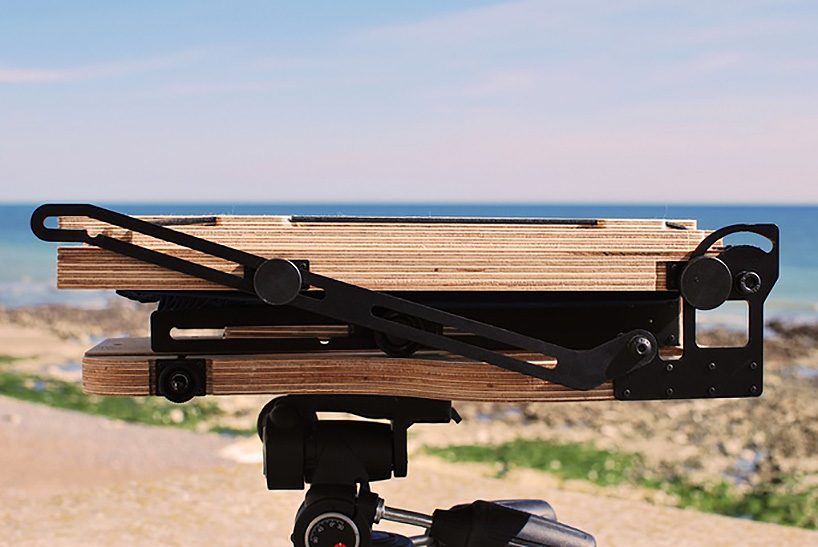 the camera collapses into a flat-packed, easy-to-carry device 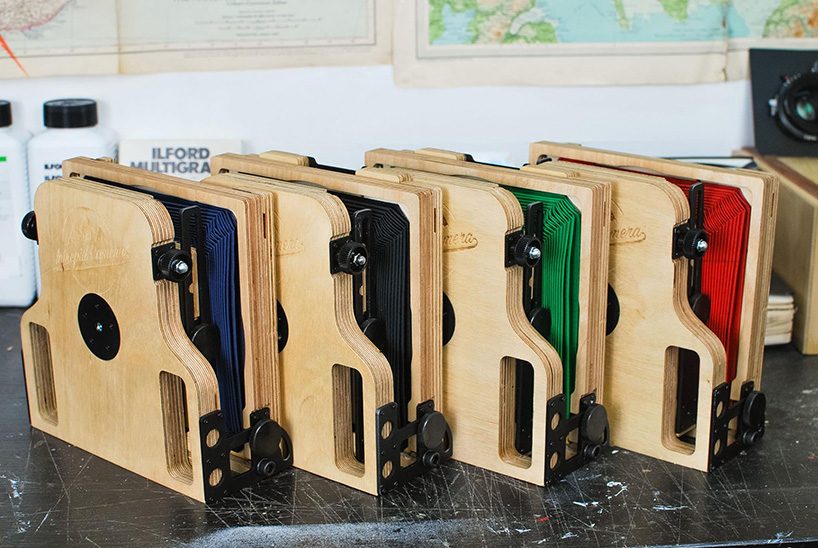 the 4×5 camera is currently available with bellows in blue, black, green or red 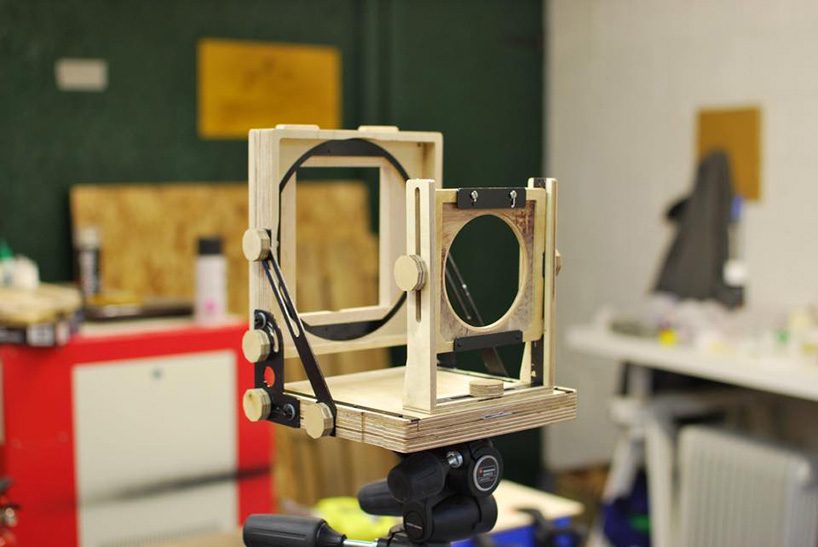 the frame of the camera is made from birch plywood 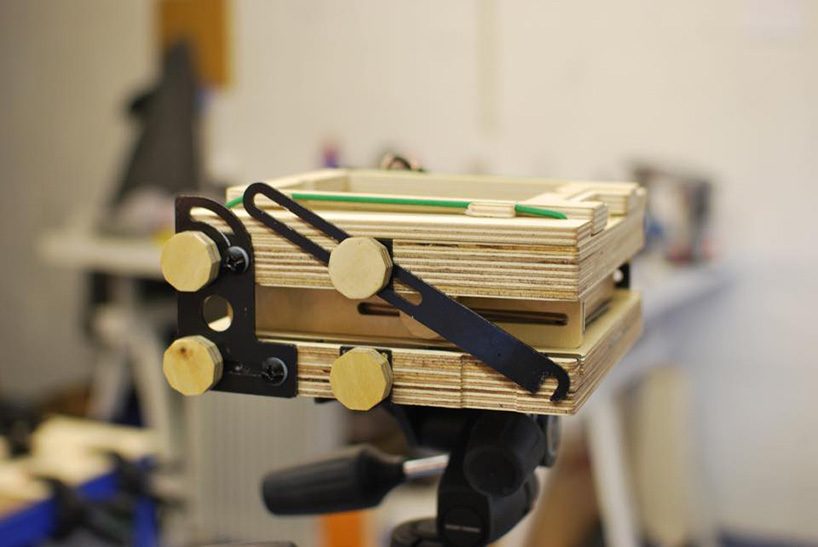 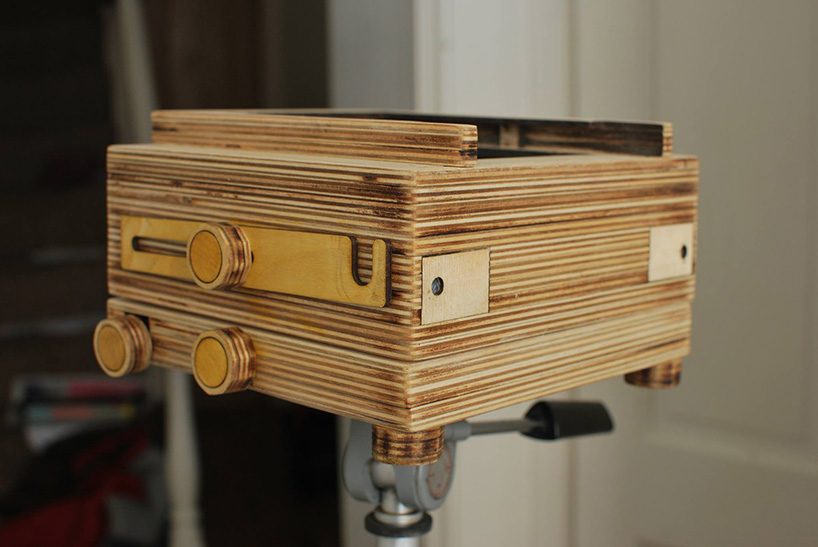 the cameras are all hand built in brighton, uk 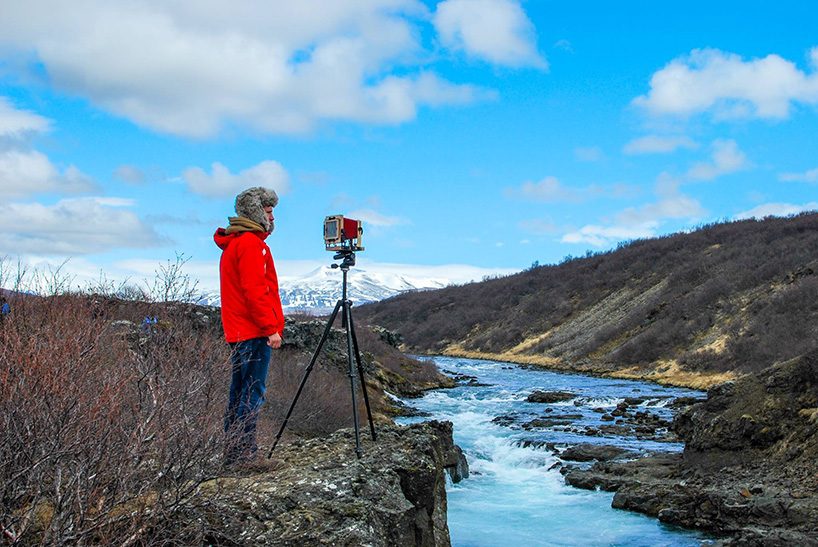 the intrepid camera is built to be taken off the grid 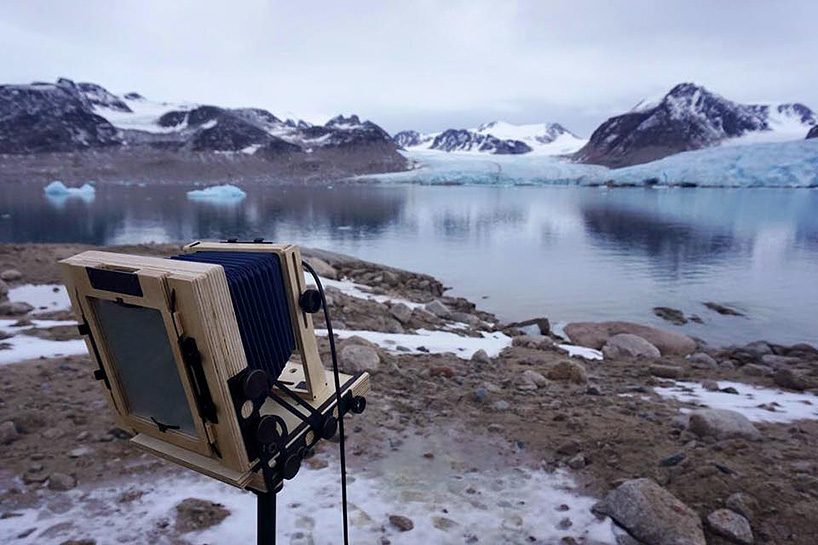 the weatherproof camera is perfect for adventurers 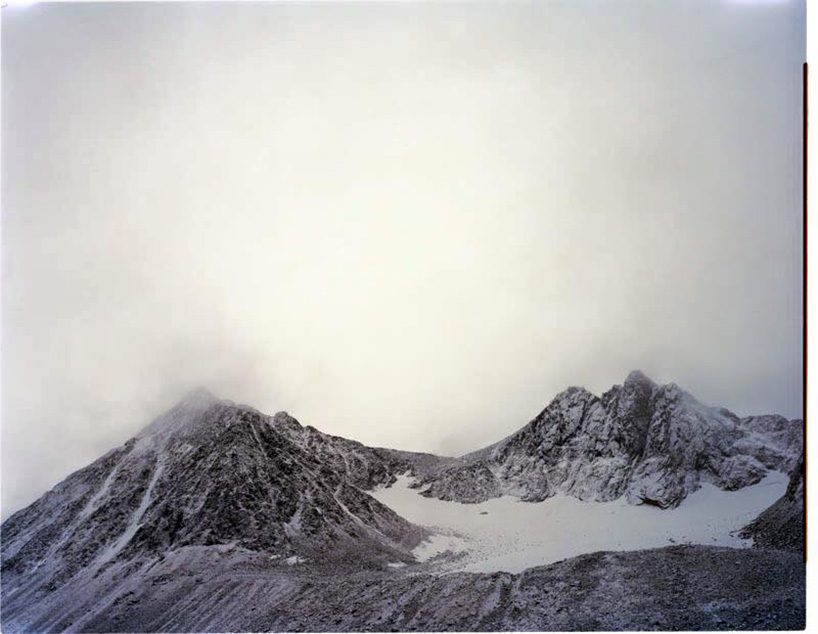 black and white shot taken on the intrepid 4×5 camera 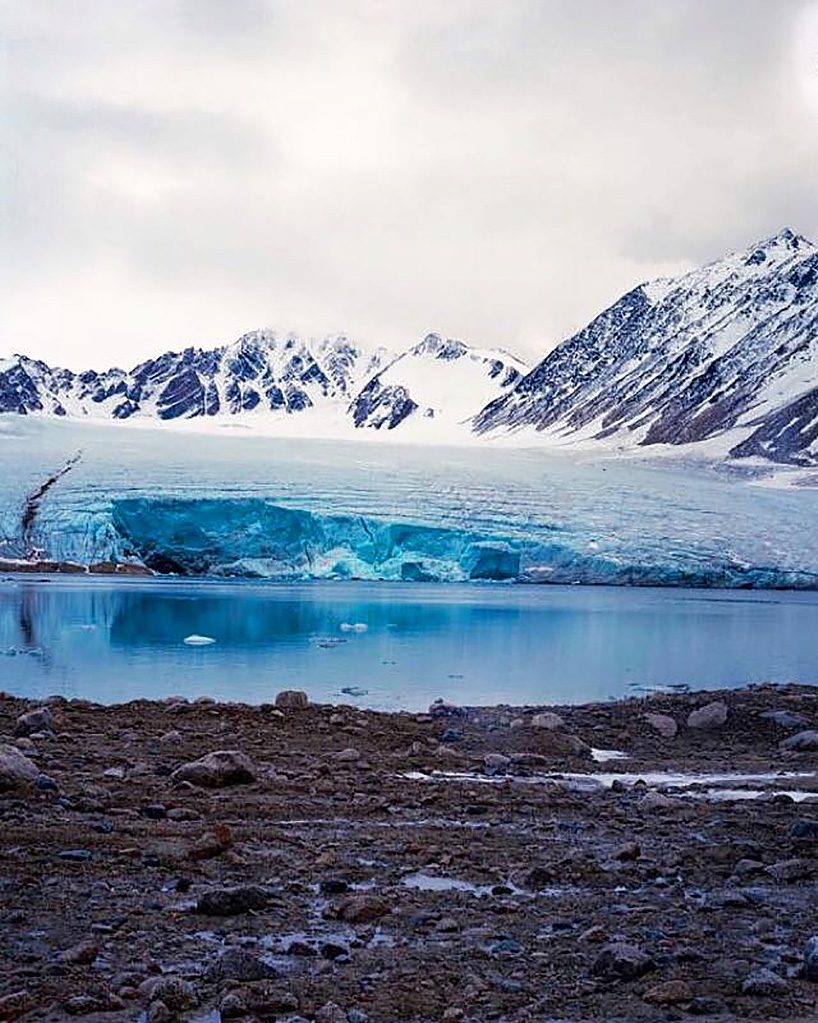 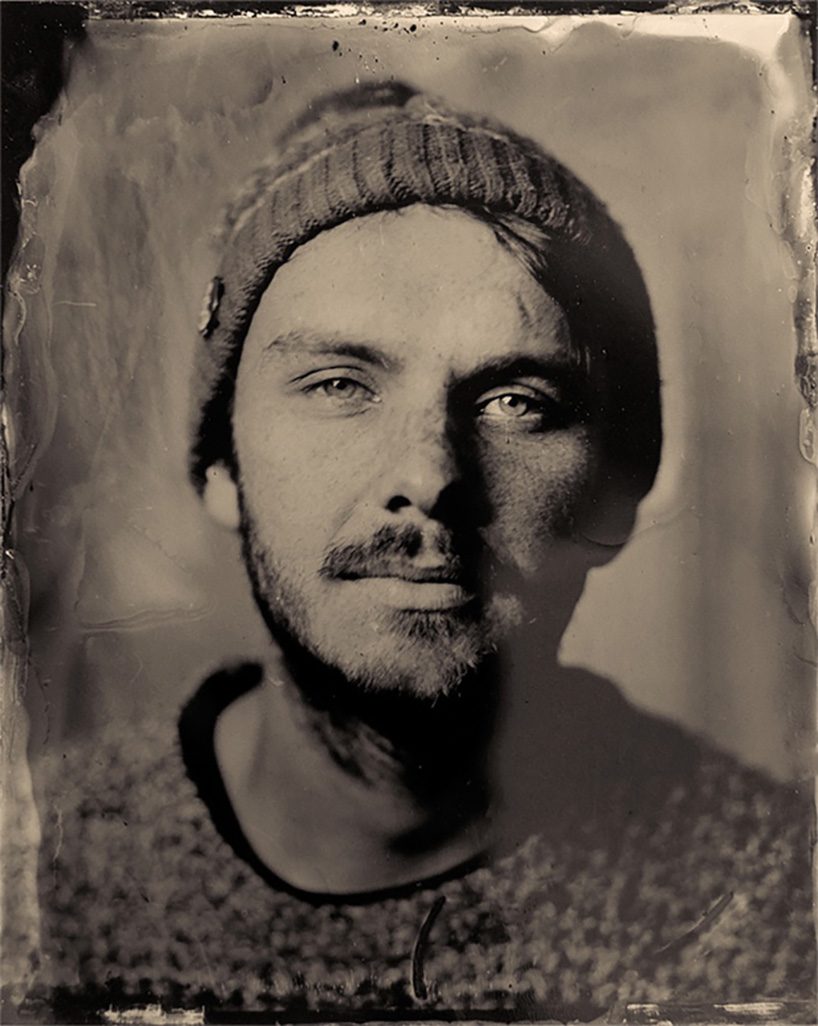