MIT news writes that teaching a robot to play jenga with traditional machine learning schemes require 10s of thousands of tested attempts — not too bad until you consider the amount of human hours it would take to build 54 blocks in perfect perpendicular 3 X 3 stacks 10s of thousands of times. however, the engineers at MIT have found a short cut around all that.

all images courtesy of MIT news

the MIT engineers approached this project from a human perspective. we use our eyes to study the tower. we use are fingers to pry and poke. we use our ears to hear friends yelling fake rules at us. this robot can’t hear, but it does combine its sense of vision with the sense of touch, provided via its ‘industry-standard ABB IRB 120 robotic arm.’ using touch and sight, the MIT jenga robot quickly learned clusters of data by focusing on the different behaviors the blocks exhibited when they were pushed, pulled, tapped and toppled.

in all, it took the robot just 300 tries to learn the game. granted, it’s poking and prying the blocks and there are many unreasonable friends out there who might call this technique cheating. official rules of jenga says otherwise. this robot is completely in its right to poke and test blocks for ease of extraction before stacking. 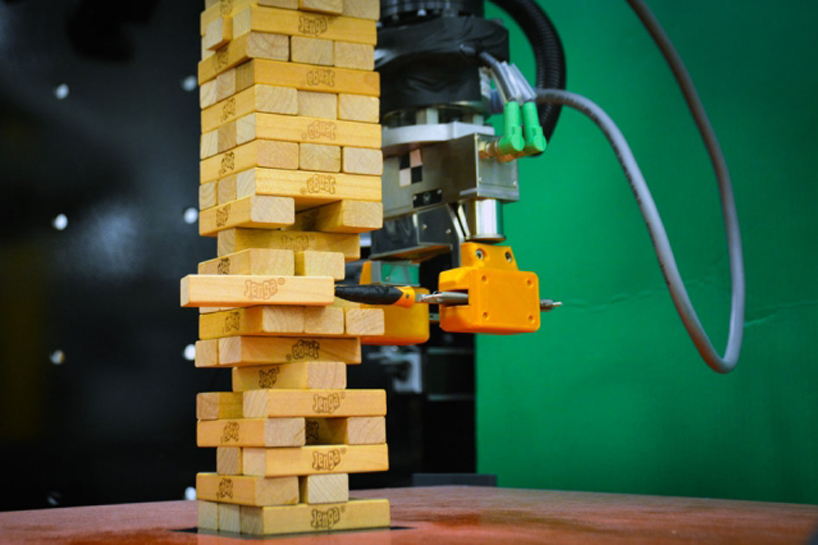