MIT has developed M-blocks, a set of robotic cubes that can roll, jump, spin, and self-assemble into different shapes. the robots, called M-blocks 2.0, have a barcode-like system on each face that helps them recognize and communicate with other blocks.

the cube robots were developed by MIT’s computer science and artificial intelligence laboratory (CSAIL). they are actually the second iteration of an original design that MIT showed off back in 2013. the latest version features algorithms designed to help the robots work together more effectively. 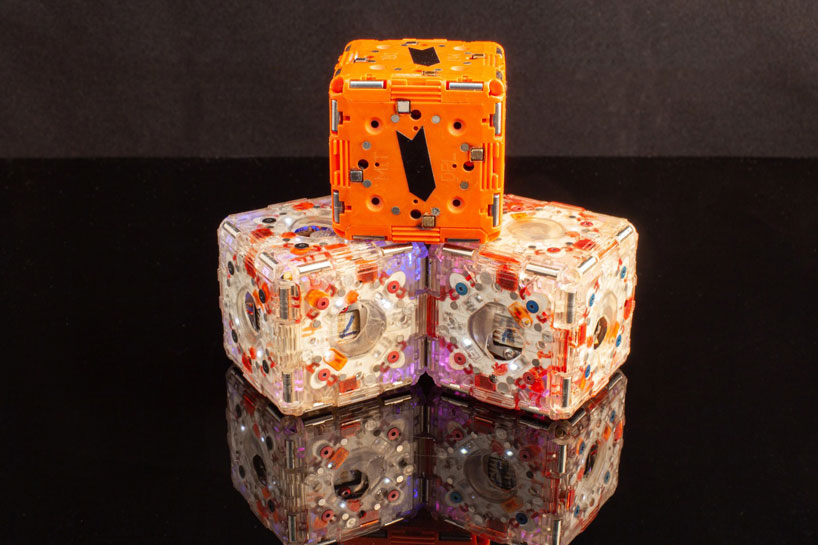 inside each modular ‘M-block’ is a flywheel that moves at 20,000 revolutions per minute, using angular momentum when the flywheel is braked. on each edge and every face are permanent magnets that let any two cubes attach to each other.

each module can move in four cardinal directions when placed on any one of the six faces, which results in 24 different movement directions. without little arms and appendages sticking out of the blocks, it’s a lot easier for them to stay free of damage and avoid collisions.

‘M stands for motion, magnet, and magic,’ says MIT professor and CSAIL director daniela rus. ”motion’, because the cubes can move by jumping. ‘magnet,’ because the cubes can connect to other cubes using magnets, and once connected they can move together and connect to assemble structures. ‘magic,’ because we don’t see any moving parts, and the cube appears to be driven by magic.’

‘the unique thing about our approach is that it’s inexpensive, robust, and potentially easier to scale to a million modules,’ says CSAIL PhD student john romanishin, lead author on a new paper about the system. ‘m-blocks can move in a general way. other robotic systems have much more complicated movement mechanisms that require many steps, but our system is more scalable.’ 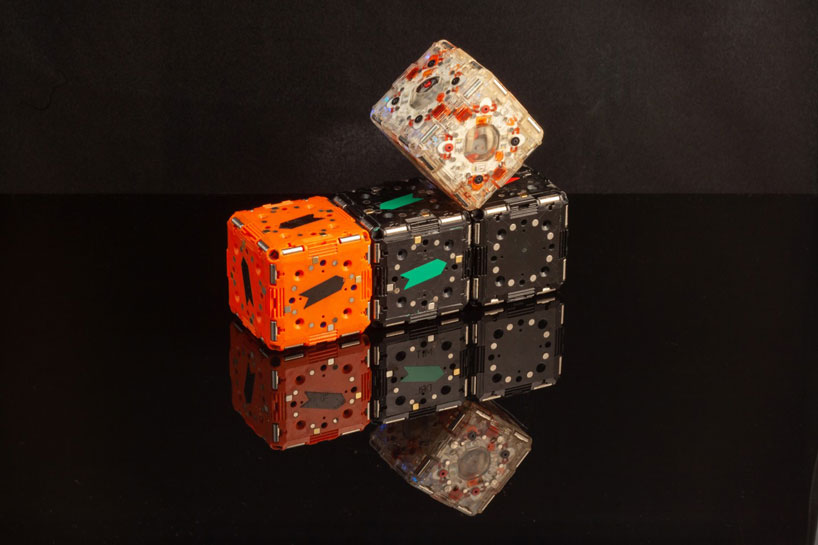 essentially, the blocks used the configuration of how they’re connected to each other in order to guide the motion that they choose to move. in MIT’s experiements, 90 percent of the M-blocks succeeded in getting into a line.

while the mechanism is quite intricate on the inside, the exterior is just the opposite, which enables more robust connections. beyond inspection and rescue, the researchers also imagine using the blocks for things like gaming, manufacturing, and health care.