NASA and aerojet rocketdyne have recently finished testing a rocket engine injector made through additive manufacturing. the series of test firings of a 3D printed liquid oxygen and gaseous hydrogen rocket injector assembly demonstrates the ability to design, manufacture and test a critical rocket engine component using selective laser melting manufacturing technology — a method that employs high-powered laser beams to melt and fuse fine metallic powders into three dimensional structures. ‘rocket engine components are complex machined pieces that require significant labor and time to produce,’  says tyler hickman, NASA test leader at glenn. this type of injector manufactured with traditional processes would take more than a year to make, but with these new processes it can be produced in less than four months, with a 70 percent reduction in cost. 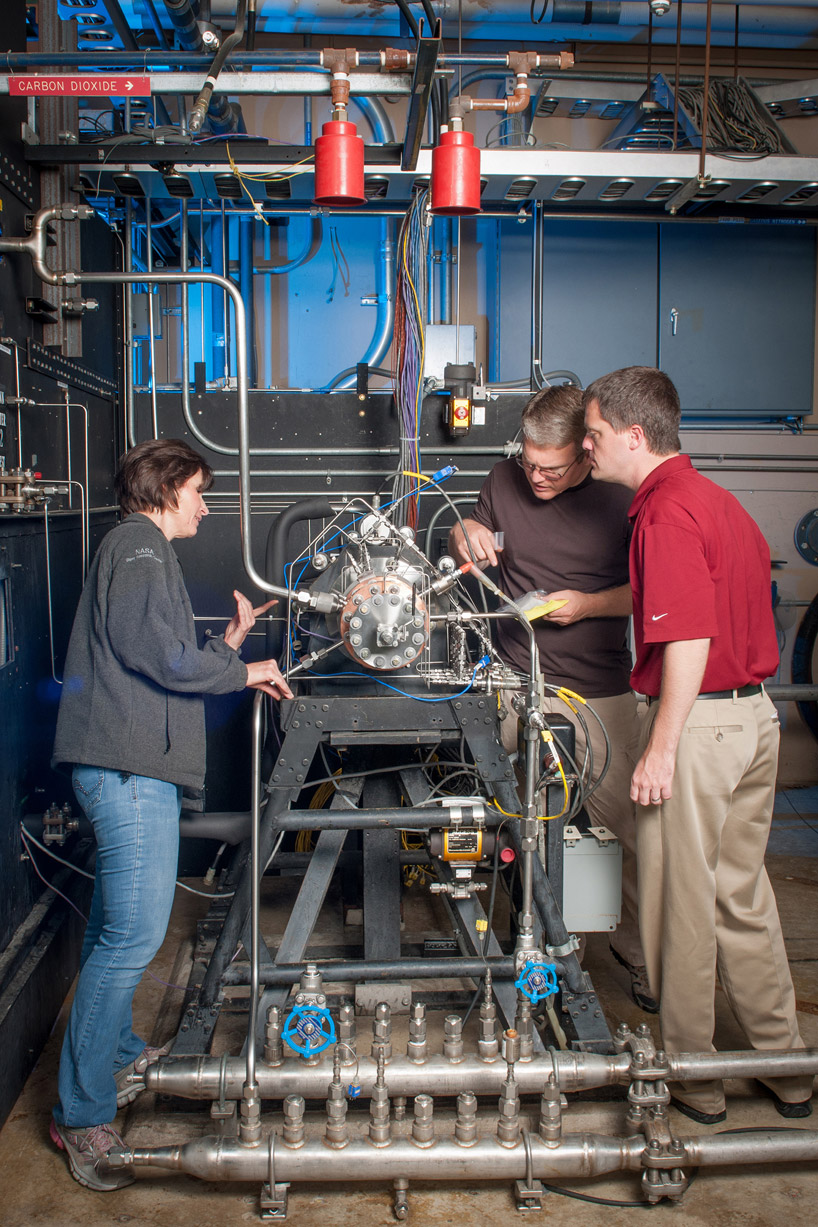