‘infinite loop‘, invented by designer and engineer tim gushue, offers a multipurpose, extensible stand for tablets and smartphones. the flexible device can be bent into any shape as it holds up mobile devices via suction cup, and gushue has just been in touch with designboom to preview a series of accessories he plans for upcoming release into the ‘infinite loop’ system, including clip-on speakers, a USB module, and a camera screw thread adapter.

composed of co-molded metal and plastic, ‘infinite loop’ is produced in a two-foot long ‘mini loop’ and a four-foot standard model. the adjustability of the loop, which supports devices via suction caps and adjustable side clips, makes it compatible with a range of tablets, including iPad, playbook, and zoom, as well as kindles and other e-readers, while the mini loop fits all apple phone and touch products, as well as ‘virtually any other smartphone that you can stick a suction cap to’. 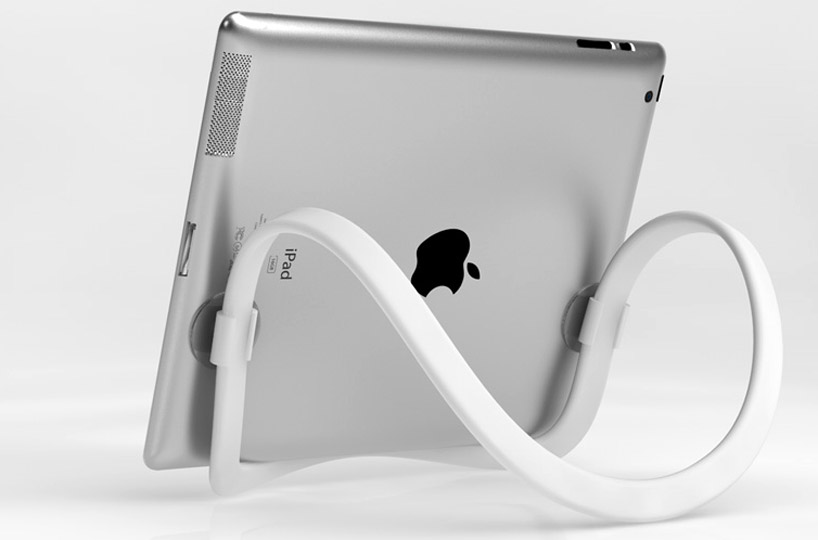 rear view of one possible configuration

‘infinite loop’ as a whole is designed for extensibility and range of use. the device’s durable but flexible material can be formed into a range of shapes for use on flat surfaces, wrapped around poles, hung over objects, and in other environments. the system is also modular, so multiple ‘infinite loops’ can be connected together to adapt to additional settings. when not in use, ‘infinite loop’ can be rolled up into a compact circle. 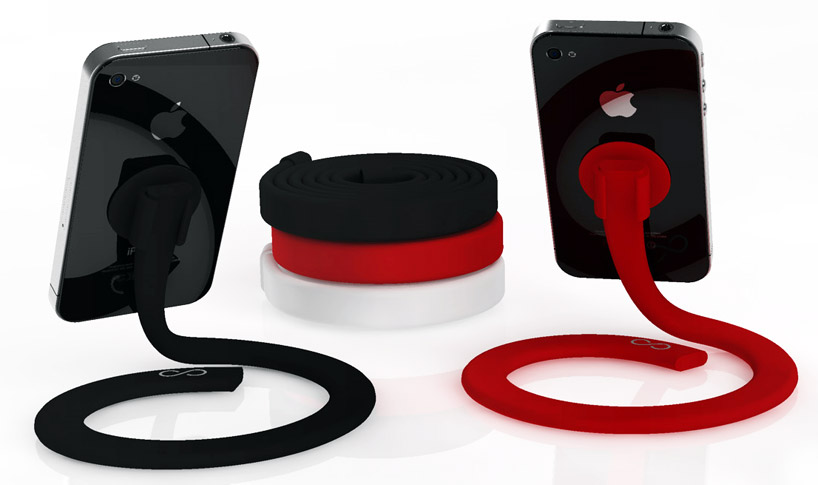 because devices are supported simply by the attachment of a suction cup, the stand is compatible with a range of devices 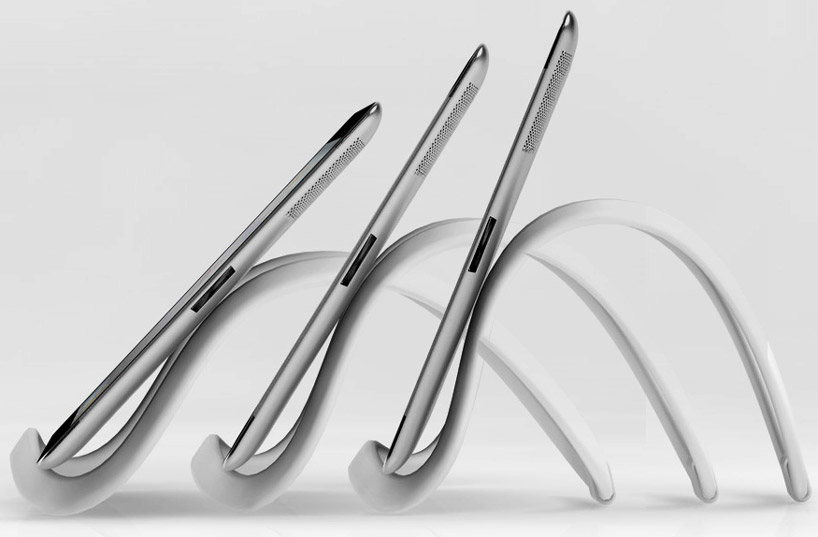 composed of flexible metal and plastic, the stand can be bent into a range of configurations

gushue has already designed a line of accessories for ‘infinite loop’, including adapters that permit other kinds of devices such as handheld cameras to be supported. components like clip-on speakers and a USB-port loop segment add functionality to the product’s use with tablets and phones.

funded largely via kickstarter, where preorders-qua-funding are accepted through july 22nd, the standard and mini ‘loops’ are expected to be available this august.

accessories planned for the device include clip-on speakers 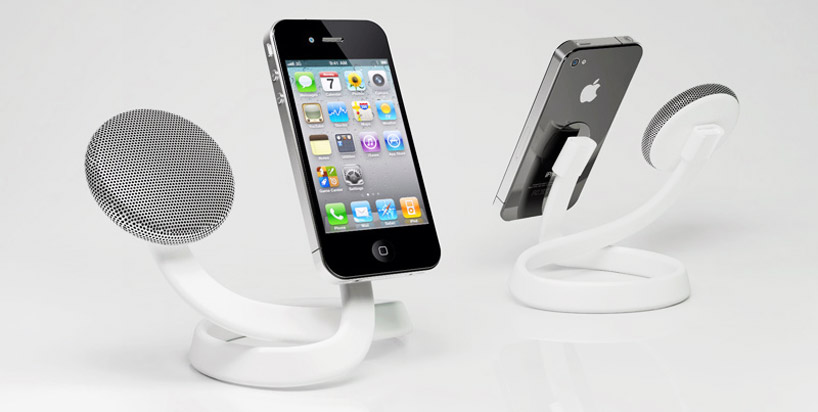 a second model of clip-on speakers 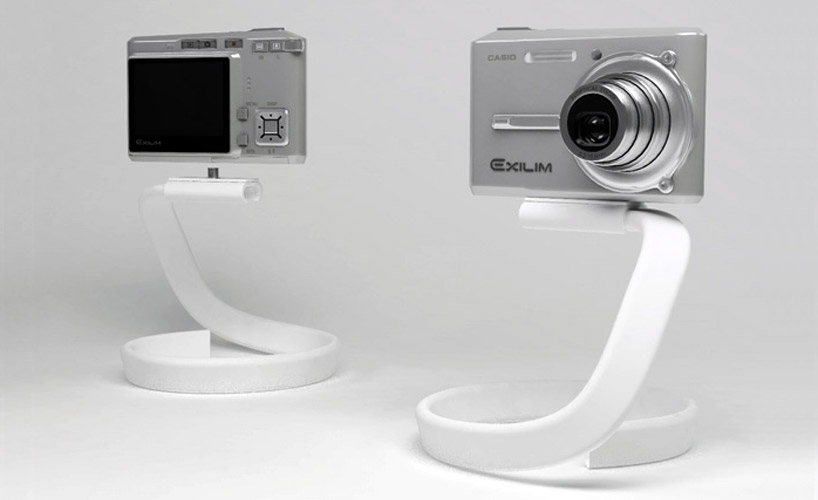 additional accessories include adaptor mounts for other devices, such as cameras 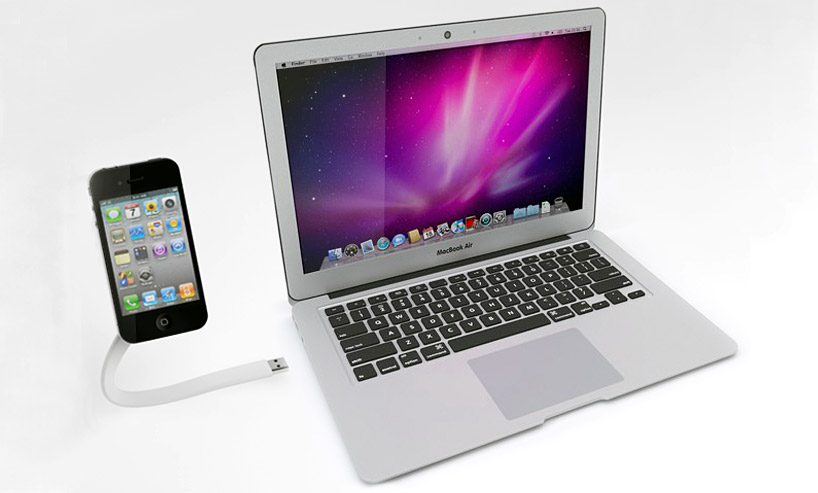 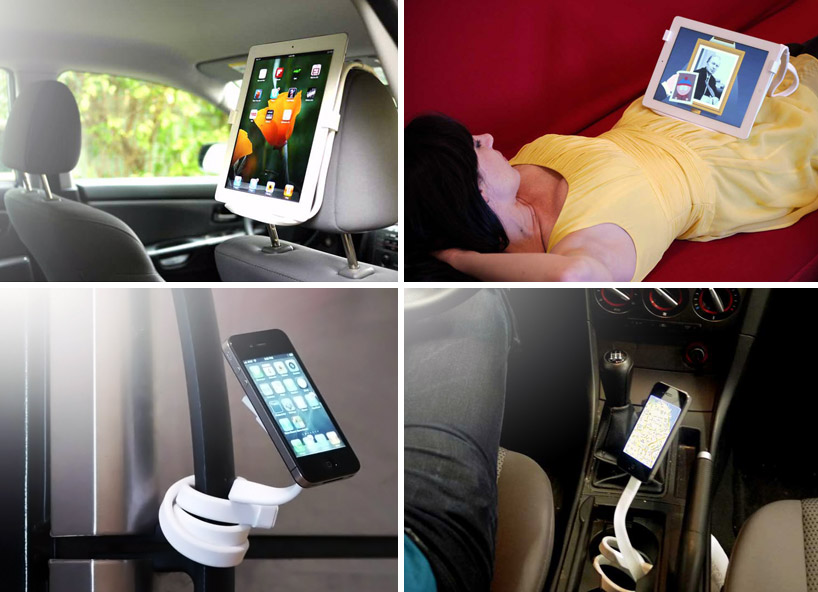