in florence, palazzo strozzi has unveiled a new installation by french artist JR. titled la ferita (the wound), the site-specific artwork reinterprets the façade of the renaissance palazzo, opening it up to reveal a vision of an interior at once real and imaginary, achieved with a black and white photographic collage to trigger a debate on the accessibility of culture in the age of COVID-19. 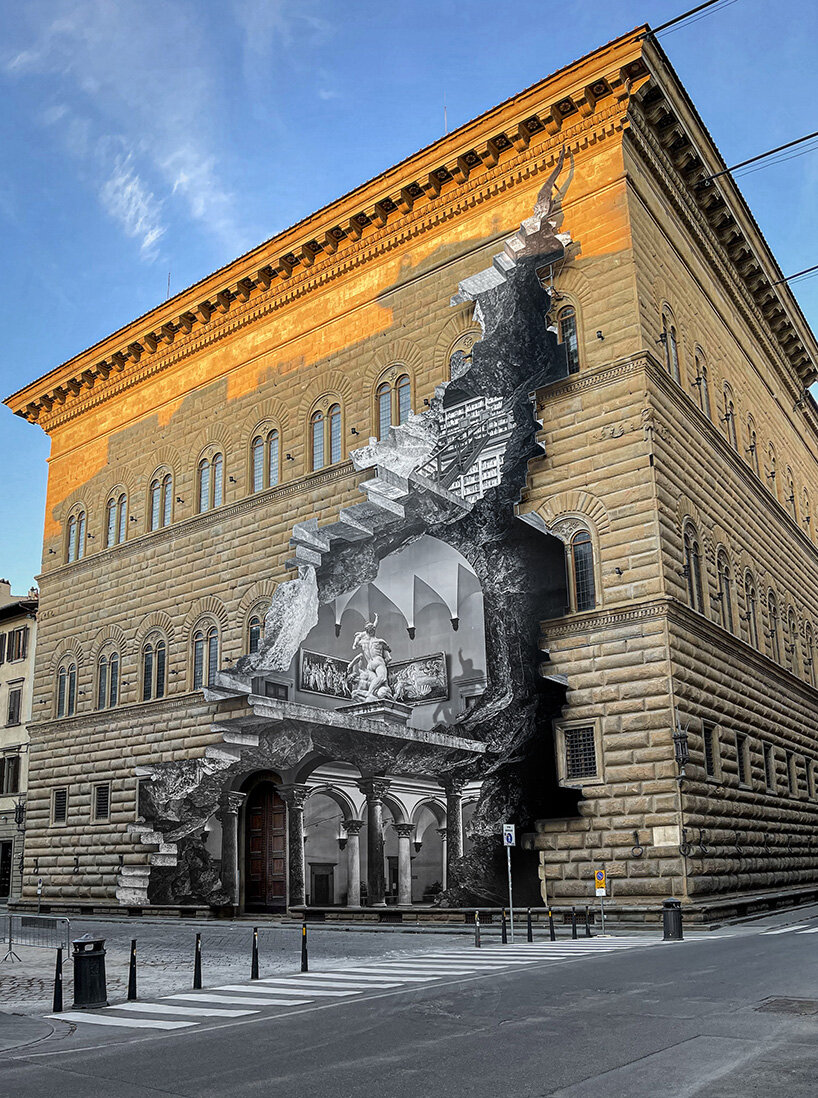 throughout his career, JR has created monumental photographic collages — from the favelas in rio de janeiro to the louvre in paris, his work depicts larger than life images placed in dramatic locations across the urban landscape. his latest work, la ferita, images the renaissance palazzo with a deep wound or gash revealing the interior of the building with some of florence’s most iconic artworks occupying the space. measuring 28 meters tall and 33 meters wide, the massive collage installation covers the primary façade of palazzo strozzi and works like as an illusion in which, observed from a specific viewpoint, various areas of the building open up as a wound. 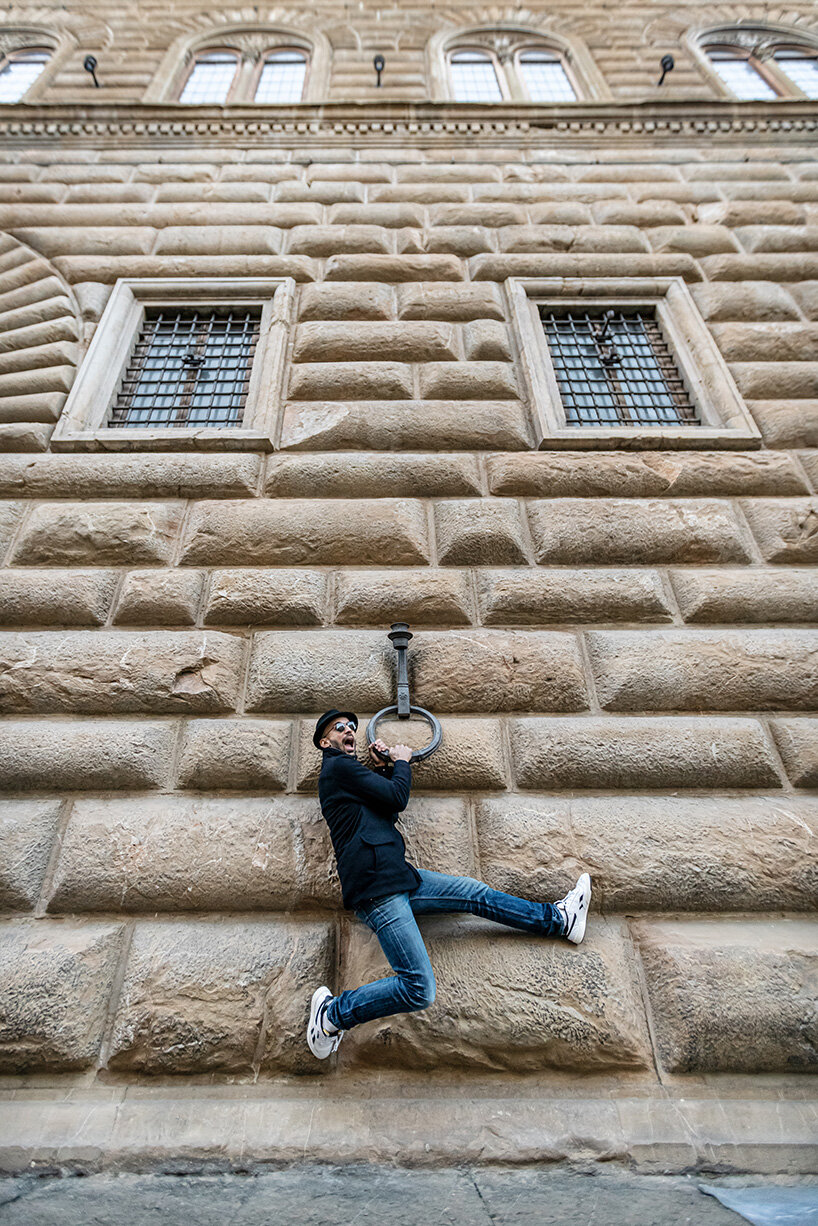 with la ferita, JR proposes a direct and evocative reflection on accessibility, not only to palazzo strozzi but to all cultural sites in this pandemic era. thus, palazzo strozzi becomes the stage for a symbolic yet painful wound suffered by all cultural institutions both in italy and abroad — museums, libraries, cinemas and theaters are forced either to restrict audience access or to shut down completely. looking ‘inside’ palazzo strozzi also has the makings of an act of voyeurism designed to reveal that which cannot be seen: the depiction of a reality that goes beyond what one can customarily behold. 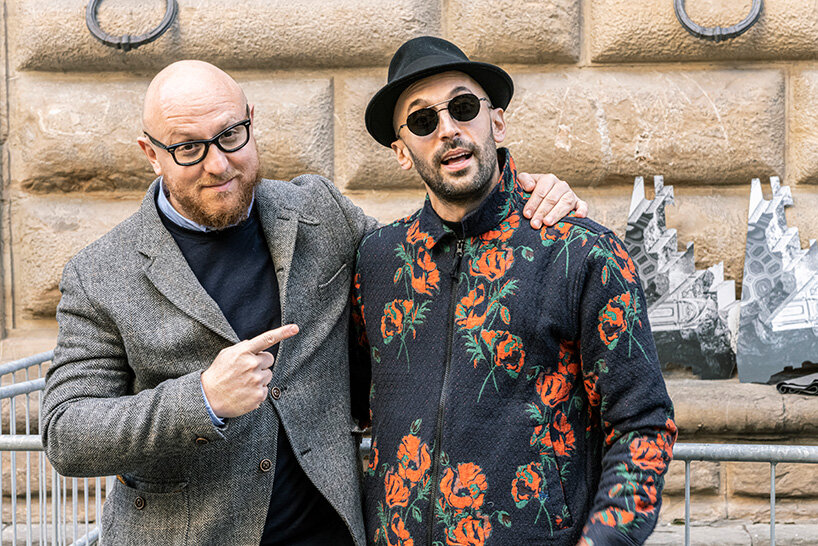 the installation also launched the palazzo strozzi future art programme,  a new initiative to support the production and promotion of contemporary art in italy, including an annual public art commission for florence. 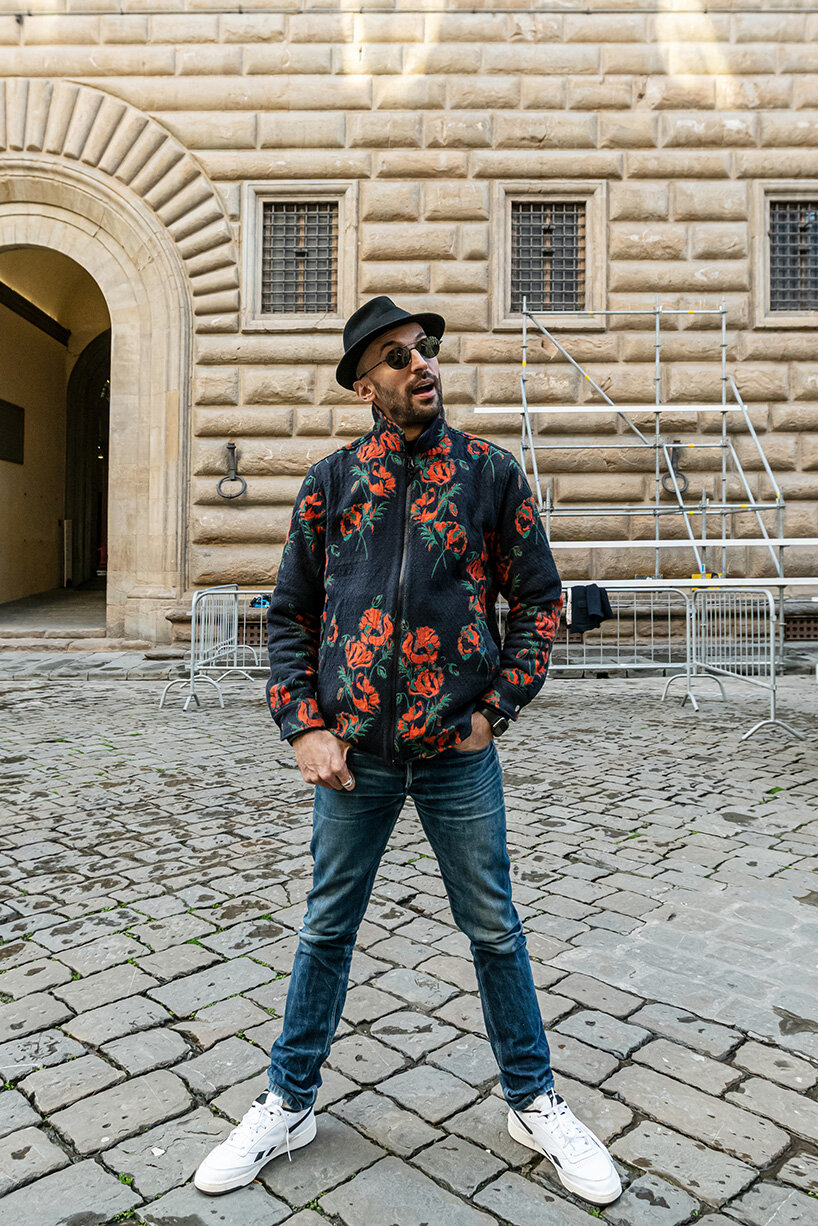 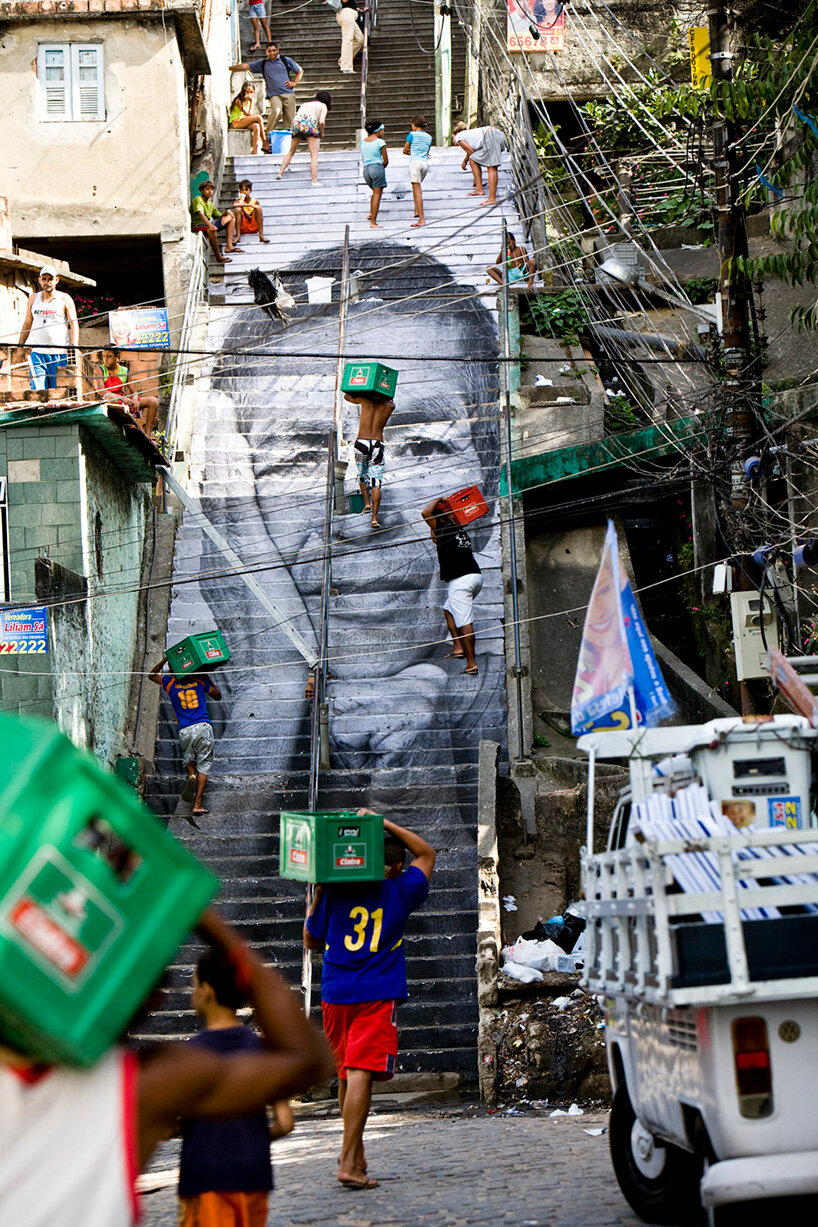 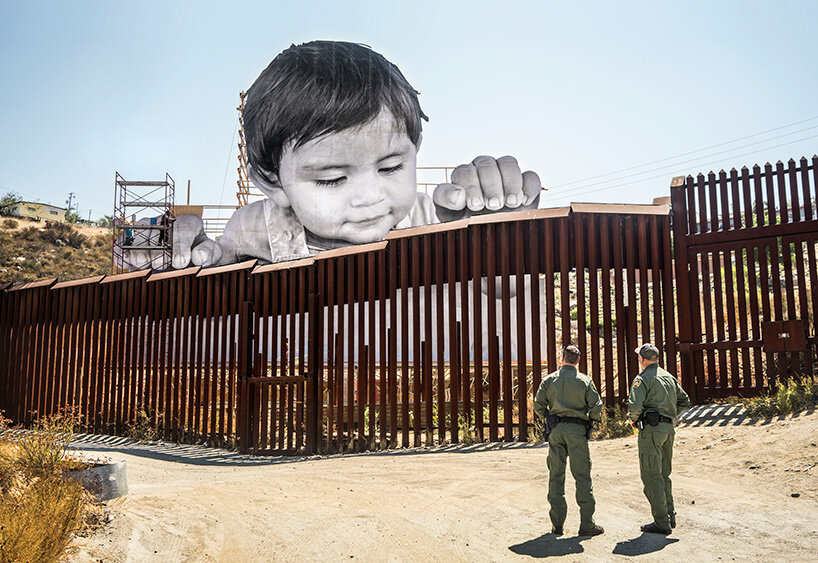 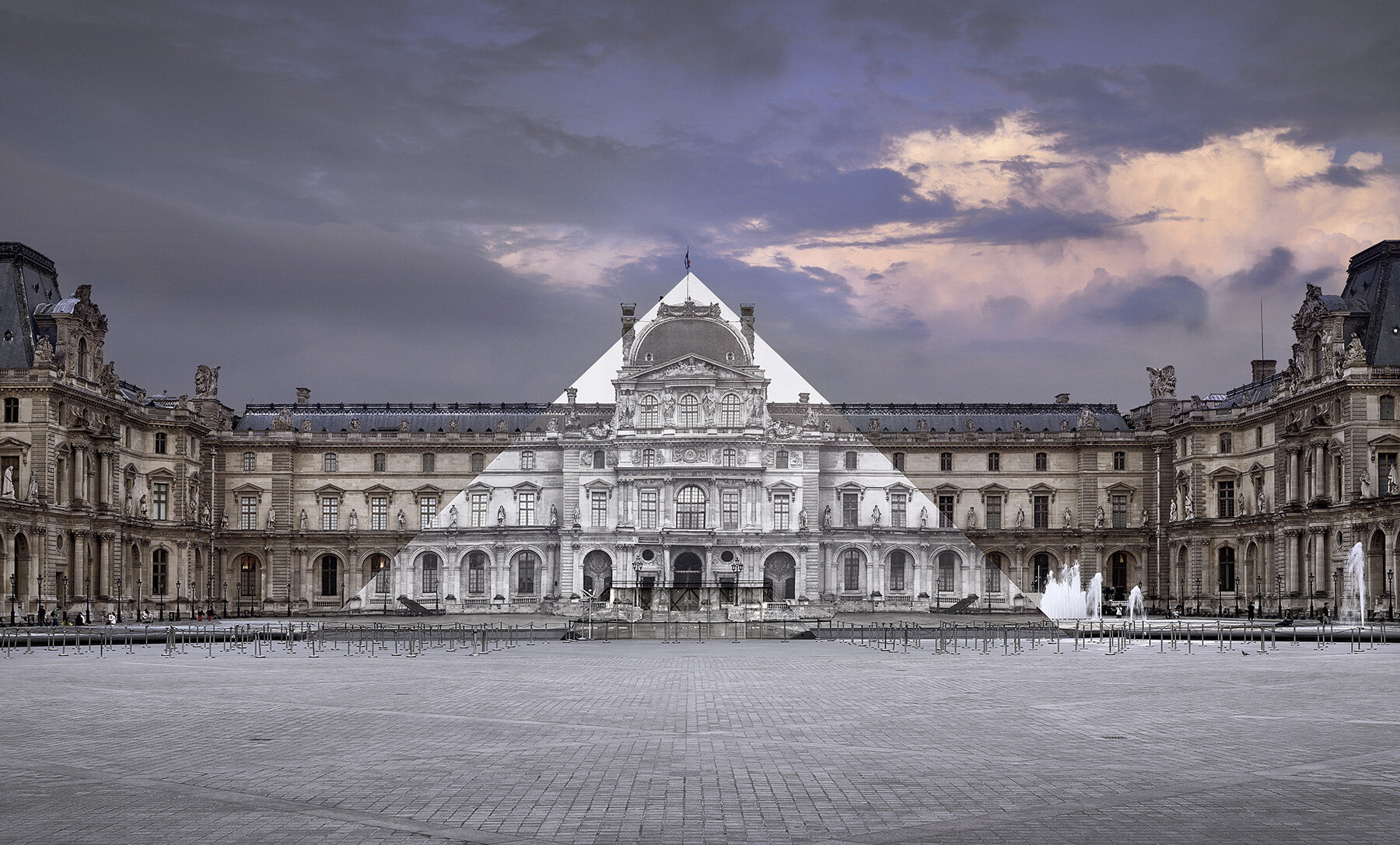 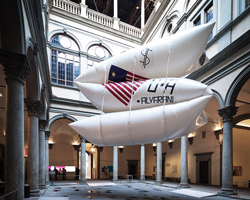