travelling to russia’s remote kolyuchin island, dmitry kokh came across some unexpected locals — a group of polar bears which had moved into an abandoned weather station. the moscow-based photographer is no stranger to wildlife, having filmed polar bears on drift ice, herons in their nests, and even seals and beluga whales beneath the waves. while he expected to run into polar bears during his 1,200 mile expedition, the new residents of this 1932-built complex proved to be a welcomed surprise. 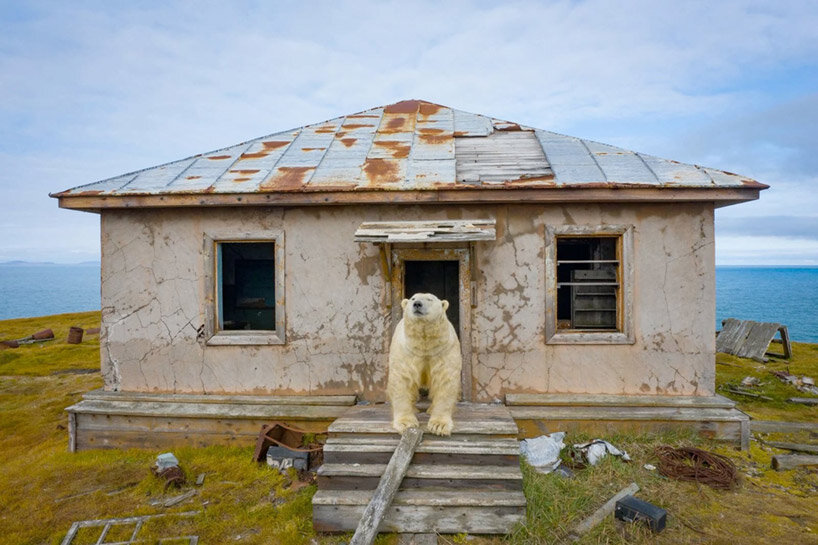 an unexpected home for polar bears

the polar bear photo series by dmitry kokh (see more here) was captured at the end of 2021. it offered a rare glimpse of the vacant island between russia and alaska, which had remained devoid of residential life since the weather station was retired in the 1990’s. the images bring new light to such a forgotten place, and highlight the adaptability of wildlife in a world so affected by humankind. the image centering the bear resting his arms on a window sill was even recognized by national geographic-organized contest and awarded first place in the ‘urban jungle’ category (see it here). 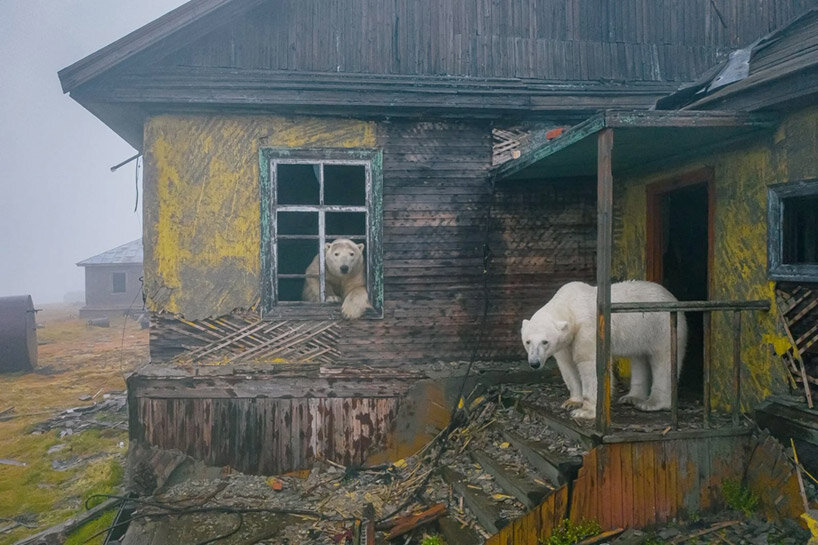 kolyuchin island is located off the coast of russia, in the chukchi sea 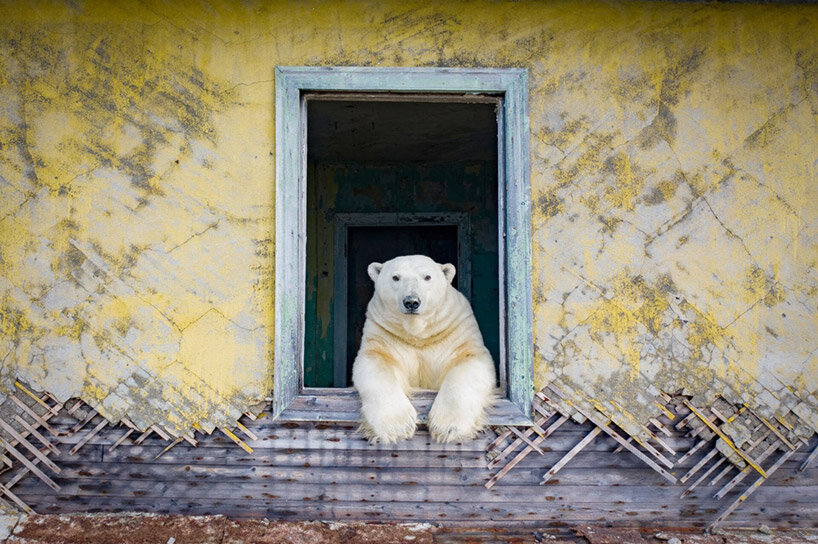 the award-winning image, given first place by national geographic 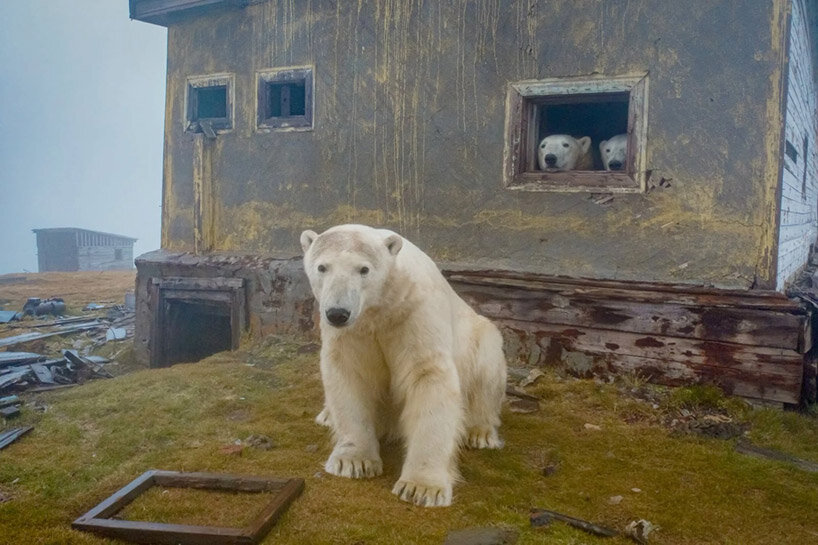 the small island is only 2.8 miles long 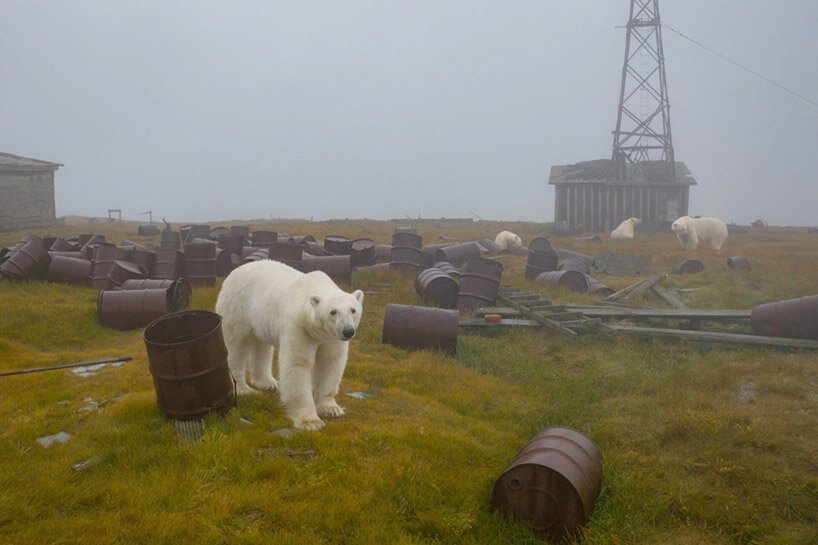 the bears live among rusted tanks and debris 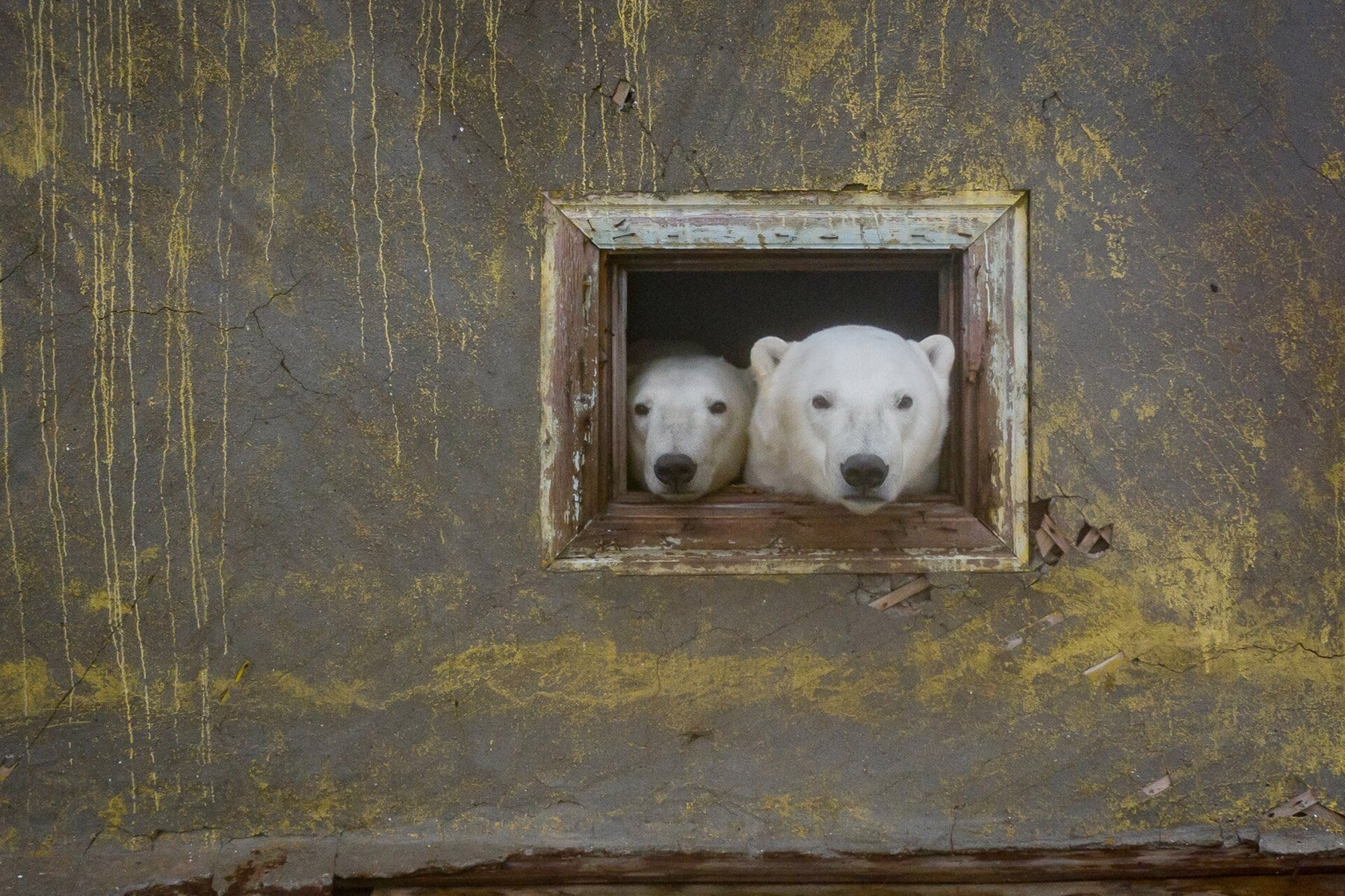 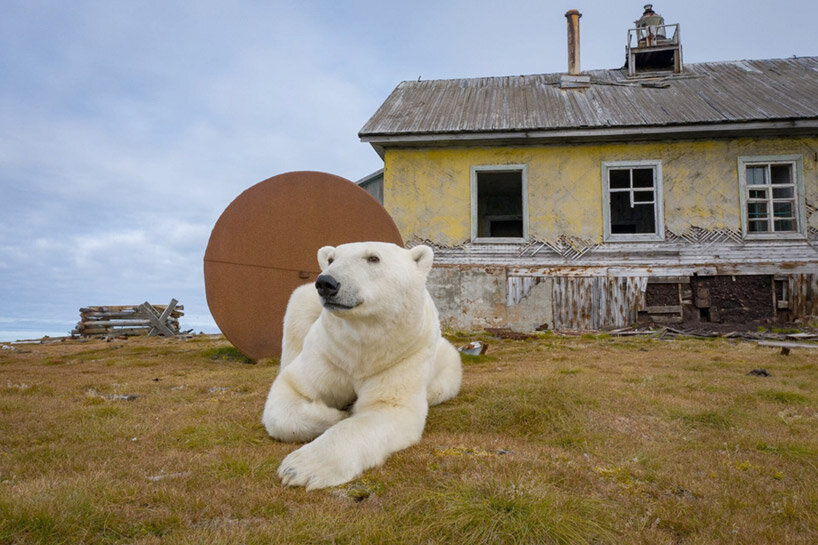 find prints of dmitry’s work on his site here 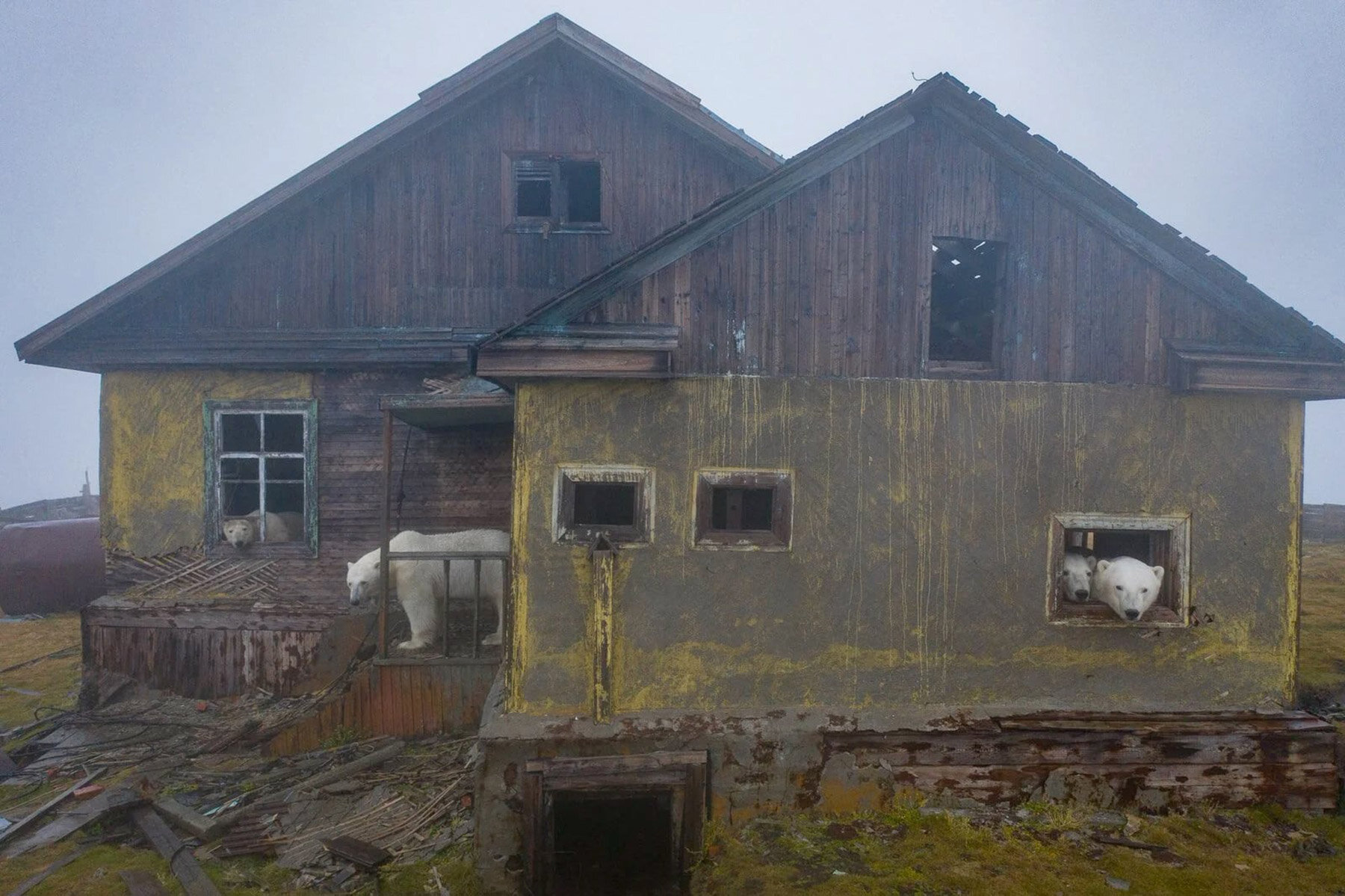 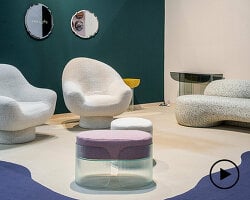