‘grid’ is an android-based operating system, featured on fusiongarage’s ‘grid4’ smartphone shown above and ‘grid10’ tablet

featured on the company’s ‘grid10‘ tablet and ‘grid4‘ smartphones, gridOS from fusiongarage is a operating system built on android, providing an intuitive user interface designed around a grid layout and wheel click navigation concept, while still supporting android apps.

the fluid layout of the homescreen is based on a large pannable gridspace. applications are primarily viewed on a split screen containing a left and/or top menu bar, with the applications running in the main space of the screen on a tile layout. a wheel-based interaction system facilitates cross-application browsing, permitting text to be highlighted and then with one click used to generate search results on wikipedia, map applications, media providers, and other sources.

apps are clustered by content. facebook and email accounts are all accessible via a multipane messaging section, and conversations with a particular person across platforms can be viewed together. the ‘heartbeat’ feature makes appointments, notifications, and new messages accessible from a single screen. each phone contact likewise functions as a centralized hub of messaging and social media notifications about the individual. browser-based video and group calling are built-in to the system.

exploration of the ‘contacts’ application

exploration of the ‘heartbeat’ notification interface

with a resolution of 1366 x 768 pixels over a 10.1-inch 4-point capacitive touchscreen, the wifi and bluetooth -ready ‘grid10’ features a 1.3-megapixel front camera, microSD slot, and build-in microphone and loudspeakers.

featuring a four-inch 480×800 pixel LCD screen, the ‘grid4’ contains no buttons other than a power switch, although it includes a front-facing 0.3-megapixel camera and rear 5-megapixel camera.

both devices are powered by dual-core processors: the tablet by the nvidia tegra 2 and the phone by a qualcomm snapdragon. both also feature a 3-axis gyroscope, accelerometer, ambient light sensor, and GPS, while the smartphone also contains a magnetometer. 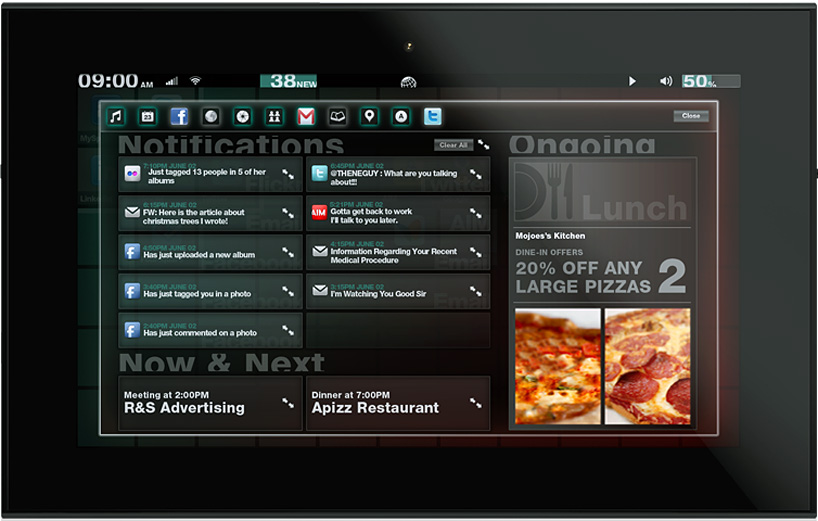 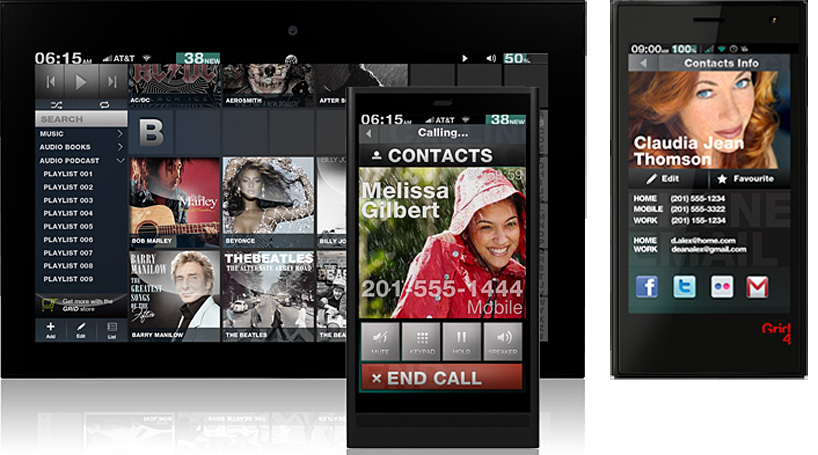 screenshots of ‘contacts’ application on ‘grid10’ and ‘grid4’

left: the embedded ‘grid map’ to the top right on the tile homescreen illustrates where on the wide pannable space of the screen the user currently is right: messaging center 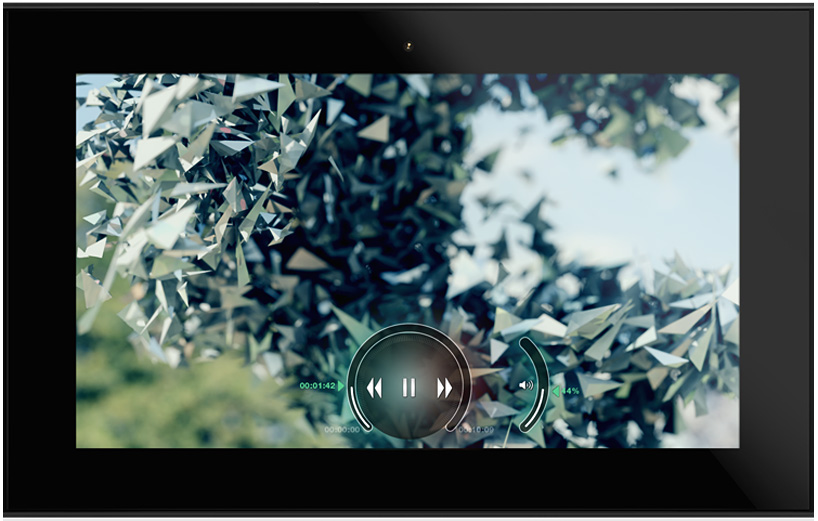 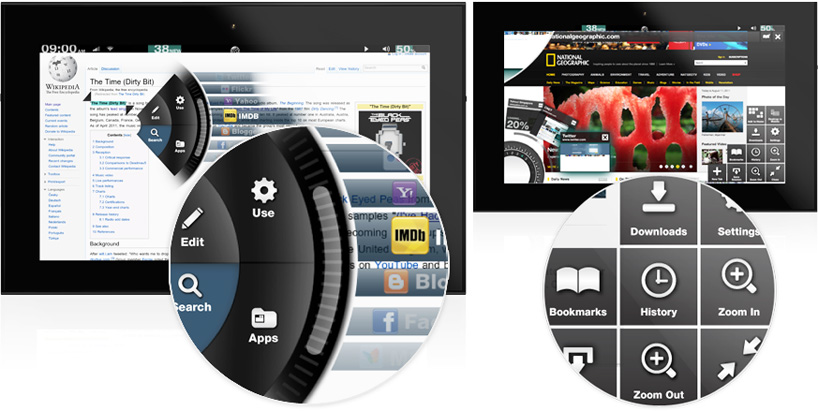 details on the wheel and other navigation features of the interface