hyperloop one, the global leader in developing the world’s first operational hyperloop, has revealed the first images of the test track for the futuristic transport system currently under construction in the nevada desert. the test site, known as ‘DevLoop,’ is a 500-meter, full scale hyperloop tunnel, and the first functional hyperloop system to ever be built. 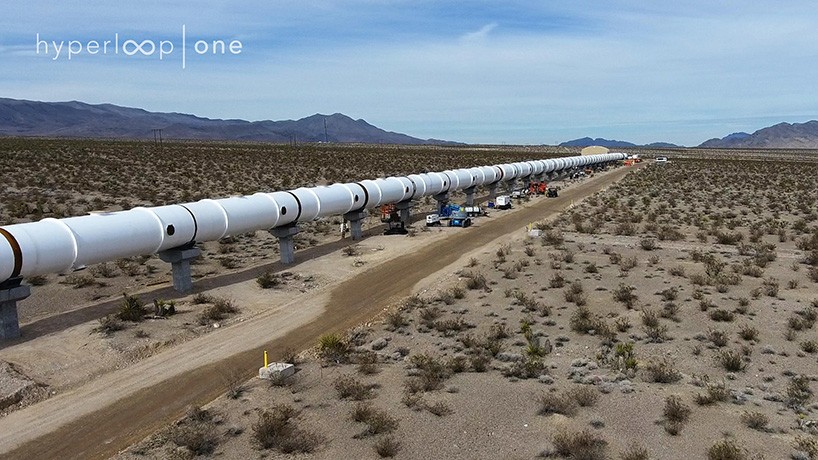 hyperloop one CEO rob lloyd shared images of the construction at the company’s 11th annual conference, proving that the company is indeed serious about the project and well underway to delivering the world’s first working hyperloop. the test track, which has a diameter of 3.3 meters, is located 30 minutes from las vegas in the nevada desert, and the company is expected to perform a public trial in the first half of 2017. 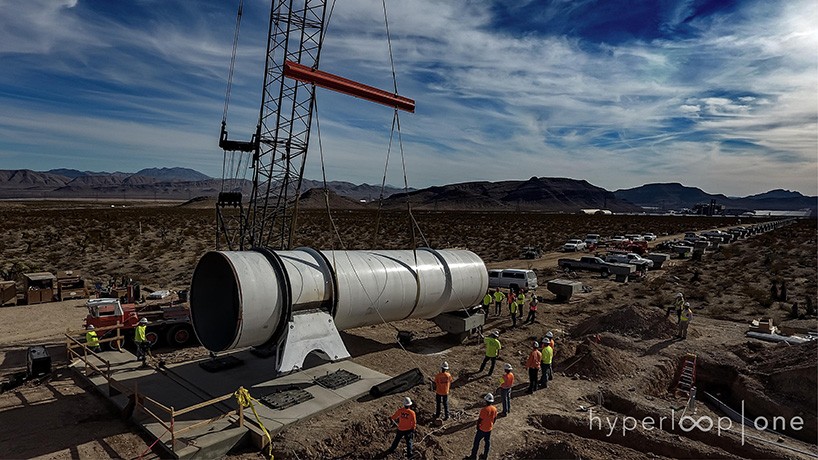 a hyperloop system is a new mode of transportation, that would proper a pod-like vehicle through a vacuum tunnel at a speed greater than an airplane. the system would be help individuals be anywhere and move anything with on-demand autonomous transport. hyperloop one wish to use the system to better connect the middle east region, creating a united arab emarites ‘pan-urban’ area with a 30-minute hyperloop journey between abu dhabi, dubai and al ain. 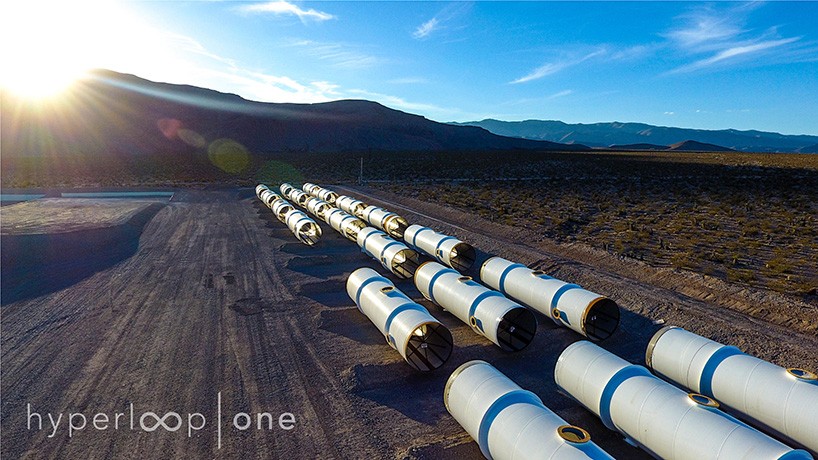 josh giegel, president of engineering and co-founder of hyperloop one elaborates on the project, stating ‘I am so excited to be able to share images of DevLoop at middle east rail and update the world on our progress. our team of more than 150 engineers, technicians and fabricators have been transforming what was, just over five months ago, a barren stretch of desert, into a hive of activity and now home to the world’s first full-scale hyperloop test site.’ 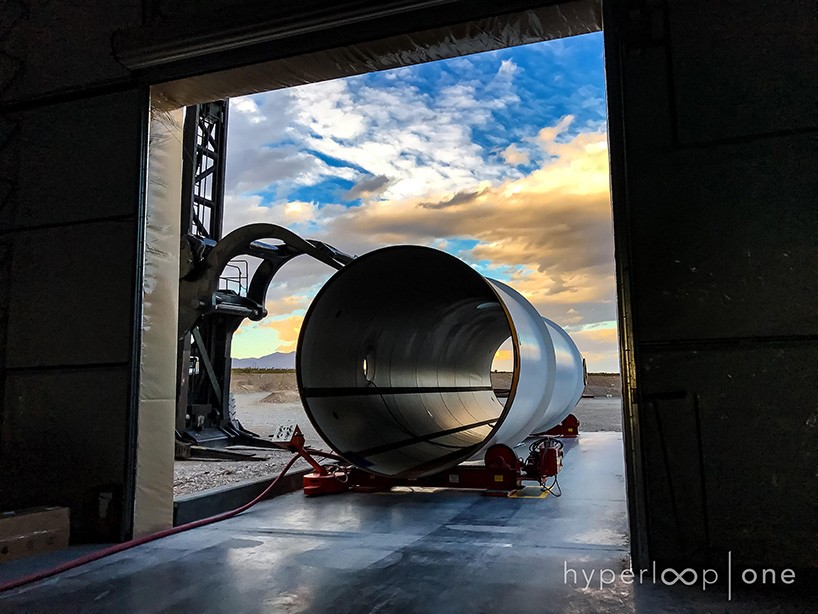 the team of over 240 employees are said to be ‘working tirelessly’ to eliminate the barriers of distance and time and reinvent transportation. the newly released images again demonstate the company’s rapid progress in developing the new system and making hyperloop transportation a feasible reality. 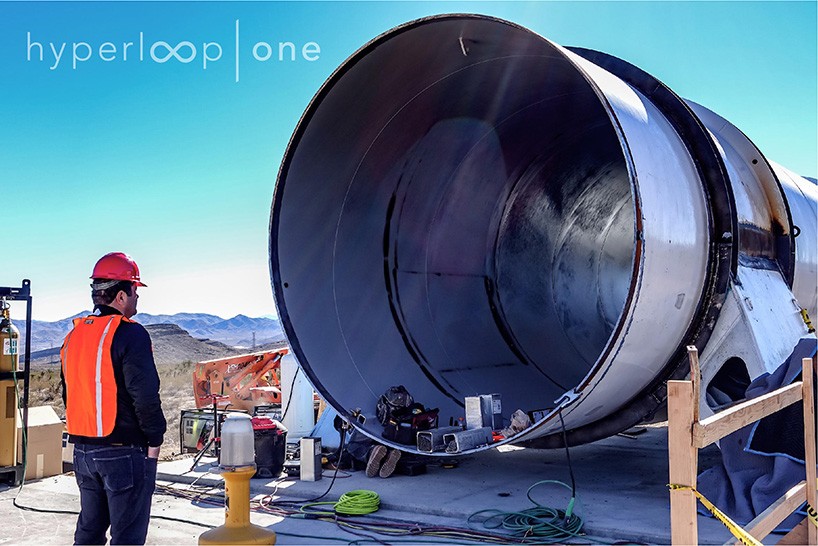 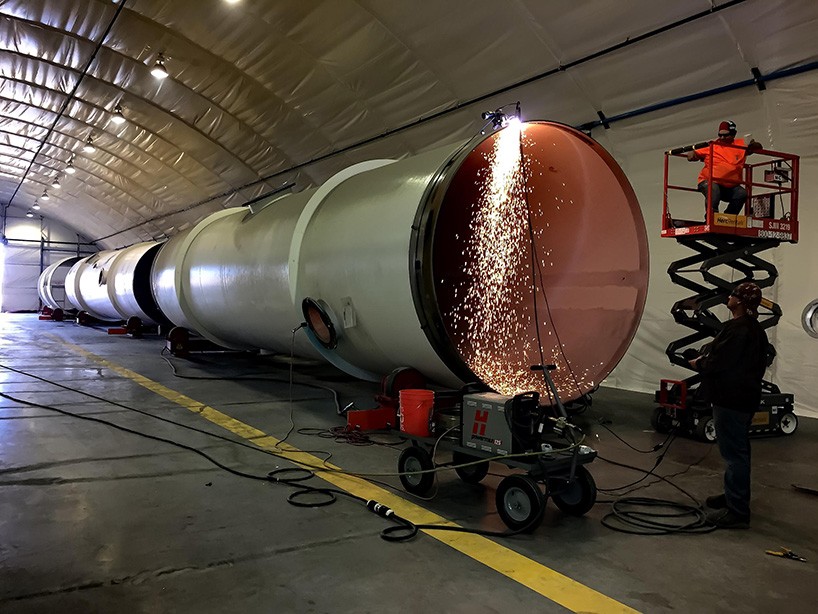 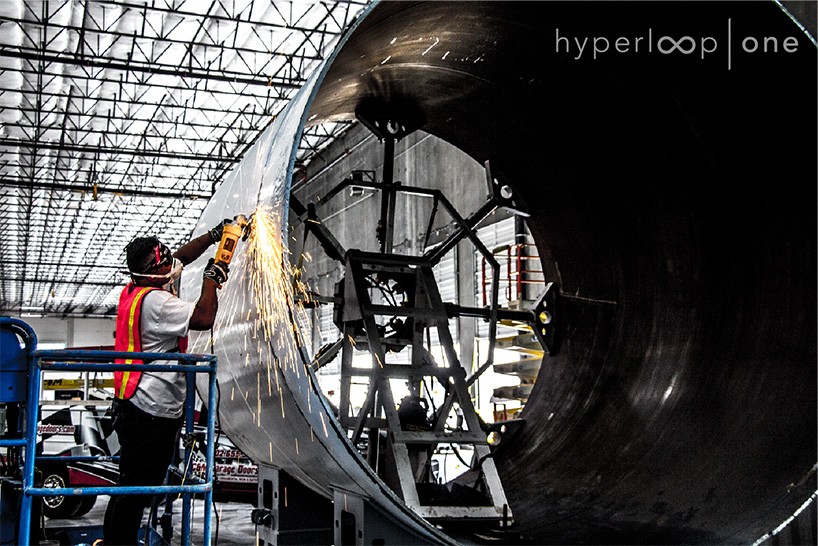 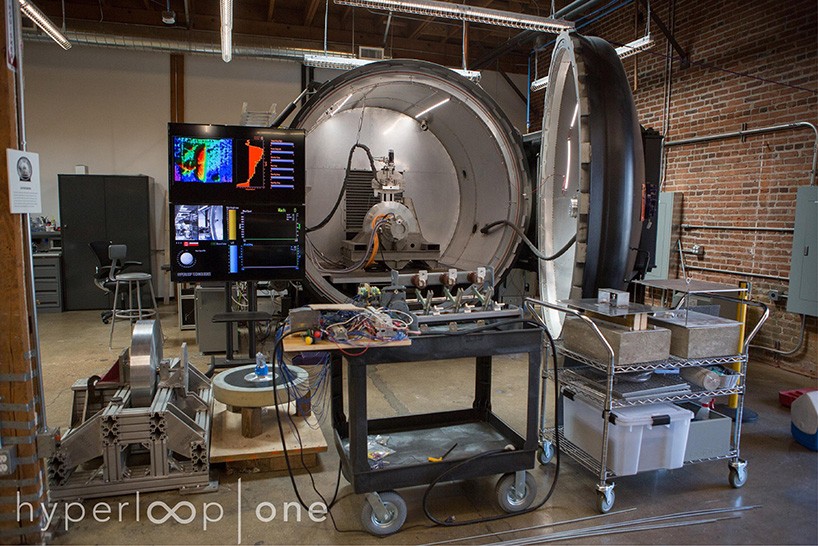 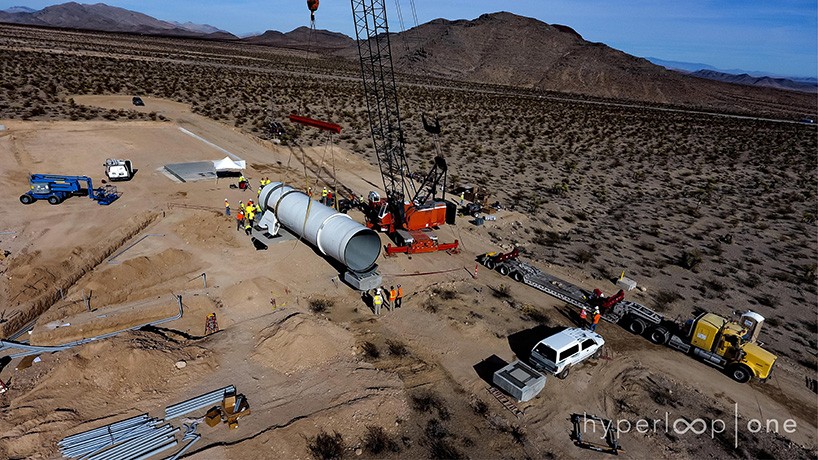 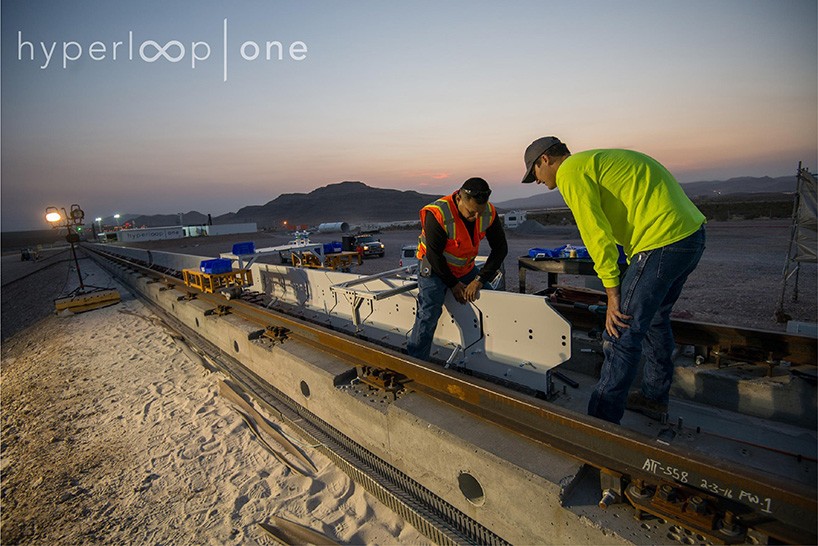 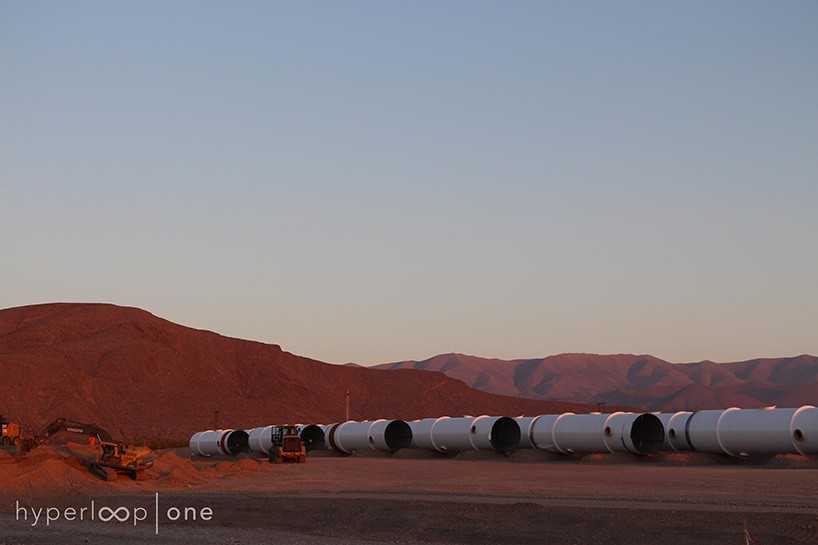