hyperloop one, a technology company aiming to build elon musk’s hyperloop, announces its first ever full-scale system test was a success. while it has its work cut-out before it can launch passenger-pods through tubes at supersonic speeds, it was able to levitate the moving test prototype over the huge track, in what the californian-company describes as its ‘kitty hawk’ moment. 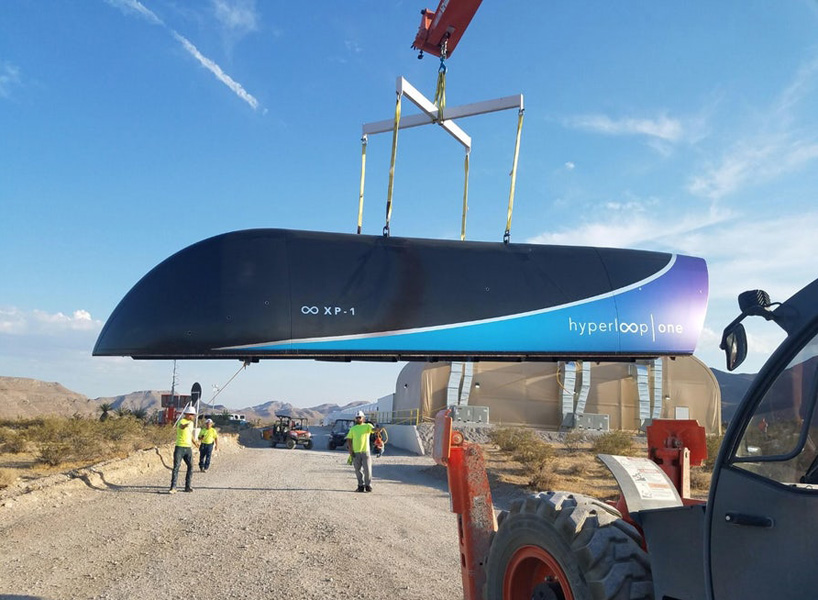 hyperloop one’s vision is to one day establish networks of vacuum-like tubes that shuttle passengers and cargo pods at close to the speed of sound. the hyperloop system could make it possible to travel between san francisco and los angeles in 30 minutes. in march the california-based company it revealed its full-scale test track in the nevada desert, and it is also conducting feasibility studies with governments in dubai, russia, and finland. 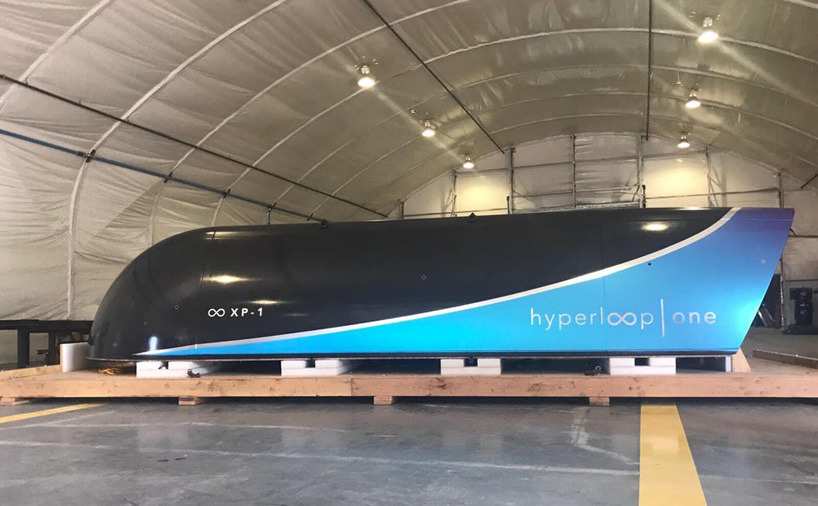 hyperloop one’s first full-systems-test took place in a private setting back on may 12. the practice sled only reached 70 mph (112 km/h), however it did see the team test all of the system’s components together for the first time; including the motor, vehicle suspension, magnetic levitation technology, and vacuum pumping system. the sled levitated above the track for 5.3 seconds using magnetics, reaching almost 2Gs of acceleration while hitting the target speed of 70 mph. when the test took place, the team reduced the pressure inside the test tube to around five pascals, which it says made it the fourth-largest vacuum chamber in the world. 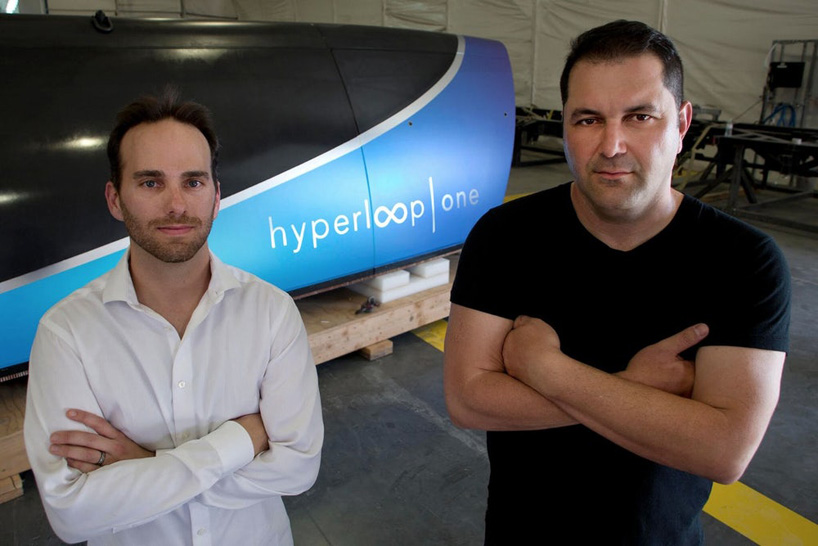 the californian-company has also unveiled a prototype of the passenger + cargo pod that will travel through its tubes. made from structural aluminum and carbon fiber, it measures8.5 m long (28 ft) and will demonstrate traveling along the track as the company moves into its next phase of testing, which will also include running the hyperloop at target speeds of 250 mph (400 km/h). 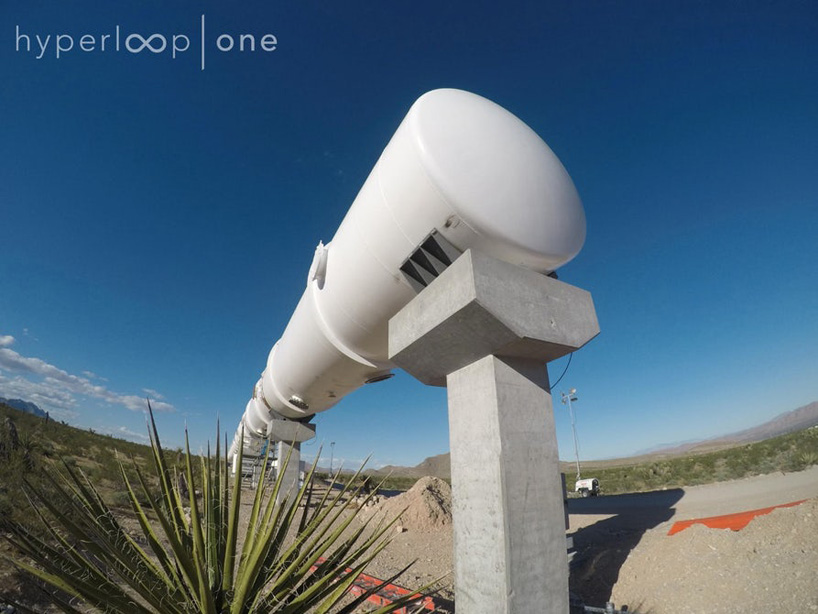 ‘hyperloop one has accomplished what no one has done before by successfully testing the first full scale hyperloop system,’ comments shervin pishevar, co-founder and executive chairman of hyperloop one. ‘by achieving full vacuum, we essentially invented our own sky in a tube, as if you’re flying at 200,000 feet in the air. for the first time in over 100 years, a new mode of transportation has been introduced. hyperloop is real, and it’s here now.’ 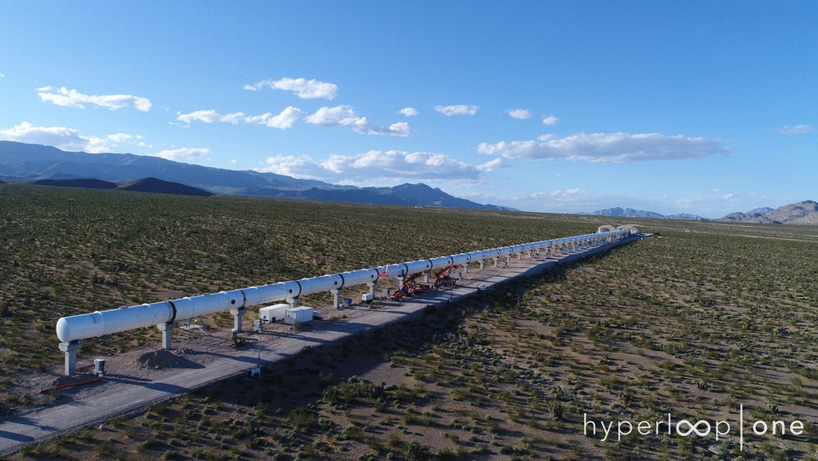