‘8-bit invader’ is a work of projection mapping created by czech designer pavel novák for the 5th anniversary of tomas bata university’s department of visual arts in zlín, czech republic.

the display playfully conflates the real and virtual worlds, first using the edifice simply as a surface onto which novák’s own fictional game ‘furniture catchers‘ is loaded via the command line. for a few seconds, pixelated people appear in the sites of the building’s real windows to drop furniture, which a digital truck on street level moves to try to catch. after an alleged system error converts the building temporarily into the ‘blue screen of death’, a series of iconic games are displayed in play, with architecture elements of the building incorporated into the gaming landscape. 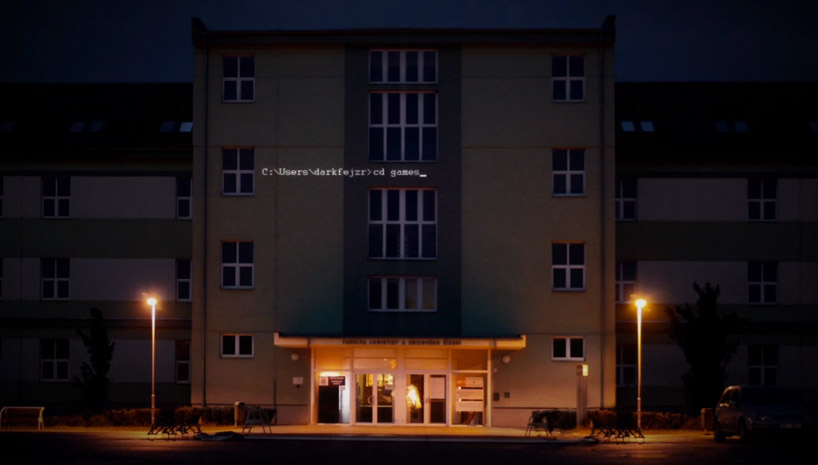 the simulation begins with a fake command line input screen 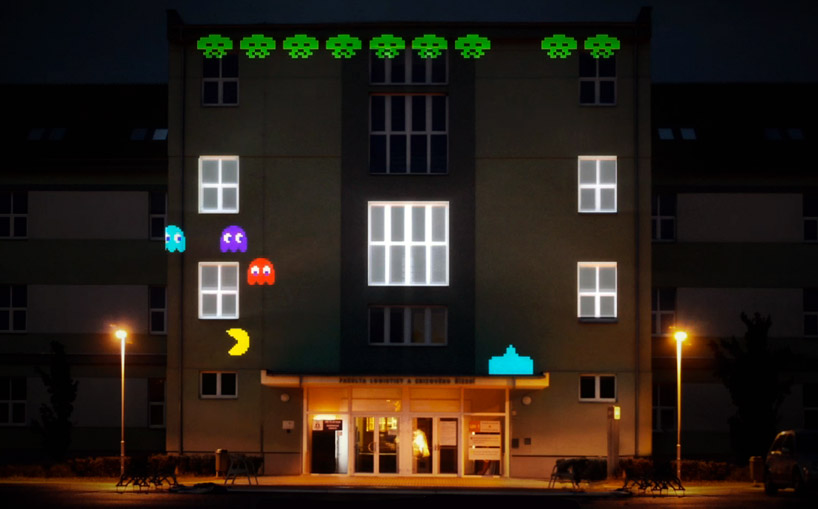 video of several projects, including ‘8-bit invader’, projection mapped at the event

designboom in collaboration with INFINITI is offering an international competition asking participants to design spectacular or interactive digital artworks, to be installed throughout europe and voted on to win the 10,000 euro first prize.

submissions may take the form of projection mapping, interactive sculptures, video or flash files, processing or max applications, or other digitally mediated works, but register now! the first round of the competition, featuring the theme ‘inspired performance’, ends friday, july 8th.