55 years after the last model rolled off the factory line, production of the aston martin DB5 has started again, specifically with a goldfinger continuation edition. fewer than 900 models of the ‘most famous car in the world’ were built between 1963 and 1965, with the most famous of the original owners being james bond, who drove the car in the 1964 film, goldfinger. the first of the new run is limited to 25 customers cars, priced at a minimum of £2.75m GBP, and comes with gadgets and all. 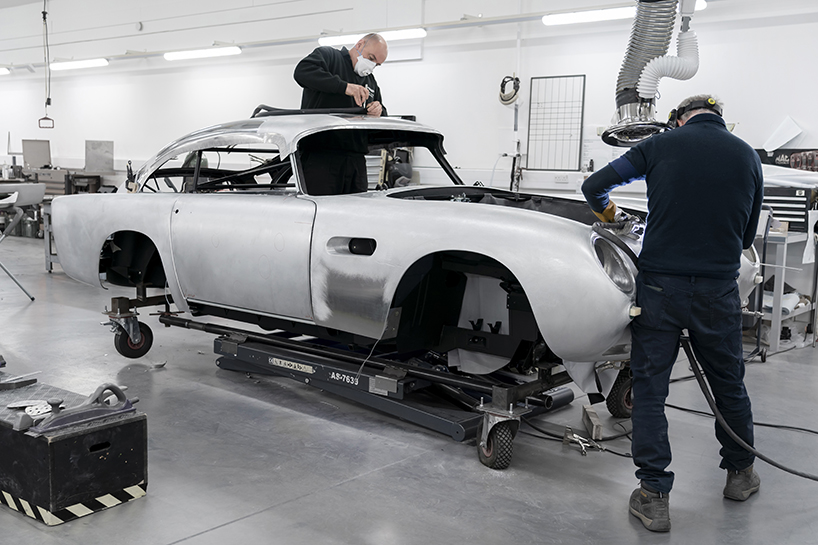 it is 55 years since the famed model last rolled off the production line at their then global manufacturing base in newport pagnell, buckinghamshire, UK. the aston martin DB5 continuation models are being crafted in the same factory, building upon the unique location’s knowledgeable team dedicated to restorations. with the highest levels of quality and reliability, their meticulous construction process takes around 4,500 hours per car. the styled aluminum body panels, which wrap around a mild steel chassis structure, adorn one exterior color – silver birch paint – just like the original. 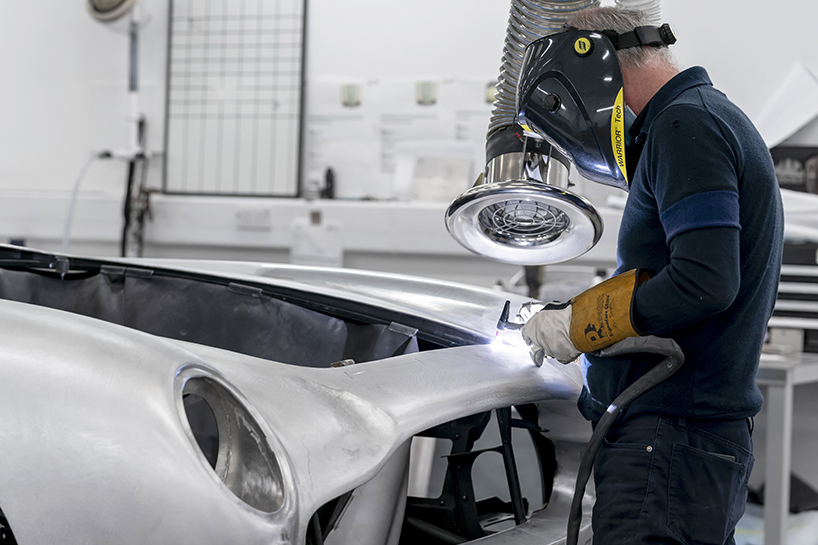 each model is an authentic reproduction, but there are sympathetic applications of modern engineering advancements and performance enhancements to ensure it meets the standard of the modern day. under the bonnet, there is a 4.0-liter naturally aspirated inline six-cylinder engine with a six-plug head, three SU carburettors and pol cooler. this produces 290 bhp and is paired with a five-speed ZF manual transmission in the rear-wheel drive. 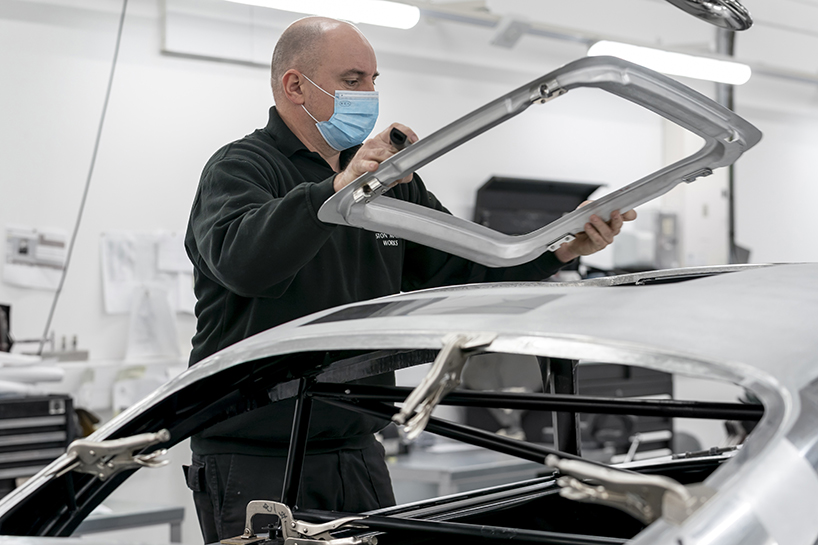 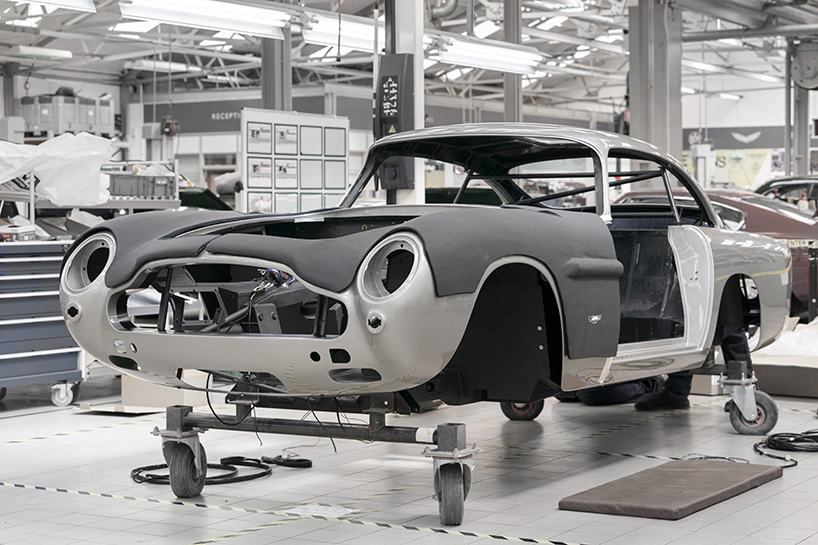 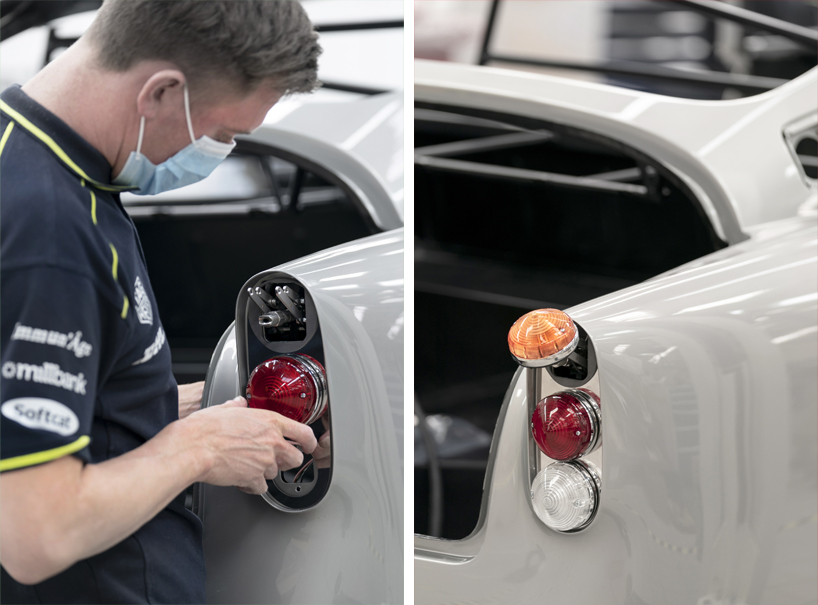 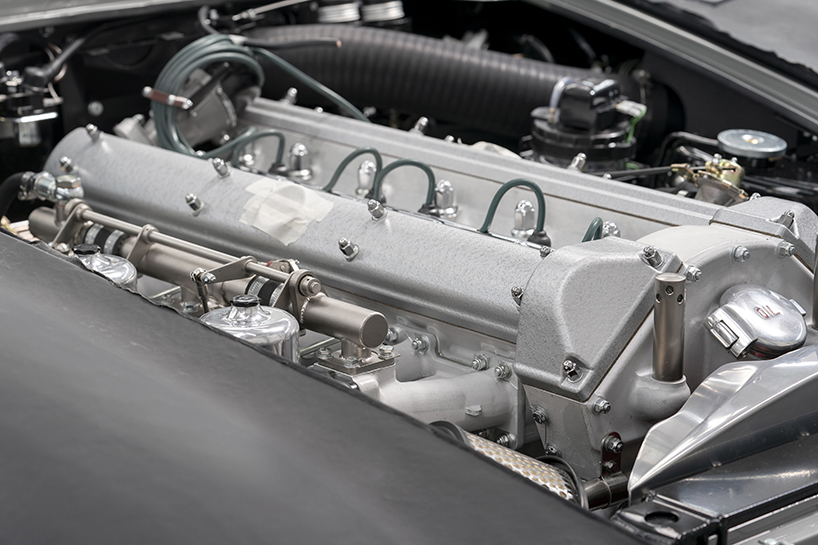 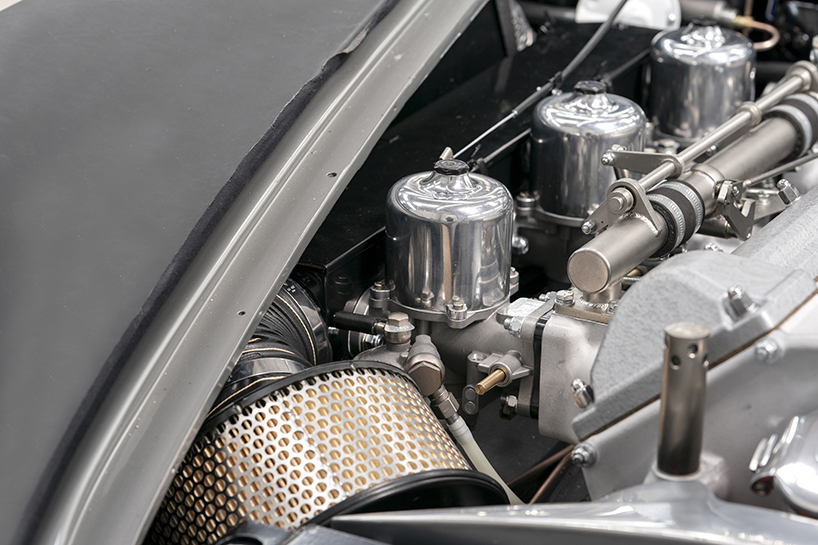 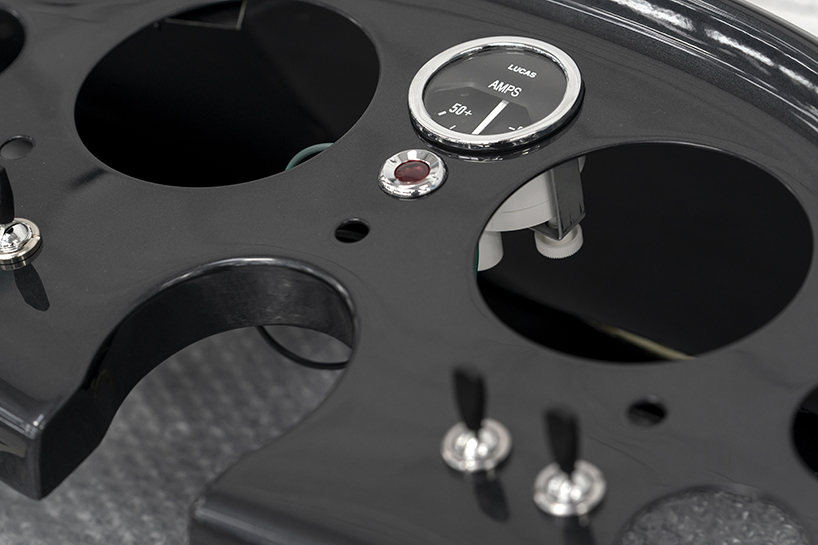 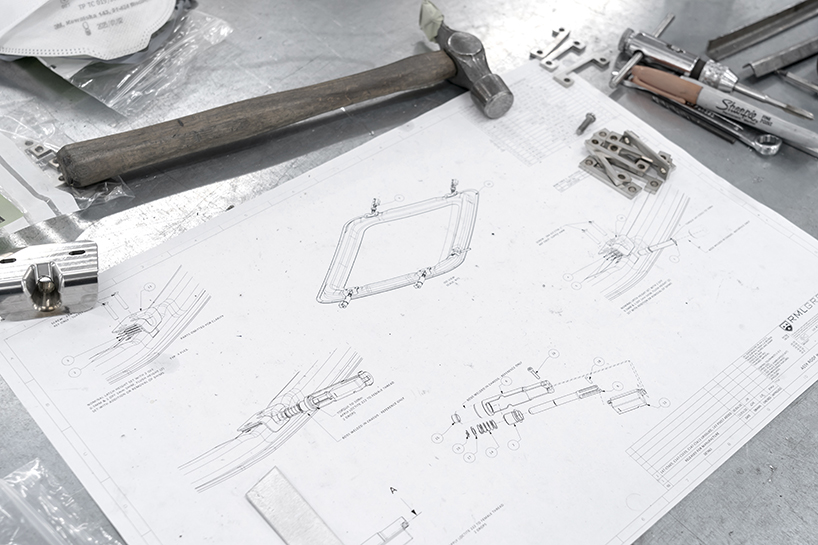 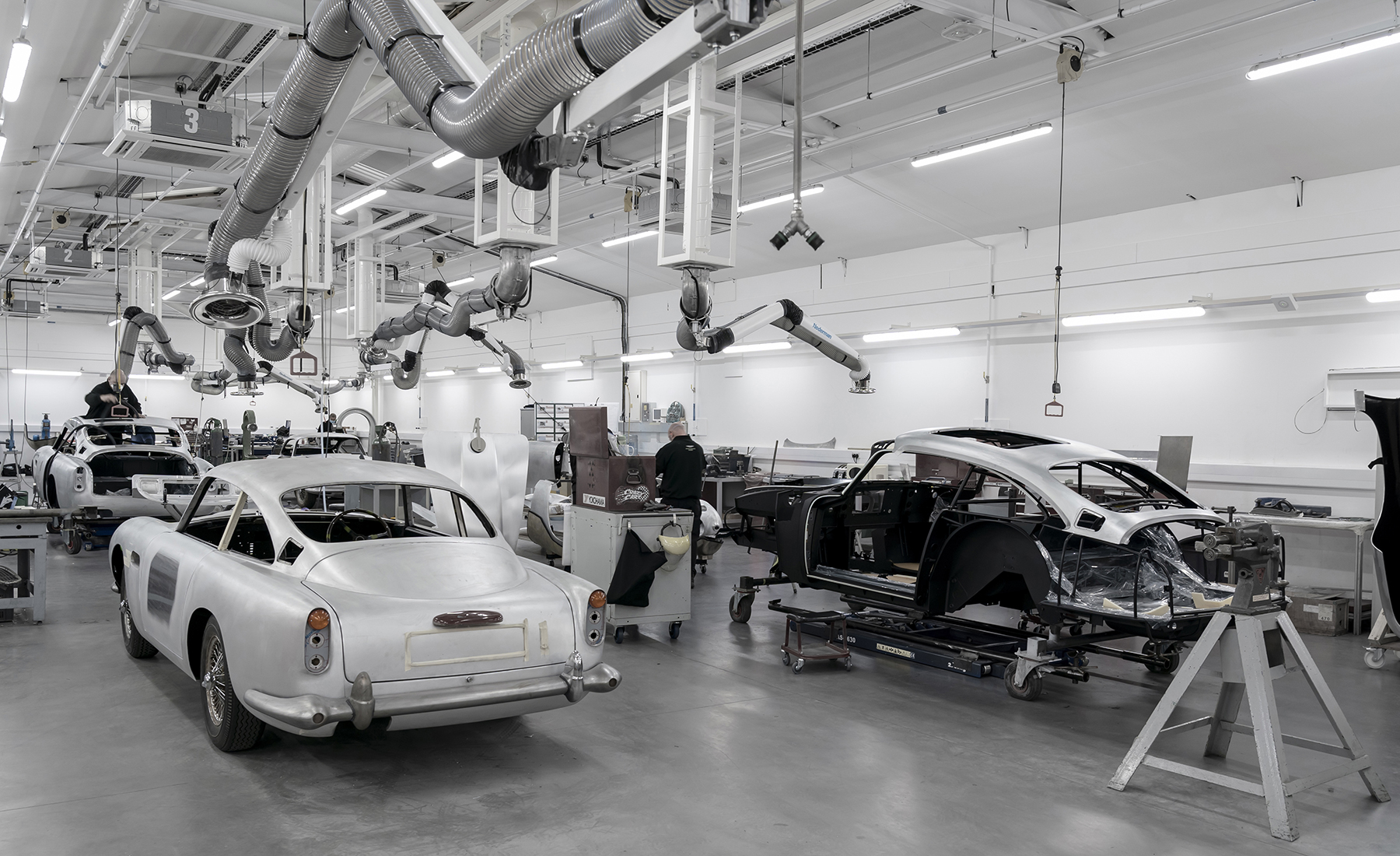